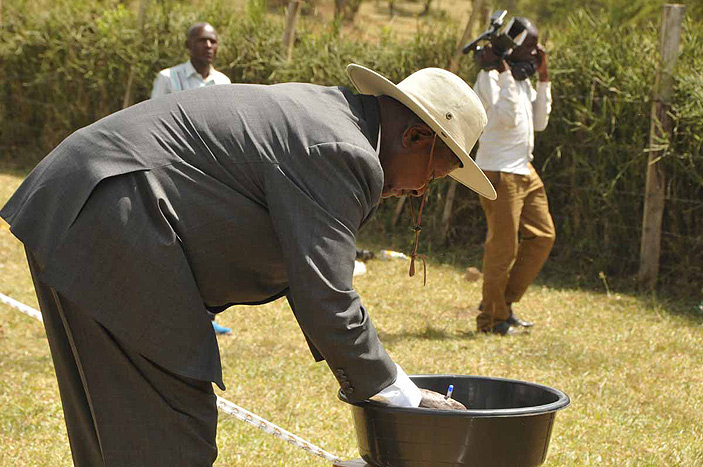 “Nobody has got power to announce the elections results. If one does, that person will be arrested and prosecuted in accordance with the law,” he said.

President Yoweri Museveni has said that the National Resistance Movement (NRM) will win the election that took place on Thursday because of the development programmes that the Movement has carried out in the country.

He observed that the real life of the people depends on production and other undertakings that help to enhance people's standard of living.

The President was responding to questions fielded by the media immediately after he had voted at Kaaro High School in Kenshunga Sub-County in Kiruhuura district.

Museveni, who arrived at the polling station in the afternoon at 3.00 p.m., stood in the line with wananchi as he waited for his turn to vote. 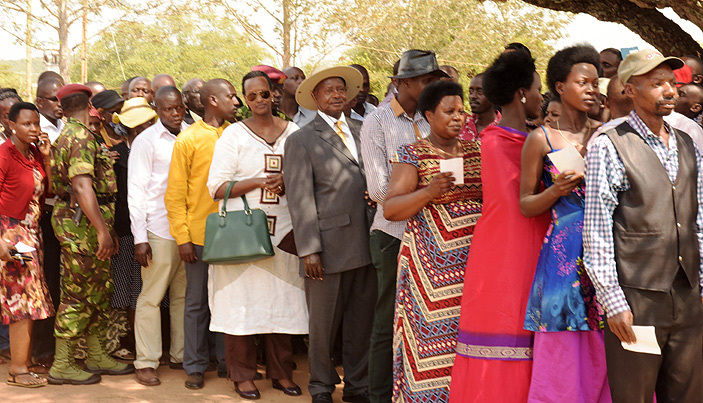 Museveni is the NRM's Presidential Candidate in the 2016 race. Other contenders, who have been in the race since November last year, include Dr. Kiiza Besigye, Amama Mbabazi, Abed Bwanika, Benon Biraaro, Maureen Kyalya, Venencious Baryamureeba and Joseph Mabirizi.

President Museveni urged the people of Uganda to be calm as they await the results of the elections. He said that in instances where there was late arrival of ballot papers, the Electoral Law allows election officials to extend the hours of voting so that every citizen participates in the general elections' exercise.

Asked about the announcement of the elections' results, the President made it clear that nobody is allowed to announce the results except the Electoral Commission.

"Nobody has got power to announce the elections results. If one does, that person will be arrested and prosecuted in accordance with the law," he said.

He assured the country that the elections would be peaceful without any form of violence.