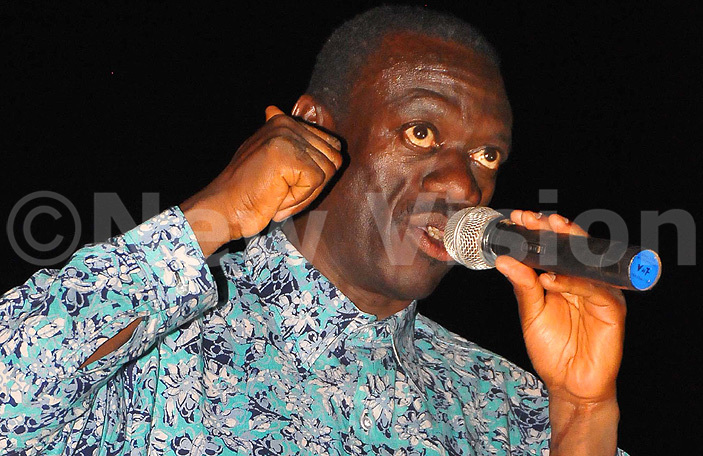 Besigye cast his ballot from his home district of Runkungiri and had returned to Kampala.

In tow with Kampala Lord Mayor, Erias Lukwago and hordes of his supporters, Besigye demanded access to the house along Katalima Road claiming it was being used to rig the elections.

"What Police equipment are you keeping here? We cannot engage in vote rigging. This is our country and this must stop," a fiery Besigye told the police officers guarding the house.

Besigye was denied access to the building that Police later said was a crime intelligence office for Police operations.

Police spokesperson, Fred Enanga, explained that the posh house located at Naguru was one of two offices of the crime intelligence unit curved out of the Criminal Investigations Directorate (CIID).

Enanga denied that Police arrested Besigye following his confrontation with police officers and maintained he was only escorted back to his home in Kasangati.

"We only escorted him to his home. A civilian cannot just invade a security facility," he told New Vision.

Besigye cast his ballot from his home district of Runkungiri and had returned to Kampala. It's about 120km from Rukungiri to Kampala.