Home
NEWS
MEDIA
Supplements
Tenders
Notices
The Uganda Cranes suffer defeat to Zimbabwe in their last Group D fixture, dumping them out of the competition.

It turned out an all-too-familiar script for Uganda in the African Nations Championship (CHAN) after Wednesday's draw against Zimbabwe was insufficient to take The Cranes past the group stage.


To progress, Coach Milutin Sredojević's side needed to beat the Warriors by a good margin at Umuganda Stadium and hope that Zambia defeat Mali in Kigali in the other Group D tie played concurrently.

But after a drab opening half, the Ugandans' task was compounded even more when William Manondo pounced four minutes after restart to give Zimbabwe the lead.

He should have added another late on, but he let his right-foot effort roll several inches off-target.

And just when the Zimbabweans thought they would be the runaway winners of the day, Geoffrey Sserunkuuma nodded home an equalizer to deny the Warriors a consolation victory on artificial turf.

Earlier, at the hour mark, Micho brought on forward Caesar Okhuti in place of defender Richard Kasagga to revive an already difficult mission - with Uganda trailing at the time.

The substitute, who plays for KCCA FC, almost found the equalizer when he wonderfully broke into the box but goalkeeper Tatenda Mkuruva closed in to block his fierce shot. 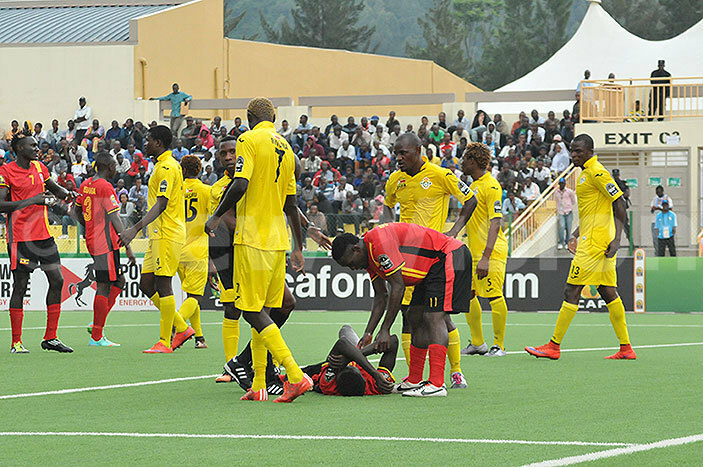 Scenes that the Ugandan camp did not want to see happen. (Credit: Norman Katende)

But as long as his attacking teammates, boosted by the return of captain Farouk Miya from injury, did not score, Alitho's efforts were a waste of time.

The lanky goalkeeper was given a chance after Micho rested Mathias Kigonya, introduced for the Zambia game after first-choice custodian Ismail Watenga picked up an injury in the opening tie.

Alitho dealt with several efforts directed his way by the marauding Warriors but all his hardwork would only count if The Cranes struck on the other end of the pitch. Never so. In fact, it was not until the very end of the game that they even found the equalizer - at this time, already too late.

They say it's not over until it's over and perhaps that's what kept Micho's boys going, but the 0-0 draw playing out on the other end at Nyamirambo added bad taste to The Cranes' target.

Coming into this game, Zimbabwe were already out, having lost their first two games, but they themselves will fly back home feeling gutted that they could not exit with at least a win, having let their lead slip through their fingers seconds before the final whistle.

And for The Cranes, it will be yet another failed CHAN campaign, and they will painfully look back at that opening game against Mali in which they twice led but failed to win. Victory definitely would have changed the dimension of their term.

Their following 1-0 defeat to Zambia complicated matters for the reigning Cecafa champions and with Mali beating Zimbabwe that same day, The Cranes' fate flew right out of their hands.

2012 Africa Nations Cup winners Zambia and Mali are safe on the other side, and will face Guinea and Tunisia in the quarter-finals, respectively.

Hosts Rwanda will play neighbours DR Congo in the last eight while Cameroon and Ivory Coast will also face off in the quarters.

Meanwhile, it is still a busy year for The Uganda Cranes: major focus will turn on qualification for the African Cup of Nations (AFCON) as well as the 2018 World Cup qualifiers group stages for which Uganda qualified in November last year. 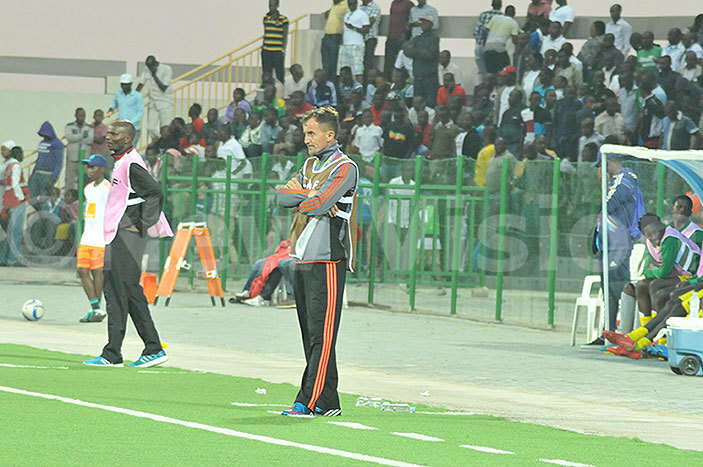 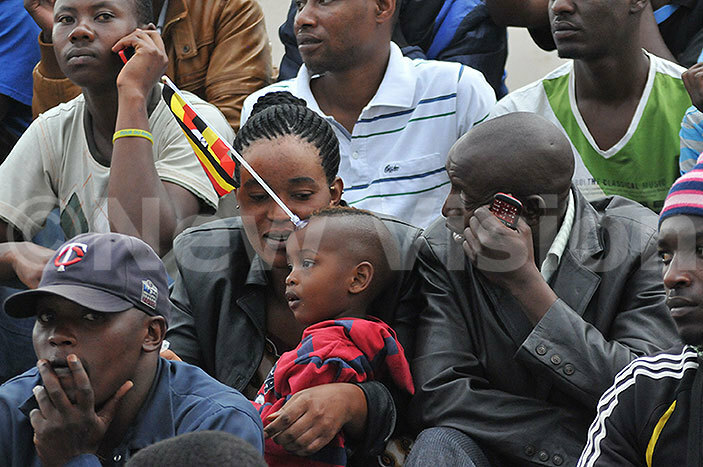 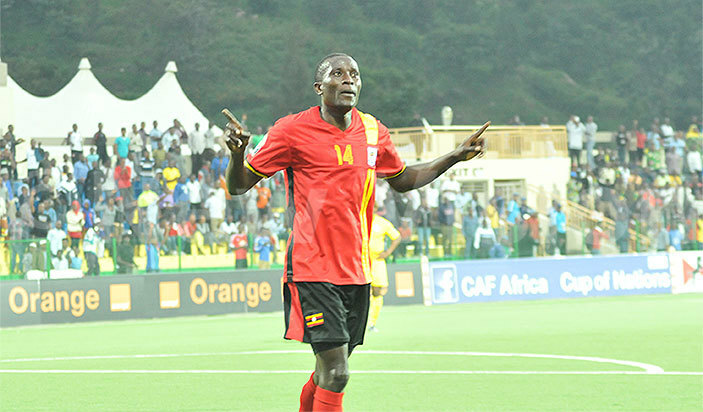 GEOFFREY SSERUNKUUMA: The man who snatched an equalizer for The Cranes . . . right at the very end. (Credit: Norman Katende)