There was panic at Uganda House in Kampala on Tuesday as motorists and members of the public ran for their lives after a Umeme power transformer blew up.

The transformer, located in the basement of one of the tallest and oldest buildings in the city exploded leading to a heavy smoke that caused panic to the occupants of the building.

The afternoon blast caught members of the public by surprise with people running for safety with most of them fearing it was a terror attack.

The explosion was followed by a blackout in all the adjacent buildings bringing business to a standstill.

Few minutes after the blast, the Police Fire Brigade services team led by the director, Joseph Mugisa stormed the building to avoid a blaze.

"We rushed here after getting news of an explosion. We managed to control it on time and right now the building is safe," Mugisa told New Vision.

He affirmed that they managed to rescue four people who were stuck in the building elevator but they escaped without any injuries. 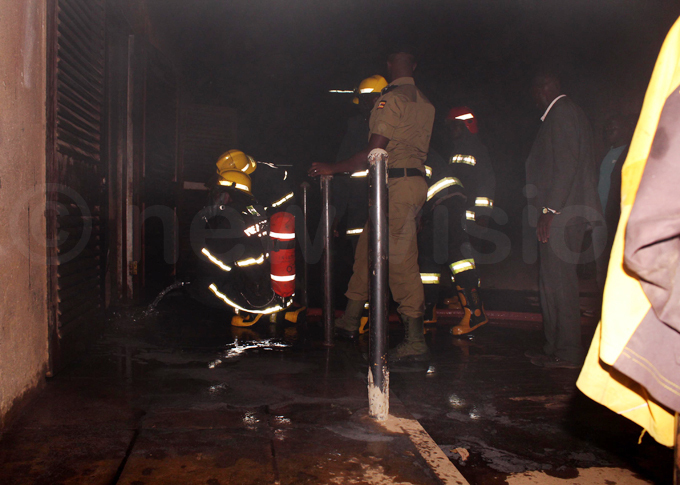 UPC president, Jimmy Akena said he was happy that no life and property was lost.

"I thank the police who responded on time and saved the building from further damages," he said.

Members of the pubic caught in the melee said that most of them took off without even wanting to find out what had happened because they have always been cautioned to be vigilant.

Apollo Lwanga a businessman at the building said the explosion was followed by deafening sounds that sounded like gun shots and they thought they had been attacked by terrorists.