NATIONAL Water and Sewerage Corporation (NWSC) Managing Director, Dr.  Eng Silver Mugisha has said there will be water shortage in Kampala and its surrounding areas between January and March.

Mugisha revealed that during this period, hilly areas and those far away from the treatment works will be the most affected.

"During this period, we normally experience severe dry spells that affect water supply because the consumption patterns change as demand goes up. I appeal to the general public to sparingly use the available water," said Byamugisha

Samuel Apedel, the public relations officer, NWSC explained that there will be rationing of the water supply between places with efficient water supply and those with difficulties in accessing water.

"Within this period, places will not have water 24/7, supply will be switching between places at some hours, and this is for the purpose of rationing. However, people with water storage facilities will be at an advantage because may not realize the absence of the water," he said.

Mugisha said the problem will be short lived because there are water supply interventions for Kampala being put in place to boost water supply. 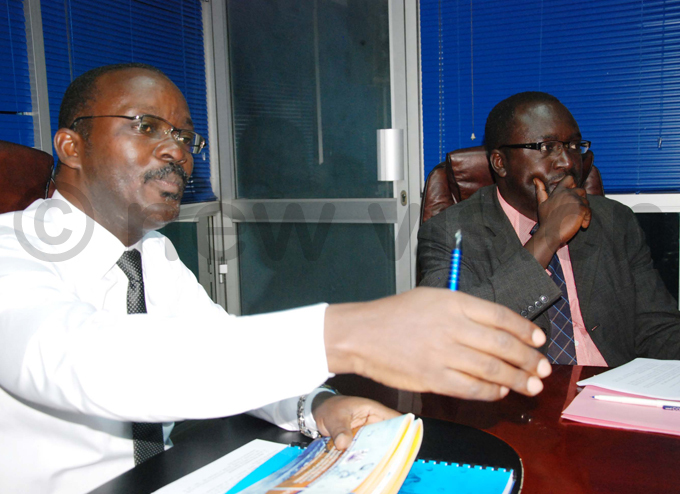 Interventions include addition of 50-60m litres per day of water to the already existing 190m litres/day installed capacity for Kampala City, totaling to 240-250m litres per day supply to meet the current demand of 240m litres for people of Kampala.

All these projected are yet to be completed and are slated to be commissioned in February 2016.

He said the corporation was receiving many complaints from customers decrying high prices of water.

"We do not charge for water from the lake, the charge on water is only for treating it using chemicals, pumping it using electricity and distributing it to the customer through pipes," he explained.

The average price for a 20 litre jerrycan of water is 37/= on a public stand pipe for low-income communities.

The cost of water varies in different parts of Kampala. For instance in Kisaasi, a 20 litre jerrycan costs between sh100 to 200, in areas around Kireka, Mulago, Bugolobi, it costs sh200 while in places like Mengo and Lungujja, a jerrycan is at sh200

Whereas NWSC is committed to 100% service coverage, about 25% of the urban population does not have easy access to piped water.