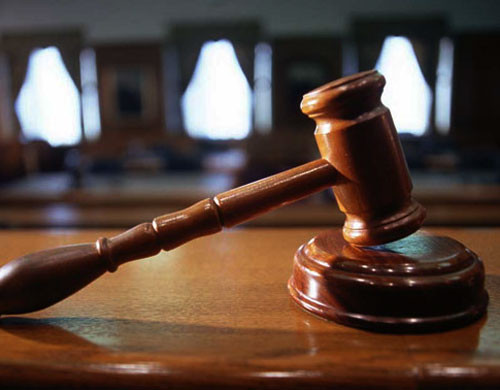 The Judiciary has pledged to empower Local Council Courts(LCCs) in an effort to realise the arm’s vision of  Justice for All, as a means of enabling accessibility to  justice countrywide.

The pledge was made on Monday September 28 by the Principal Judge(PJ) Yorokamu Bamwine at the close-out ceremony of the LCCs Capacity Building Programme.

The Head of the Anti-Corruption Court Justice Paul Mugamba, represented the PJ at the ceremony held at the International Law Institute-African Centre for Legal  Excellence(ILI-ACLE).

In Bamwine’s keynote address, he noted that the Judiciary is cognisant of the pivotal role played by LCCs.

“Access to the independent,competent, trusted and accountable justice administered by the Judiciary is of paramount importance, and it is in this vein that the Judiciary is represented here to acknowledge the role of LCCs,” Bamwine stated, in the speech read by Mugamba.

Adding: “As a testament to their accessibility,it is estimated that approximately 80% of Ugandans use LCCs to  resolve disputes.”

In September 2013, the Local Government ministry and the, through the Justice Law and Order Sector(JLOS), the Democratic Governance Facility, and ILI-ACLE, entered a memorandum of understanding to develop LCCs.

ILI-ACLE co-founder Swithin Munyantwali, said the programme was a comprehensive effort to strengthen the capacity of LCCs. He added that investment in LCCs is a worthwhile venture

The Assistant commissioner Local Councils in the Local Government ministry, Swizin Mugyema, explained that initially, there were some reservations by some stakeholders who regarded the initiative as a high risk venture.

He said the pessimists later embraced the programme when they realised that it was of value to the community.

A total of 639 LCIII courts across 45 districts were re-established, and training provided to 1125 LCC III members.The programme established a cadre of 903 trainers from the Local Government ministry.

She noted that since 1992, government has pursued  decentralisation, from which the LCCs are premised.

Makerere University law don Dr Zahara Nampewo, who led a team that conducted an evaluation of the programme, gave highlights of the report. She proposed that ILI trains ministry staff and conducts quality assurance.

LCCs are formalised by law under the 2006 LCC Act and the 2007 LCC Regulations.