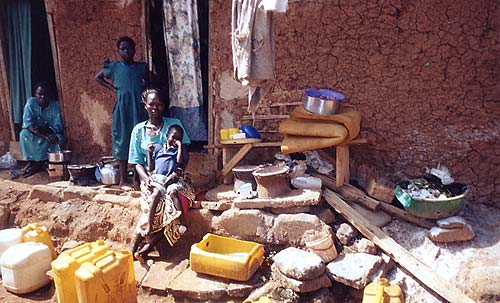 About 67% of Ugandans are either poor or highly vulnerable to poverty, the expenditure review for Uganda 2012 by the Directorate of Social Protection in the gender ministry has revealed.

Dr. Fred Matovu, a senior lecturer of economics at Makerere University, who participated in the review, said the study was aimed at establishing the number of Ugandans who require social protection due to their susceptibility to poverty.

“According to the World Bank, even those who are below twice the poverty line are likely to fall back into poverty,” Matovu explained.

Severity of the matter

Going by the United Nation’s Fund for Population Activities (UNFPA), Uganda currently has 34.5 million people, meaning about 23.1 million are prone to poverty, and about 8.4 million of them (about 24.5%) are trapped in absolute poverty.

Matovu was speaking last week at Makerere University at the release of the report he co-investigated with Dr. Patrick Birungi of the National Planning Authority.

The study sampled 1,496 households in the districts of Moroto, Dokolo and Masindi. The two-year study was funded by the International Development Research Centre. Birungi noted that the research was also aimed at establishing the shocks and risks  faced by vulnerable groups in Uganda, coping mechanisms used to address the risks and the role of formal and informal social protection systems in addressing the shocks.

Through literature reviews, focus group discussions, structured household interviews and stakeholder consultations, it emerged that social protection mechanisms are central to protecting and uplifting the poor and vulnerable communities to a level where they can achieve their full productivity potential.

Drought and floods and economic shocks such as high prices for goods and inputs and low prices of farm produce are the most reported risks. Most households, according to the study, responded to shocks by depleting assets and savings, but were less reliant on external assistance, thereby worsening their vulnerabilities.

The report also noted that about 53% of women had received financial assistance from social protection type of initiatives to start and run businesses. The report recommended that the Government implements a comprehensive national school feeding programme to improve primary school enrolment and regular attendance and reduce dropout rates.

To promote women enterprise development, the report recommended the establishment of a targeted fund for
women to address credit access constraints.