EVER since local soccer players under the umbrella body Uganda Footballers Association (UFA) downed their tools demanding improved welfare, words have been spoken, accusations traded and inevitably the Uganda Super League (USL) had to be put on hold.

EVER since local soccer players under the umbrella body Uganda Footballers Association (UFA) downed their tools demanding improved welfare, words have been spoken, accusations traded and inevitably the Uganda Super League (USL) had to be put on hold.

Express have since suspended or even sacked some players for what they referred to as indiscipline. Maroons have forced their striking players to explains reasons for the action in writing and they will be handled one by one.

And with FUFA objecting to the involved clubs request for emergency transfer window New Vision Online has discovered that most of the disgruntled players are destined to Africa’s newest country South Sudan.

The players are targeting South Sudan’s league that kicks off in June 2012 and the least paid player reportedly expects to pocket $1,000 (sh2.5m).

Although this is expected to veer players to the oil rich in droves it will not be the first case as Ugandan players have moved to neighboring Rwanda and the Vietnam in multitudes before.

Now curiosity has driven us to ask questions: Just how much are Uganda Super League players paid? Who is the biggest earner? Which team has the highest wage bill?

We delved into details of some clubs. We investigated the wages of players in different clubs and learnt that at sh800,000 per month, minus match winning bonuses and additions, SC Villa’s renegade captain Dennis Guma currently on loan at Victoria University is the highest paid league player, with the university picking up his monthly wage bill.

He is closely followed by URA’s veteran defender Simeon Masaba who pockets sh750,000 from the tax body. However, a bulk of players earn anywhere between sh150,000 and sh400,000.

Forget the times in the late 1980s and early 1990s when players’ salaries were not documented. The then SC Villa boss, Patrick Kawooya (RIP), paid his players depending on the mood at a particular time. Under the present regime, everything seems streamlined.

Transport allowance isn’t uniform as it is given basing on one’s place of abode. They pocket sh20,000 for a win, and none for a draw or a loss. Steven Bengo is the highest paid SC Villa player and earns a monthly salary of sh570,000.

Players in Express FC, the oldest premier football club in Uganda should be longing for the days of Club legend Jolly Joe Kiwanuka or self-made money-bags, Godfrey Kirumira, a.k.a Baggery.

Is it surprising that all 19 players from the club who failed to honour the fixture against Simba FC are either expelled or suspended? Well, the first Ugandan club to use football boots in 1957, doesn’t compare favourably in terms of payment.

But until last season former club chairman Kavuma Kagenge paid them appearance fees which depended of win or loss without salaries.

The team that trains in Kanyanya on Gayaza Road is now provided with lunch. 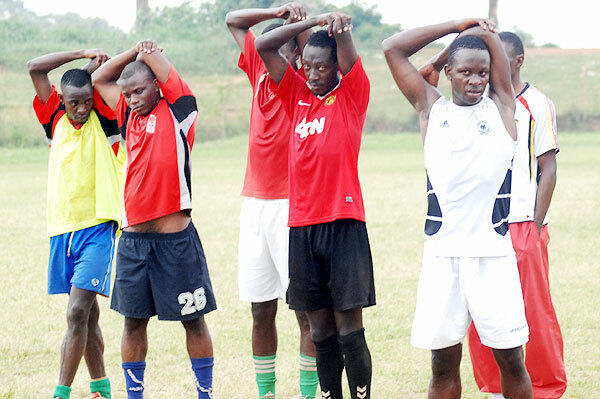 Even though the club belongs to FUFA president Lawrence Mulindwa, the fortunes of the players don’t really jingle. The only advantage is the fact that they are paid timely i.e. on 28th of a month.

Transport allowances for players range between sh3,000 to sh7,000, depending on one’s contract. The players are, however, lucky that there is a Kitende school Coaster that takes them to and from Kibuye Dairy.

Players earn a constant match allowance of sh20,000 irrespective of whether they win, draw or lose a game. Their lunch and breakfast is catered for.

Player’s salaries range between sh150,000 to sh400,000, with Caesar Okhuti, Martin Muwanga and Tony Odur among the top earners. 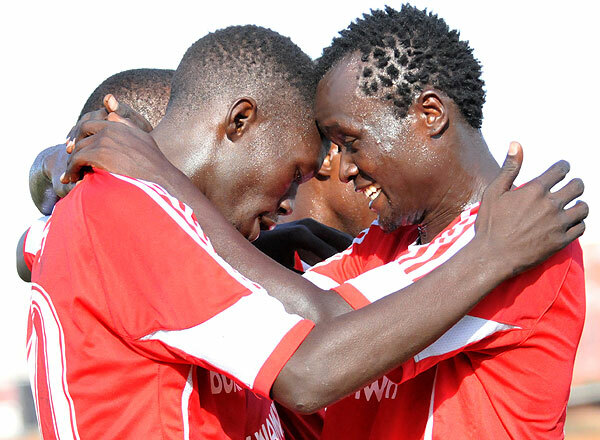 The Luzira prison-based club plays one of the most entertaining brands of football in the Ugandan Super League but their salary isn’t as ‘entertaining’ in the estimation of some players like top marksman George Abege, who was among the players who refused to honour their fixture last week over pay.

Information obtained shows that players, all of whom have undergone training and graduated as prisons officers, take home sh268,000 every month. They are entitled to bonuses, accommodation and utilities catered for by the Prisons Force. There is a fixed match allowance of sh12,000 while transport is at sh6,000.

Since they reside on prison premises, breakfast and lunch shelter are also provided for them.

Even before Pioneer Easy Bus came in to cause ripples among the UTODA fraternity, the complaints over pay were well documented among the players.

This tells you that maybe the football club has no direct links with the taxi governing body. Indeed, contrary to widely held belief, the club doesn’t belong to UTODA’s Katongole; but rather it is owned by Yahaya Nsubuga and Sande Mulira.

The owners are currently negotiating with Kampala Central legislator Hajji Mohammed Nsereko who wants to buy off the club. Nsereko has advanced the team sh9m to settle the players five month salary arrears as negotiations go on.

At the club, players are promised sh2,000 as transport and sh10,000 as match allowance but they have never pocketed any for five. In fact UTODA players were the first to strike. 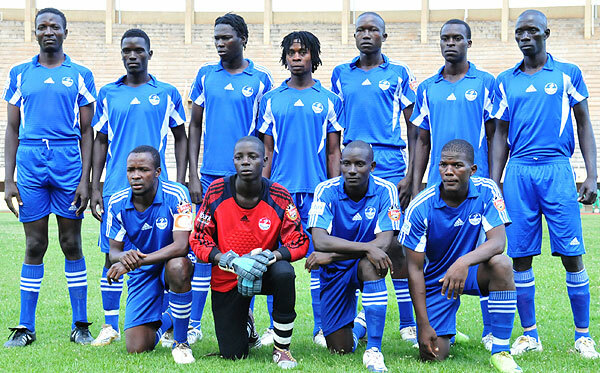 Players pocket sh3,000 for transport, and a match-winning bonus of sh15,000. Their salary ranges from sh150,000 to sh400,000 for first team players. Abubaker Tabula and Richard Luyima are among the top earners.

The edge they have over other teams is that players for this club are insured. However, the insurance cover doesn’t translate to their bank balance as players pocket between sh150,000 to sh280,000 per month.

They have a match allowance of sh20,000 for a win and Sh15,000 for either a draw or a loss. The club that trains from Kibuli is also provided with breakfast and lunch.