The Intergovernmental Authority on Development (IGAD) has called for a swift response to the Ebola outbreak in Uganda.

IGAD executive secretary Workneh Gebeyehu, who is following the Ebola outbreak with a lot of concern, according to a press release from the secretariat in Djibouti, says it’s a grave threat to public health and requires an effective response.

IGAD’s call dated September 27, 2022, follows confirmed reports of an Ebola outbreak with several people having succumbed to the virus disease, among whom are two health workers. The first reported cases were in Mubende district. 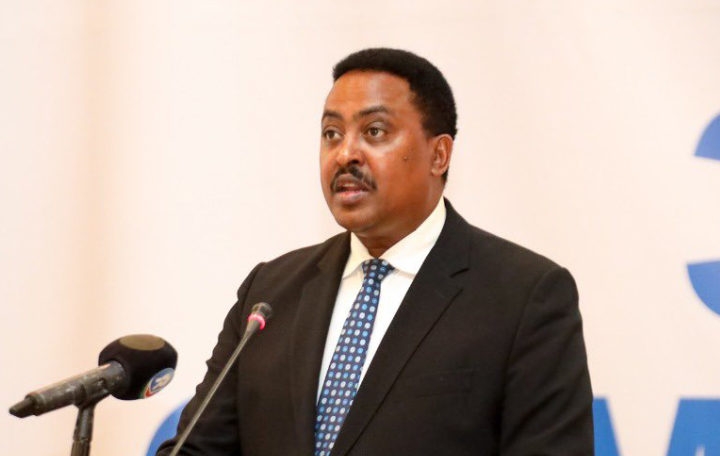 According to a cumulative situation report from Uganda's health ministry on September 25, 2022, cases stand at 36 (18 confirmed, 18 probable) cumulative deaths stand at 23 (5 confirmed, 17 probable). Cases reported outside Mubende: three in Kyegegwa and one in Kasanda district.

Heath minister Jane Ruth Aceng, while responding to a query on her Twitter handle, said there was no confirmed case of Ebola in Kampala as of September 27 and that all samples tested for Ebola from the capital city turned negative.

"Right now, we are awaiting the results of the sample tested from Kasangati. We shall keep the public informed and call for calmness and vigilance. Stay safe," she said.

Dr Workneh, according to the press release, further called for a co-ordinated response from governments, regional and international organisations, the private sector and civil society organisations for a swift response by providing the requisite capacity, funding and ensuring that there is awareness raising to dispel misinformation.

He also appealed to the donors and other partners of IGAD to urgently support the Government of Uganda and the courageous efforts of the first responders who are dealing with the situation.

IGAD stands ready to work with the Government of Uganda and other stakeholders to develop a response plan.

When contacted, Workneh's spokesperson, Nuur Muhamud Sheekh, said previous experience in the Great Lakes region and in West Africa has shown us that an outbreak in one country is a threat to the neighbouring countries and afar.

He added that it was clear that a whole of society's swift and co-ordinated approach is important from the beginning if the outbreak is to be contained effectively and efficiently!

"As such, it's our view that government institutions, neighbouring countries, the private sector, local communities, and partners are mobilised immediately to respond swiftly," he said.

IGAD is an eight-country trade bloc in Africa. It includes governments from the Horn of Africa, Nile Valley and the African Great Lakes. It is headquartered in Djibouti City, Djibouti. The countries are Uganda, Kenya, Djibouti, Ethiopia, Sudan, South Sudan, Tanzania and Eritrea.

Following the outbreak, several organisations including USAID, WHO and UNICEF have provided logistical support to Uganda with Infection Prevention and Control (IPC) supplies, risk communication and community engagement, and supporting access to safe water, sanitation and hygiene services in Ebola Treatment Units and communities.

Uganda’s President Yoweri Museveni will address the country on the outbreak of Ebola on September 28, 2022, at 8:00 pm, according to a statement from the Presidential Press Unit.

“H.E. the President of the Republic of Uganda and Commander-in-Chief of the Uganda People’s Defense Forces; Gen. (Rtd) Yoweri Kaguta Museveni will address the nation on the outbreak of Ebola and other important national issues this Wednesday, September 28, 2022, starting at 8.00 pm,” the statement said.