Home
NEWS
MEDIA
Supplements
Tenders
Notices
Musa Hasahya with some of his children in the background. Photo by Faustine Odeke

Musa Hasahya, the man believed to be Butaleja district’s most polygamous man has cried out for help saying his big family has become a 'big burden'.

Hasahya says the family is now too big for him to carry, owing to the limited resource envelope and dwindling food production.

The resident of Bugisa cell in Busaba town council, Hasahya has 12 wives, 102 children and 567 grandchildren who are scattered within a single compound that looks like a refugee camp.

Hasahya, whose youngest child is aged six, also has several great-grandchildren and 35 of his sons are married with children.

The wives, two of whom have recently fled the homestead due to the hard economic situation leaving 10 children behind, are housed under a single roof. Of the 102 children, 98 are still alive. Each window in the main house is portioned into a bedroom for each woman. 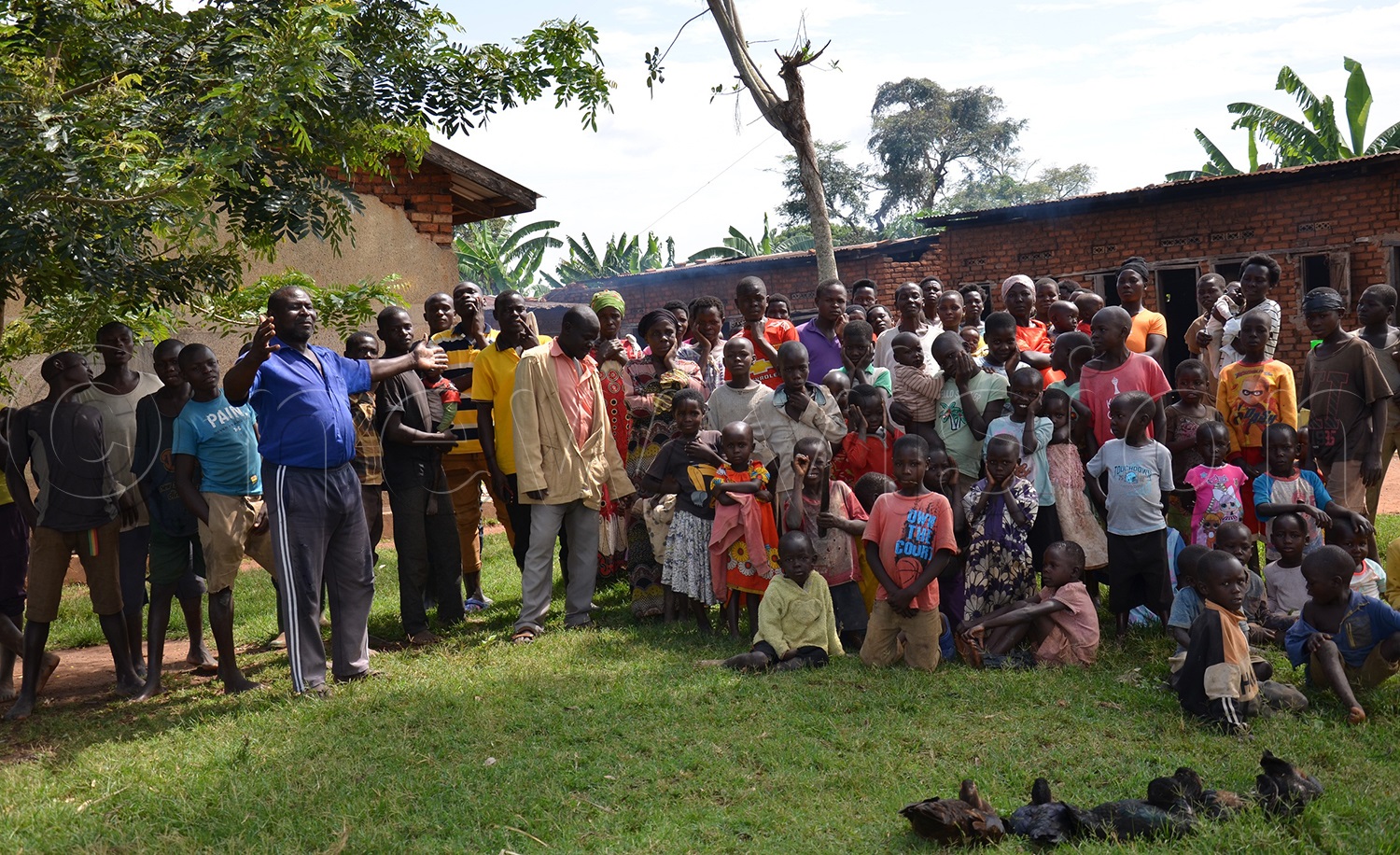 Hasahya corralling members of his family for a group photo. Photo by Faustine Odeke

Each of the women has a separate kitchen also housed under a single roof which was strategically planned for easy monitoring of their activities.

Hasahya has been a businessman and a village chairperson for the last two decades. He is also the current Busaba town council chairperson and the head of the Busaba sub-county Hunters Association.

Having dropped out of school in P6 aged 16 years, Hasahya married his first wife, Hanifa Hasahya, in 1971 and in 1973, they were blessed with their first daughter.

Dressed in a blue shirt and torn trousers, Hasahya on Saturday, September 19, 2022, took narrates his life's journey in a house that acts as a reception centre for visitors and a counselling room. 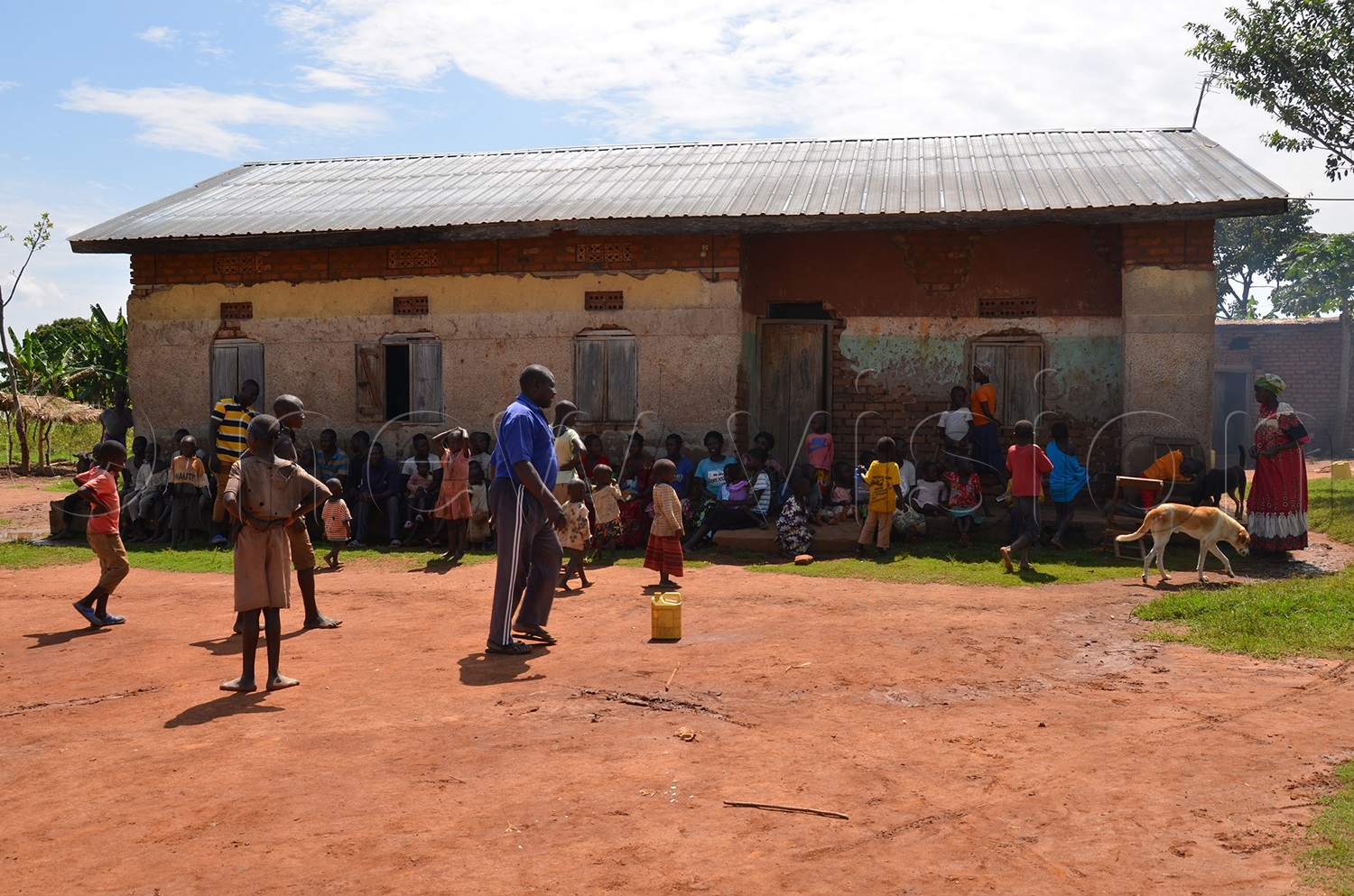 The house that hosts all the women. Photo by Faustine Odeke

‘’Because I was able to earn something, I decided to expand my family by marrying more women. I ensured that hoes are provided for each of them to till the land and produce food enough to support the family since the soils are fertile’’ he says.

Hasahya adds that he was able to buy more land in addition to what was allocated to him by his late father, Mwamadi Mudumba. He now has 160 acres.

Hasahya's neighbours say he is blessed with enough land and oxen which he uses to clear the land, while the women and their respective children plant or weed the crops under his command.

Hasahya says he has been able to produce enough food for the family but has not been able to educate his children. He adds that his favourite crops include potatoes, maize, cassava, sorghum and rice.

Hanifa Hasahya says her husband is a lovely man who cares for their needs and always offers counselling for whoever goes astray. She says Hasahya neither harasses nor ridicules them like some men do their wives. 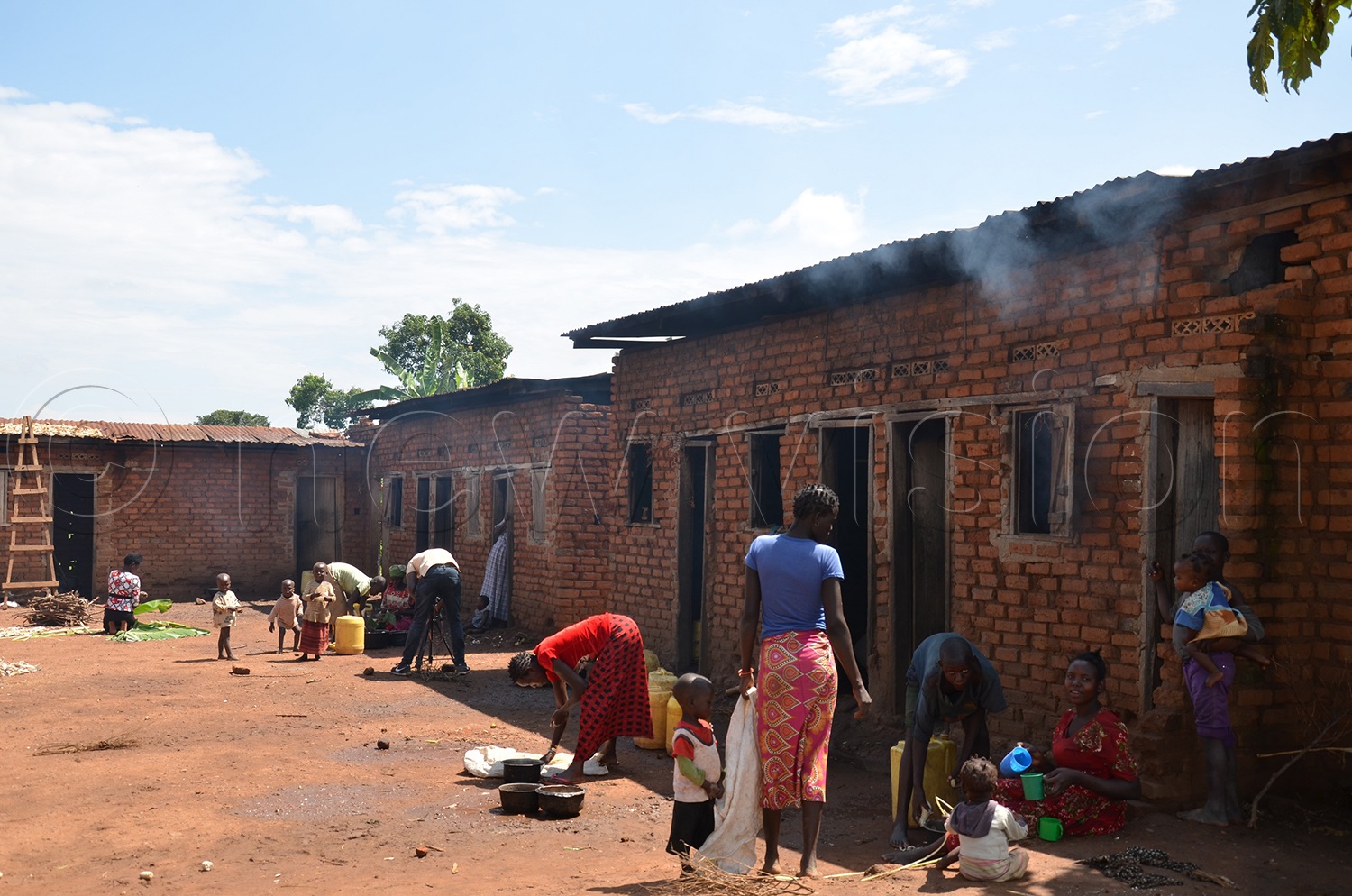 Women and children in the area that houses the kitchens. Each woman has a separate kitchen. Photo by Faustine Odeke

“In fact, he has a listening heart, he never rushes to make decisions before hearing from all the parties. He doesn’t victimise anybody and he treats all of us equally,” she says.

Zabina Hasahya, another wife, says their husband has all the qualities of a good man as he treats them like his daughters.

Sanda Nabwire, the eldest daughter, says her father is a true statesman and a man of wisdom. She adds that Hasahya is one person who loves all his children and their mothers with the same spirit without segregation.

To maintain discipline and unity, Hasahya says at the end of the month, he holds regular assemblies where he conducts roll calls of all the children.

He says it’s through such assemblies that he listens to all their needs and challenges before cautioning and counselling them. 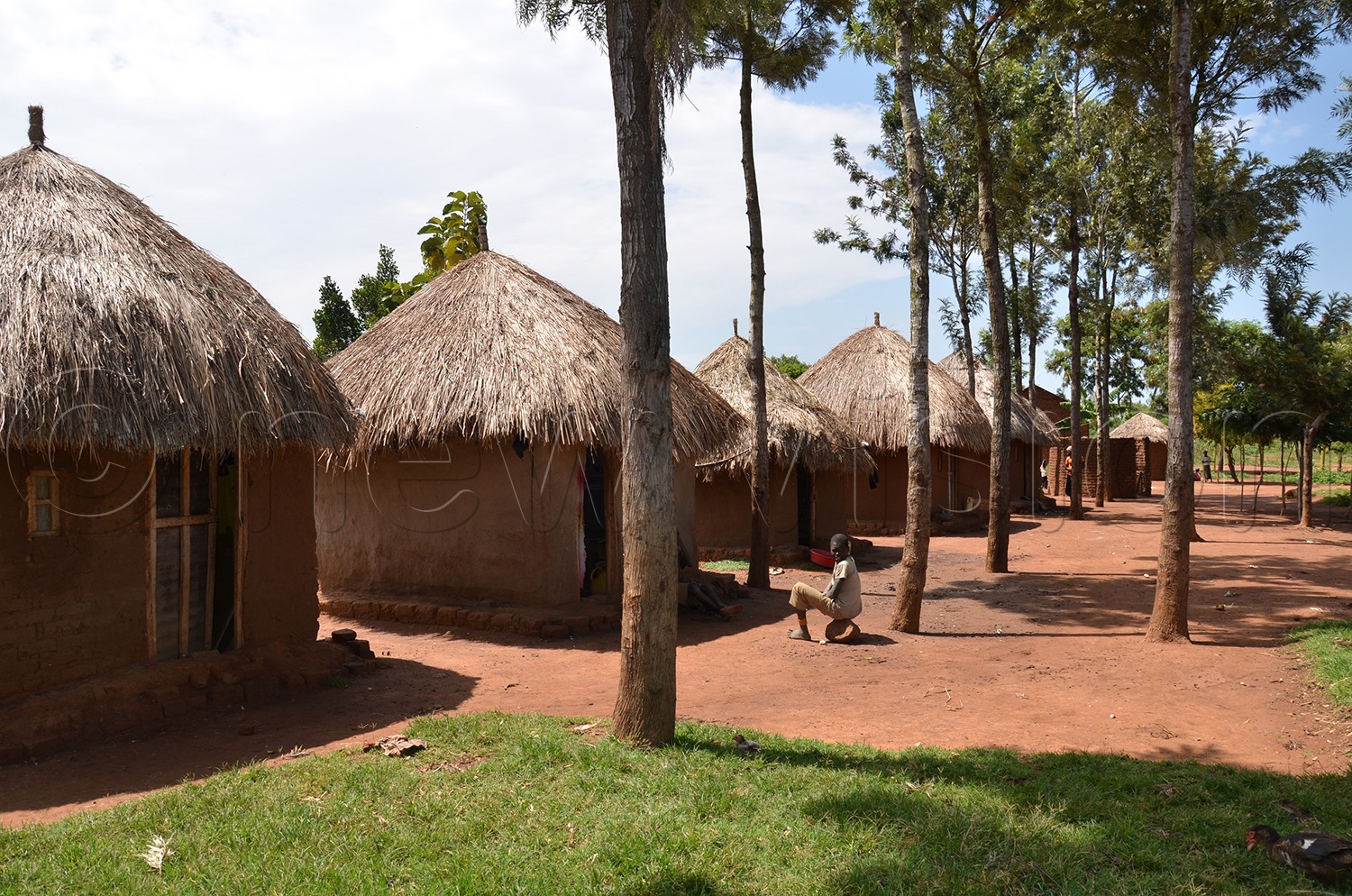 The section that houses Hasahya's children. Photo by Faustine Odeke

No land for his sons

Hasahya adds that he has allocated three acres to each woman with her children and the rest is reserved for himself and his daughters whose marriages may break down.

He says he cannot allocate land to his sons because they can eventually end up selling it, adding that each child is trained to work hard and acquire his own land.

Twaha Longhiro, the LCI general secretary, says Hasahya’s family has one of the best-raised children in the village as they abhor fights, theft and smoking.

‘’Being a former administrator, the man is tough and strict on discipline. He doesn’t tolerate any kind of queer behaviour in his family,’’ Longhiro said.

However, Hasahya has cried out to Good Samaritans and the government for help educating some of his children. 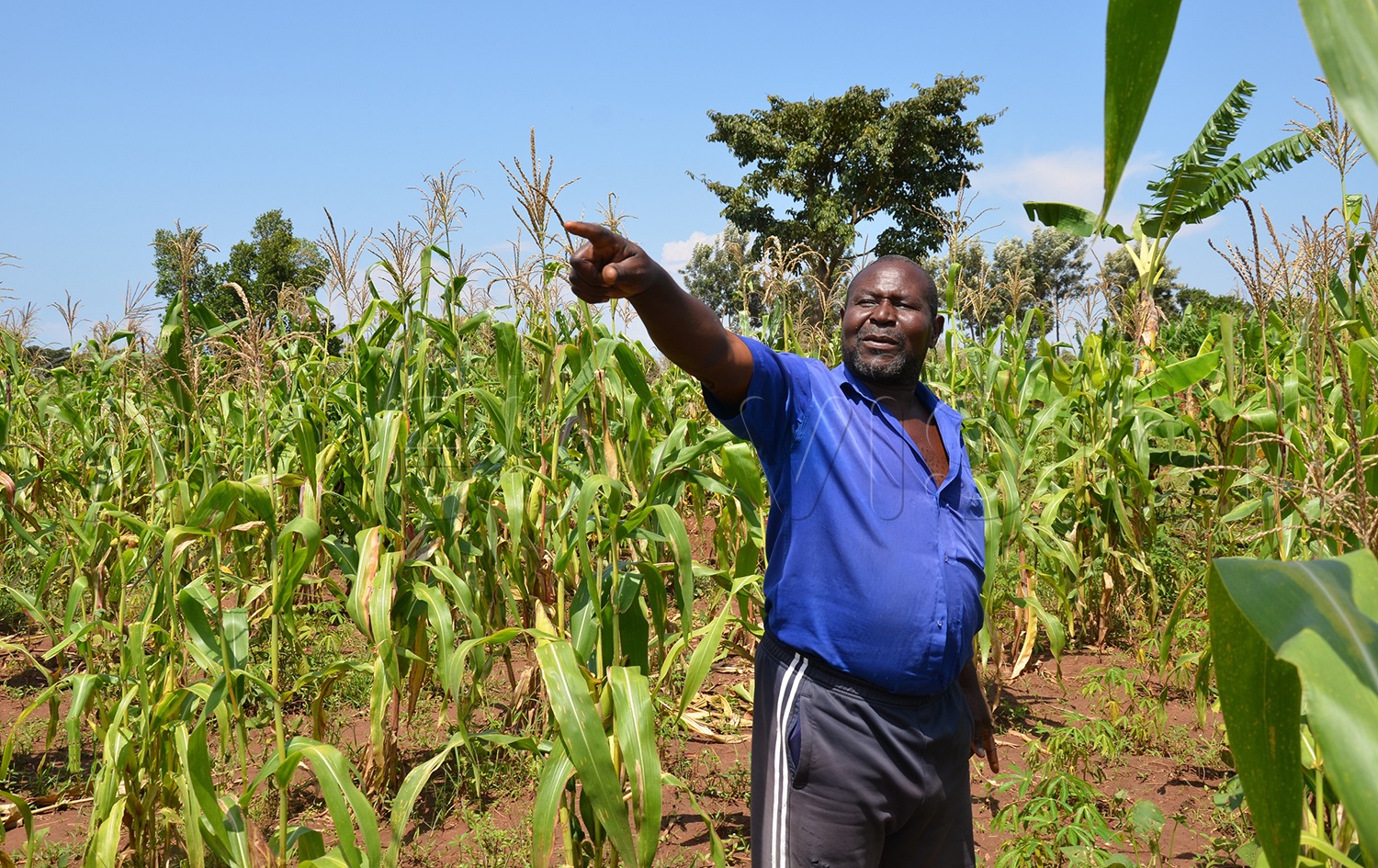 Hasahya shows extent of his garden. Photo by Faustine Odeke

His most educated child is now in S6, while two others are in S5 after they were taken on by a Muslim community.

He says the same community has supported him with a borehole it drilled in the compound to save the children from travelling long distances in search of water.

“I cannot tolerate bearing children anymore because of the limited resources and on that note, I have advised all my wives of childbearing age to go for family planning. I also discourage those who wish to marry more than four wives not to do so because things are not good,” Hasahya says.

He adds that he should also be assisted to have a decent house away from the current one-roof building hosting all his wives.