Cattle farmers in Bunyoro are counting losses as their animals continue to die due to a lack of pasture and water as a result of the prolonged dry spell in the region.

The farmers from the districts of Buliisa, Hoima, Kiryandongo, Masindi and Kikuube are struggling to find pasture and water for their animals following the dry spell that has hit the area for the past four months.

Currently, most of the pasture has dried out and all the available valley dams have dried up leaving cattle keepers stuck.

In some districts, most cattle farmers have started selling off their animals fearing that they could be killed by the persistent dry spell.

Jacob Kanyindo and Godfrey Kahiigwa, cattle farmers from Kikuube, said if the current dry spell continues, they are likely to lose all of their animals. They noted that they have decided to sell off some of the older cows fearing that they might not survive the harsh conditions.

Kahiigwa said he has lost 10 cows since May due to a lack of pasture and water, adding that the situation could become worse if the dry spell persists.

Benson Rugyira, a farmer in Buliisa said since April, he has lost 15 cows as a result of a lack of pasture resulting from the prolonged drought.

He says that because of the lack of water and pastures, the cows are no longer giving them milk which they have been also dependent on to sell and buy food for their families.

Rugyira noted that he has nowhere to relocate the animals because the dry spell has hit the inter Albertine region and neighbouring regions.

He noted that if there is no intervention in this crisis, they are likely to lose all their animals and sources of income. 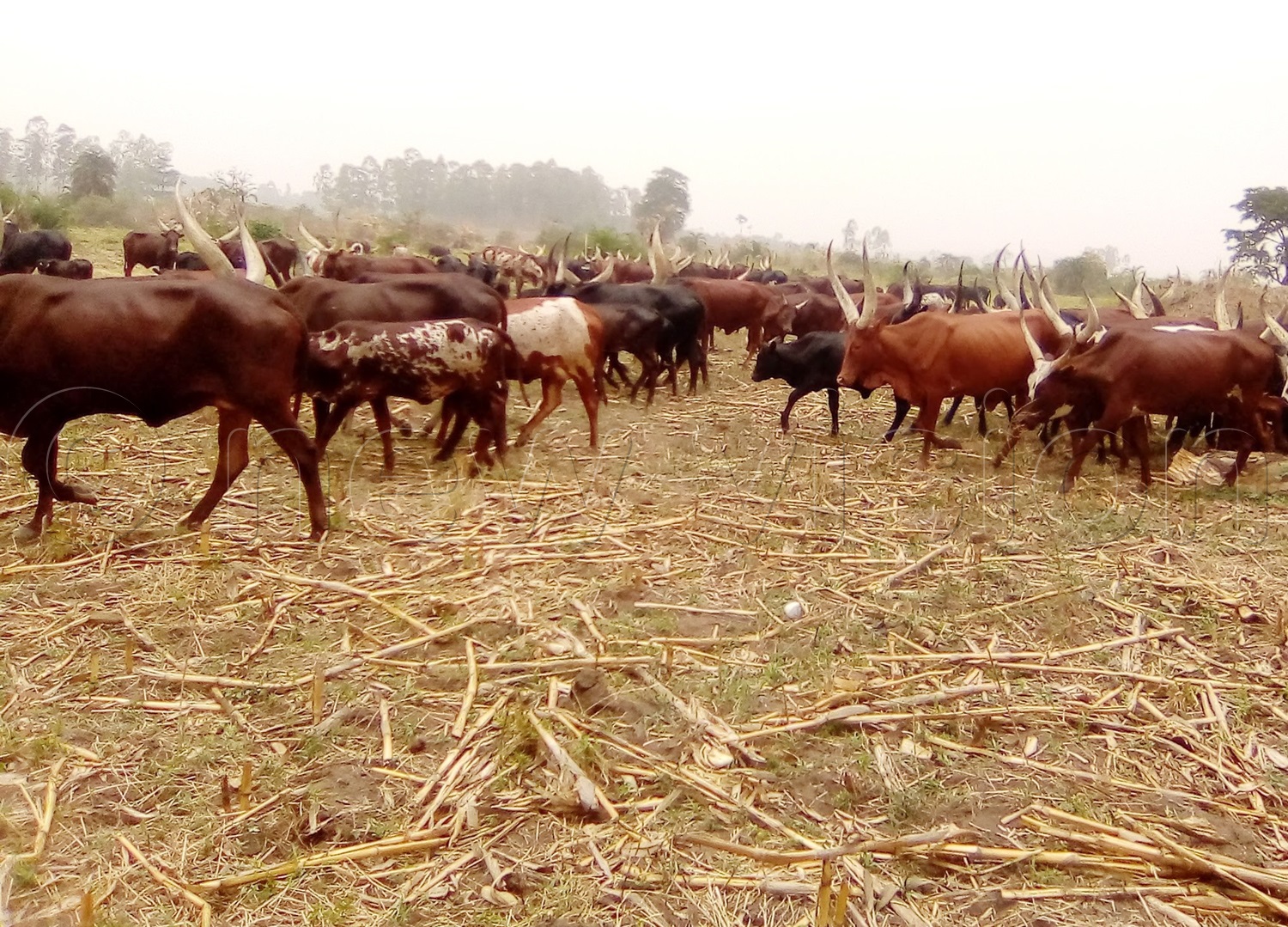 Sam Ntambara, a livestock farmer with hundreds of cows at Kiryamboga landing site in Hoima, expressed worry that their animals could all die due to the dry spell. He adds that all the available dams that used to provide their animals with water dried up.

He noted that as cattle farmers, they’ve never experienced such a dry spell in the last decade, adding that the situation is giving them sleepless nights.

“Our animals are suffering. The situation is beyond our understanding, were just waiting on God to intervene otherwise we are going to lose all our animals,” he said.

Lam Karubanga, another farmer in Hoima district, said that the situation is compelling them to sell off their cows cheaply. He says a bull that would cost sh1.5m is currently being sold at between sh700,000 and sh800,000.

He noted that they would opt to buy feeds for their animals but the challenge is that the feeds are scarce and expensive.

“Previously, whenever we would face such a dry spell, some would buy the rice and maize brand but because of the dry spell, the rice did not do well this season,” he said.

Emeriki Kakura, the chairperson of Kasenyi village, expressed concern over the lack of pastures for the animals which he says has resulted in conflict between the livestock farmers and crops farmers.

He noted that some cattle farmers have decided to graze their animals in people's gardens in the hunt for pasture, something he said is fuelling conflicts.

He noted that if the dry spell persists, they may see bloodshed because they have tried to engage the cattle farmers to stop this habit but they failed to adhere.

Barnabas Ntume, the Kikuube district production officer, said that they have no solution to the situation, adding that the current dry spell is going to affect the population of livestock in the region.

Ntume however asked the farmers to use this situation as a learning lesson so that they can always prepare for such climate changes by producing and stocking feeds and building valley dams.