Located 30 km from Abidjan, the century-old city, a Unesco World Heritage Site, was the target of a jihadist attack on March 13, 2016, which killed 19 people.

Over the past five years, Ivory Coast's prime holiday destination has struggled with a terror attack, political violence and floods -- devastating setbacks to which Covid can be added.

Its 100,000 inhabitants depend hugely on tourism, but the sector has been roiled by a string of disasters, beginning with a jihadist attack in March 2016 that claimed 19 lives and injured nearly three dozen others.

Peanut-seller Barakissa Koita was a witness that day as three jihadists, armed with guns and hand grenades, attacked the Etoile du Sud, a hotel frequented by many expatriates.

'Just the sound of a firecracker, when people celebrate a birthday on the beach, makes me want to flee,' she said.

'It's a painful memory,' said the city's senator, Germain Ollo.

'Our peaceful city was turned into a battlefield -- everyone was running around trying to find protection from the jihadists' bullets. Every time we come by here, the memory comes back.'

At weekends, the resort's beaches, restaurants and hotels bring in thousands of relatively well-heeled vacationers from Abidjan, a city of five million.

The big magnet, other than the beach, is Grand-Bassam's 'France' neighbourhood -- a district of quaint, if often crumbling, colonial buildings dating back to the 1890s, including the governor's palace, post office and cinema. 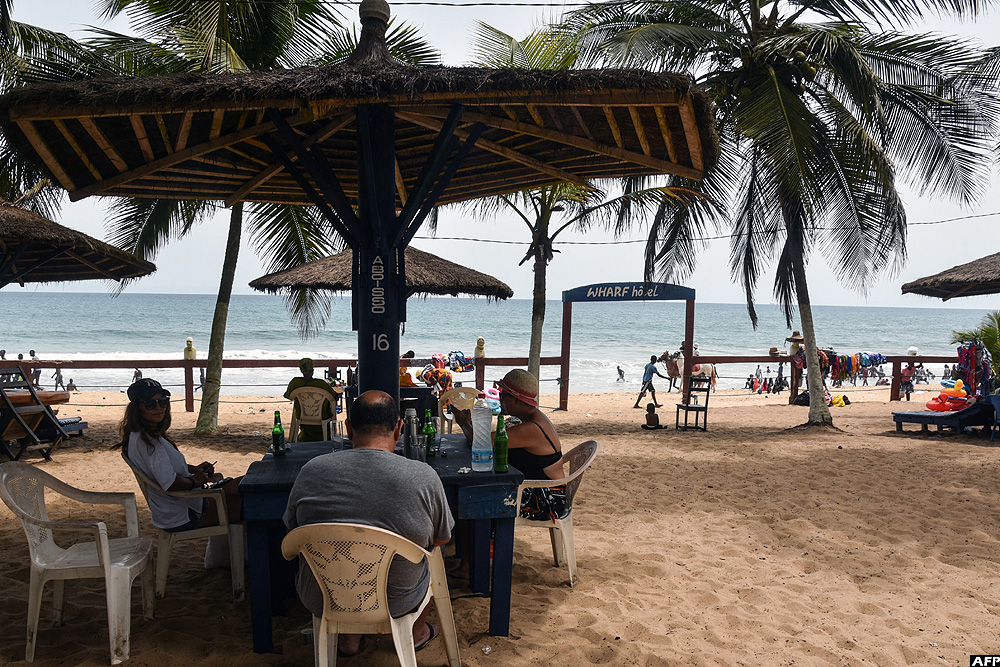 After the bloodshed and trauma of the terror attack, business in Grand-Bassam was hit by electoral violence during 2018 municipal polls and by floods that struck a year later.

Compared with other countries, Ivory Coast has suffered a low toll from Covid-19 -- with 256 deaths from fewer than 45,000 cases in a population of more than 25 million, according to official figures.

Businesses last year were hit by a two-month closure, but after reopening, attendance was sharply down for an annual cultural event, the Abissa Festival, which typically draws between 300,000 and 400,000 people over a week.

Ollo, who owns one of the resort's biggest hotel complexes, said he believed that turnover in the city's hospitality sector fell by more than 20 percent last year -- twice the decline of 2016, when the terror attacks took place. 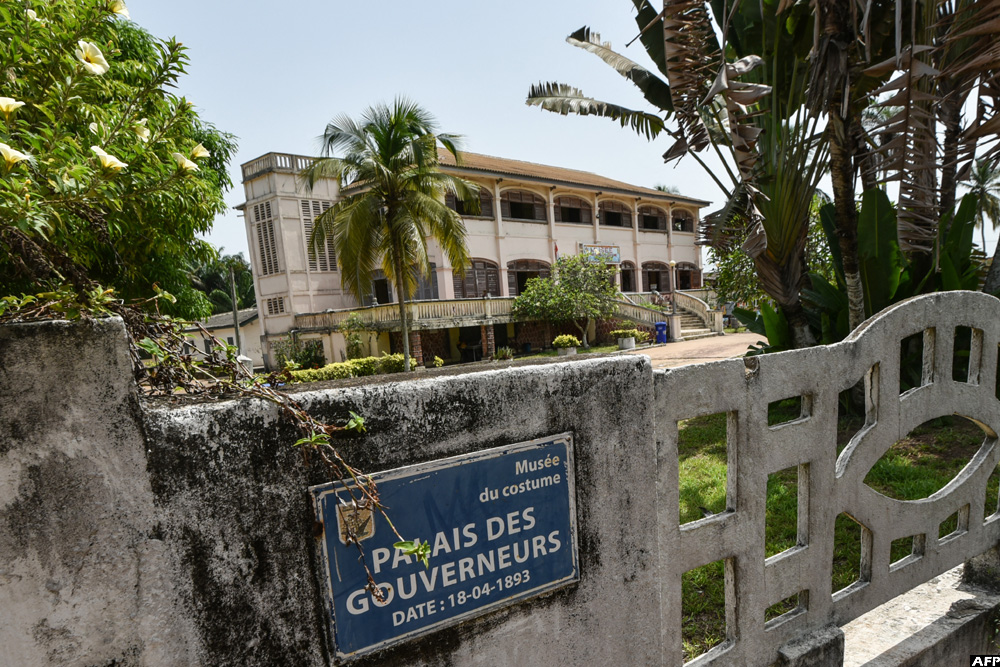 A general view of the governors

Alassane Ouattara, chairman of the local association of hoteliers and restaurant owners, said the sector was being choked off from credit.

'We are asking for a Marshall Plan to save Grand-Bassam,' he said, referring to the US loans that revived Europe's post-World War II economy.

'The banks no longer lend to people who want to invest in the hotel industry,' which needs to renovate its infrastructure, said Ouattara, who shares his first and last name with the Ivorian president.

Many of the delightful old buildings in the France neighbourhood are falling into disrepair, he said.

The resort 'is a stroke of luck for Ivory Coast. It mustn't be abandoned. Because if tourism dies, Grand-Bassam goes with it,' he said.

Ouattara pitched his own idea for bringing back the tourists: a monument to the memory of Cheikh Ahmadou Bamba, founder of the Mouride Brotherhood -- one of the two biggest Muslim brotherhoods in Senegal.

'When he was deported to Gabon by the French, he landed here, in Grand-Bassam, and prayed,' said Ouattara, showing the wharf, now partially engulfed by the sea, that was the city's port in the 1890s.

Ouattara's hope is that the remembrance stone will draw tens of thousands of Mouride followers to Grand-Bassam each year.