KAMPALA - On any day, for any news bulletin or any newspaper publication in Uganda, a student from Makerere University is most likely involved.

This reality is partly just because the university is one of the longest-serving journalism training institutions in the country, having over three decades of history in Uganda's education system.

The Department has grown in the last three decades from a handful of lecturers with Bachelors and Masters degrees; to ones with Doctors of Philosophy (PhD) and Professors; working as lecturers in this Department; thanks to initiatives such as the Norwegian Programme for Capacity Development in Higher Education and Research for Development (NORHED).

Other support came previously to Makerere University through the Norwegian Programme for Development, Research and Education (NUFU) that run from 1991 to 2012. 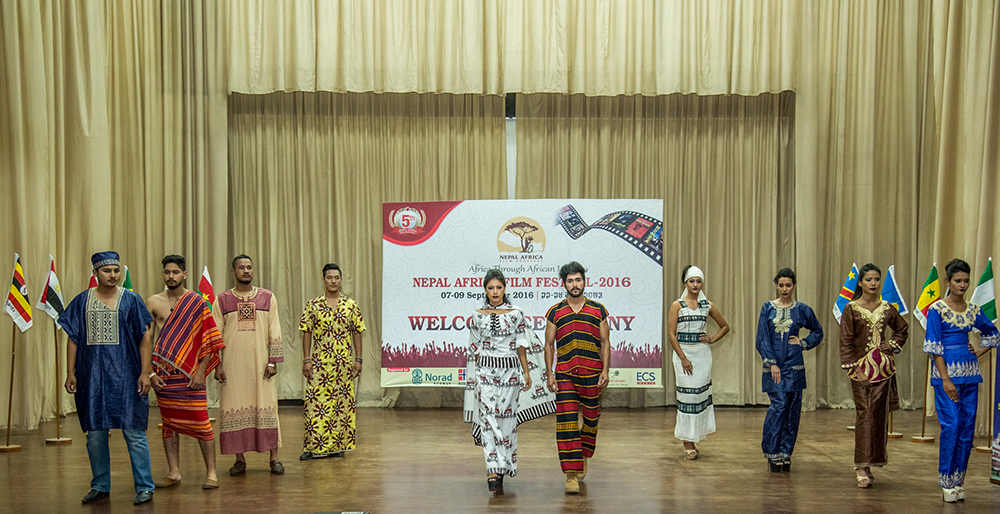 NUFU was phased out and replaced in 2013 with the Norwegian Programme for Capacity Development in Higher Education and Research for Development (NORHED).

Alongside NORHED, however, several other academic institutions can also benefit from others, such as the Norwegian Partnership Programme for Global Academic Cooperation (NORPART) and the NORAD Master Studies Programme (NOMA).

Dr. Tayeebwa has also been for six years the Principal Investigator and overall coordinator of the NORHED project.

'This is a culmination of the university and other projects’ investment in journalism education and training, in this institution in the last two decades,' remarks the university's Deputy Vice-Chancellor for academic affairs, Assoc. Prof. Umar Kakumba.

'It has been through the great support of Government and foreign funders like the Government of the Royal Kingdom of Norway.'

In 2004, the Department started a Master's programme in Journalism and Communication, and this answered the need for an advanced journalism degree, and non-journalists have also applied to this course, as the course would equip them with the right skills and qualifications needed at work.

The department was the first establishment, to offer a degree programme in Mass Communication in East Africa.

For years, the Government of the Royal Kingdom of Norway provided millions of dollars in bilateral support to countries in the global south, including Uganda. 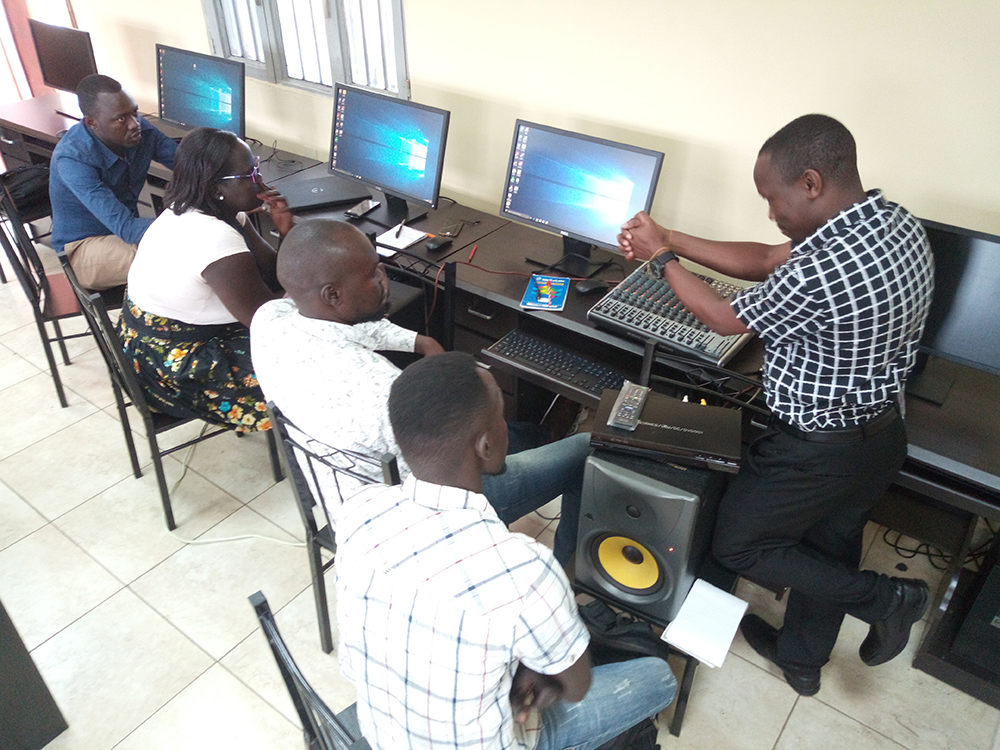 Based on UNESCO and other studies, Makerere University is now taking the lead, in Uganda and the region, in having the highest number of qualified lecturers and the highest eligible graduates at the Masters and Ph.D. level in the country and the region; thanks to the NORHED project.

The funds provided by the project in 2014 amounted to 17m Norwegian Kroner (about $3m); and it was all invested in education and research activities in Uganda, South Sudan, Nepal, and Norway.

Besides Makerere University, Uganda has 16 private universities, the highest in the region, offering a mass communication course at either degree or diploma level. Some of these include Uganda Christian University, Kampala International University, Victoria University, Islamic University in Uganda, Uganda Martyrs University Nkozi, and Nkumba University.

Apart from universities, there are technical schools like the United Media Consultants and Trainers (UMCAT) and the International Institute of Business and Media Studies (IBMS).

These attract specifically media workers who may specialize in a single strand of the mass communications package, such as broadcasting or print. Their prices vary but are affordable in general.

However, the oldest journalism school in Uganda, found at the Uganda Management Institute (UMI), formerly Institute of Public Administration, was closed in 2002. The Ministry of Information and Broadcasting ran the School.

A 2019 study done by UNESCO shows that 36% of the journalists in Uganda have a Bachelor's degree in media or journalism, 32% have a diploma, and 20% hold a certificate.

Those with no journalism training were 7%, while journalists who have a Master's degree or above were 3%, and the rest 2% have a postgraduate diploma. 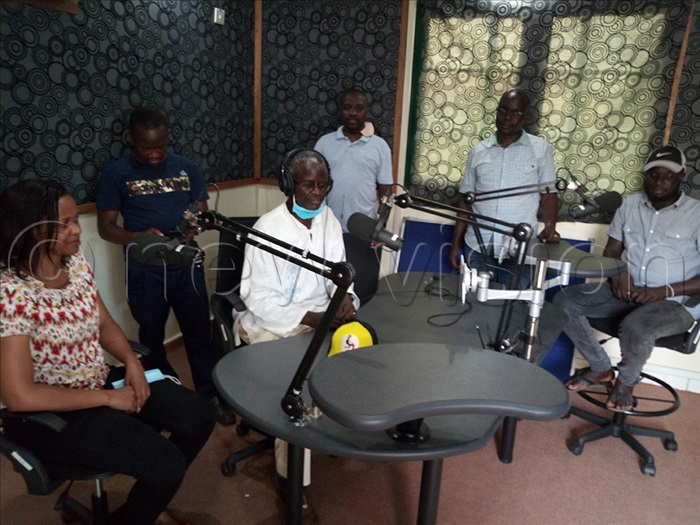 The Makerere University NORHED project team in the University of Juba radio studios in October 2021. The team was retooling Juba staff in multimedia production.

With the latest developments in Uganda, many of the students who had Bachelor's degrees in journalism have now upgraded to Master's degrees.

Institutions like Makerere University, Uganda Christian University have now started Masters' programmes, with so many graduates churned out over the years.

With the growing Ph.D. holders at the institutions, more Masters' students can join journalism and communication studies.

Dr. Tayeebwa, says the NORHED project has dramatically helped the number of Master's students increase in the country.

The Master of Arts in Journalism and Communication has been on offer for more than a decade and was ready to split into two Master's programs.

The NORHED project sponsored the development of a Master of Arts in Journalism and Multimedia, in response to the ever-increasing demand for advanced training in newer fields within journalism practice and multimedia tools accorded by more recent technologies.

'The new programme emphasizes the current and changing trends in the online journalism and multimedia world to allow students to connect well with ongoing and future demands in the industry and in scholarship', Dr. Tayeebwa states.

The second master's program developed with the project support is a Master of Arts in Strategic Communication. 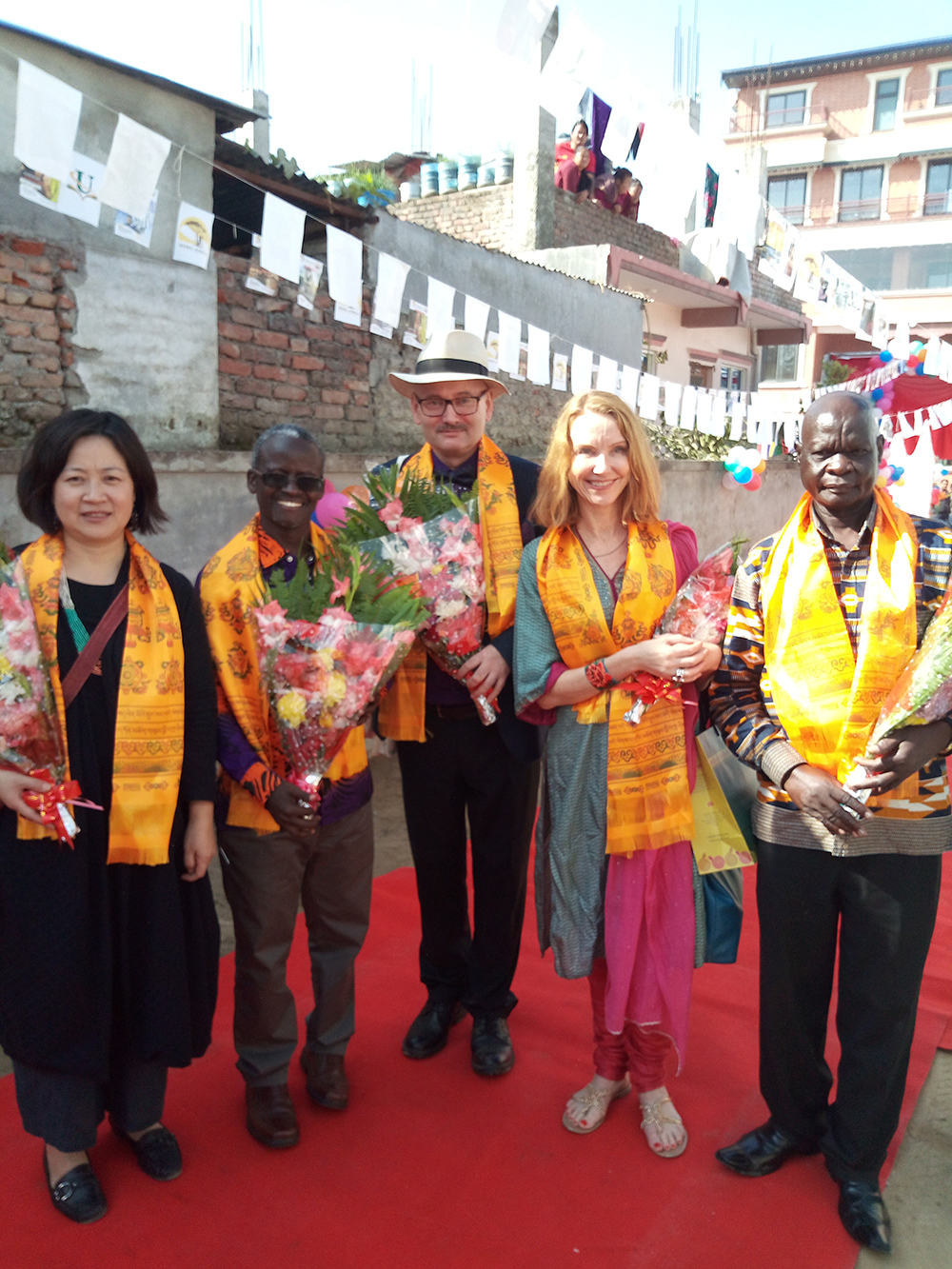 Compared to Kenya, a 2020 survey done by Kioko Ireri, dubbed 'Exploring Journalism and Mass Communication Training in Kenya: A National Survey,' shows that training in journalism or mass communication is a prerequisite to practice as a journalist in Kenya.

While only 45% of journalists were trained at the level of an associate degree, 91% said they need to get further training. Kenya Institute of Mass Communication is the most popular institution of journalism and mass communication.

Moreover, 65% of respondents perceive the quality of journalism training as good—though in contrast to this favorable evaluation, local colleges face a litany of serious problems.

Uganda's competitive advantage arises from the massive funding of journalism and communication training in Uganda by the NORHED programme at Makerere University and Uganda Christian University.

Prof. Mukadasi Buyinza who is the institutional coordinator of the NORHED programme at Makerere University says that during Phase One, the institution won nine projects.

It is the lead partner but was involved in implementing four more projects with colleagues in other partner institutions.

This project, he says, made Makerere University the single institution with the highest number of projects during Phase One.

He said the total support was Norwegian Kroners 200 million, an equivalent of United States dollars 30 million for a period covering six years.

In the 2019 survey done by UNESCO, half of the journalists do not feel that their training meets the required challenges they face while doing their jobs.

When UNESCO researchers asked journalists how satisfied they were with their training, whether it had enabled them to perform their work competently, journalists were equally divided. 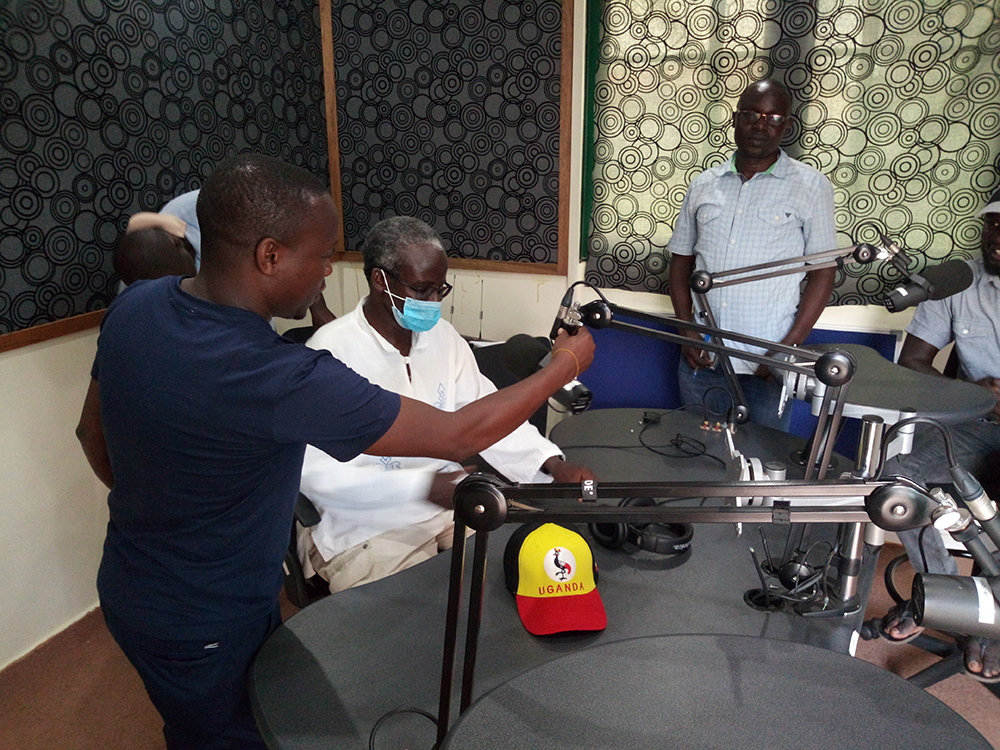 Half of them (49%) admitted to not being satisfied, while 48% said the training was relevant and competently helped them perform their work. The rest 3%, did not voice their opinion.

The rest, 4% said they had no idea whether such provisions existed at their company.

Naika Latif, the News Editor of Kamuli Broadcasting Services, commented on the curriculum, saying that the university training does not give the students the right practical skills, adding, 'The curriculum should be revised to cater for the practical world of journalism'. Out of 55 journalists surveyed, most of 45 confirmed that journalism training covered journalism ethics, while the rest were not sure of what they gained much from their university studies.

In its 2019 report, UNESCO recommends, 'Journalists should be equipped with training that reflects global trends.

Training institutions should regularly evaluate and review their curriculum to incorporate issues of global concern of journalism that reflects the local and global perspectives.'

Some of the issues, are already being resolved, considering the curriculum reviews being done in the country; thanks to the NORHED project.

What should be done?

Dr. Tayeebwa said in his remarks at the project’s finalizing conference on 25 February 2021 that this project was designed to ensure gender balance and equity as well as gender mainstreaming in all activities.

The project was also designed to pay special attention to members from marginalized groups, particularly in South Sudan, and strengthen cultural diversity and intercultural dialogue among all the partners.

Due to changing global and industry dynamics in media, journalism, and communication, there is a growing need to review the undergraduate and graduate curricula.

Dr. Tayeebwa explains that the curriculum review process at Makerere was completed and submitted to relevant Senate and Graduate School committees in 2018/2019 for final review and clearance to the National Council for Higher Education (NCHE).

However, the Department has also developed two Bachelor of Arts programmes at the University of Juba that led to creating the new School of Journalism, Media and Communication launched in the 2019/2020 academic year.

There were also curriculum reviews at the College of Journalism and Mass Communication in Kathmandu.

Prof. Kristin Skare Orgeret says that all the seven doctoral students supported from Makerere University have completed and are back to their teaching duties. Simultaneously, one at the University of Juba and one at CJMC in Kathmandu has also been completed.

Prof. Orgeret, the project's co-investigator and principal doctoral co-supervisor, hails the lecturers who completed and are now back at their stations of work.

'This increases the country's capacity of PhD holders in journalism and communication. This is a great step in the right direction,' she says.

One of the lecturers, who has upgraded from Makerere University Dr. Gerald Walulya, says, 'Through the NORHED project, we have been able to upgrade and conduct research on different aspects in the field of journalism and communication.'

All the Master's students have since completed their studies, with all the seven South Sudanese back as lecturers at the University of Juba (UoJ).

One of the UoJ MA graduates, Joice Ichaa Adiongo spoke on behalf of her colleagues, noting that the scholarship had transformed her career path:

'The scholarship enabled me to have different experiences outside my country since I studied at Makerere and also did a course in peace and war journalism at Oslo Metropolitan University.

As such, I am now a full-time lecturer at the University of Juba,' Adiogo said.

The NORAD senior advisor, Jeanette da Silva, says that Makerere University has bridged gaps within the media and journalism fields in each project country and between the partner countries.

'I want to say that from the perspective of NORAD, this project is a great example of the North-South- South approach promoted within the NORHED programme, which in your case is not only regional but also cuts across three continents,' she said.

She says that it had been very encouraging to see a strong representation of women in the cohort of graduate students and postdocs and among the leaders.

Over the years, the NORHED project brought together four academic institutions in four countries across three continents, aimed at increasing the capacity within higher journalism and media education institutions in Uganda, South Sudan, and Nepal.

It has also improved the research output with assistance from senior colleagues in Norway.

Department of Media and Journalism Studies at Oslo Metropolitan University in Norway (OsloMet).

Related Articles
Little Sisters of St Francis in need of sh7b to construct centennial monument
Street-connected children to Gov’t: ‘We have potential, help us’
Change education system to fight unemployment, DP tells govt
NUP retreat gets underway on Friday
NUP retreat gets underway on Friday
1970s: When Uganda got off the track
Link copied to clipboard
Link not copied to clipboard