Hundreds of residents were seen struggling to enter the bus and have optical nutrition or prove if the bus had the toilets and showers inside.

MBALE - Mbale city residents could not hide or hold back their excitement as they struggled to enter Kayoola bus to explore the interior facilities including toilets and shower.

The Kayoola bus arrived in Mbale at 5 pm from Soroti and the bus and its staff were received by the Mbale Resident City Commissioner (RCC) Pamela Watuwa and Mbale Police OC operations Arafat Kato at republic street. 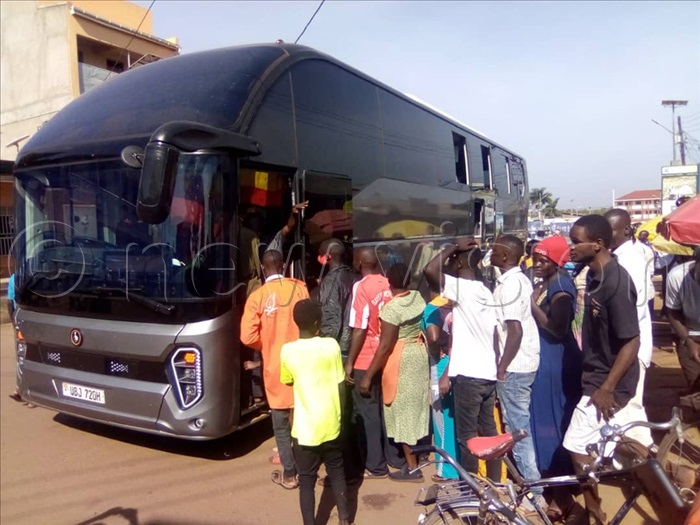 Hundreds of residents were seen struggling to enter the bus and have optical nutrition or prove if the bus had the toilets and showers inside. Photos by Paul Watala

The arrival of the bus attracted Hundreds of residents that gathered, therefore, bringing traffic and business to a standstill as businessmen and women abandoned their work to take close look and free ride.

Hundreds of residents were seen struggling to enter the bus and have optical nutrition or prove if the bus had the toilets and showers inside.

However, before accessing the bus, each one was required to put on a facemask before entering, this forced residents who did not have the face masks to rush and buy so that they get a chance to enter Kayoola bus. 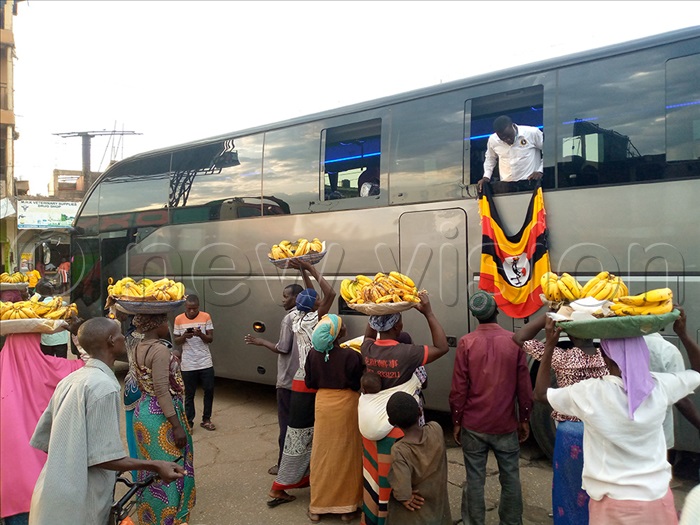 The kayoola staff and RCC Watuwa struggled to stop excited residents that were struggling to enter the bus but in vain.

Those who were allowed to enter danced to loud music of Tubonganawe inside the bus as it toured the city on different locations and several residents stood along the streets to have optical nutrition.

John Wanyama, a resident of central ward praised the government for the innovation and appealed to put more focus on such innovations that aim at creating job opportunities.

'We are so excited to see that Uganda can make its bus and we appeal to the government to continue supporting our children with talents and knowledge to make such things,' Wanyama said. 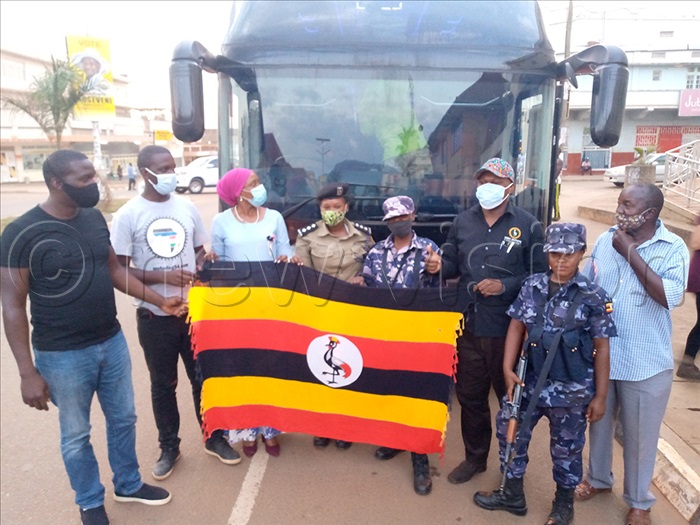 The RCC said innovations like that of Kayoola bus have put the Ugandan government on the map in East Africa and the entire world.

'Such innovations are good for our country and I appeal to government to support and invest in such innovations other than wasting our money on buying teargas,' Godfrey Kirya, a resident of Kamonkoli said.

Kirya said that government should also support the boy who made teargas and another one who wants to test his missile because countries like Russia welcome such brains and that is why they are powerful.

Flavia Nabukwasi, a banana vendor at Mbale bus park also praised president Museveni saying that if it was not him, Uganda would have not been able to make this bus car.

The RCC said that such innovations have put the Ugandan government on the map in East Africa and the entire world.