Former Makerere University don, Prof. William Bazeyo, believes Uganda can fly with the Business Process Outsourcing (BPO) program, which he says is going to be a game-changer in securing employment for the youth and boost the country’s economy.

Three months on the job as the chairperson of the BPO program under the ministry of ICT and national guidance, the Professor has traversed several countries including Turkey, where he says he has already engaged with 31 chief executives of various companies willing to invest in Uganda in the field of BPO.

He said the BPO is a new way of doing business without letting employees move to outside countries and pushing Uganda to reverse the increasing trends of youths moving in outside countries especially the Middle East, where they get employed in domestic work and other petty jobs where he says they are paid peanuts. 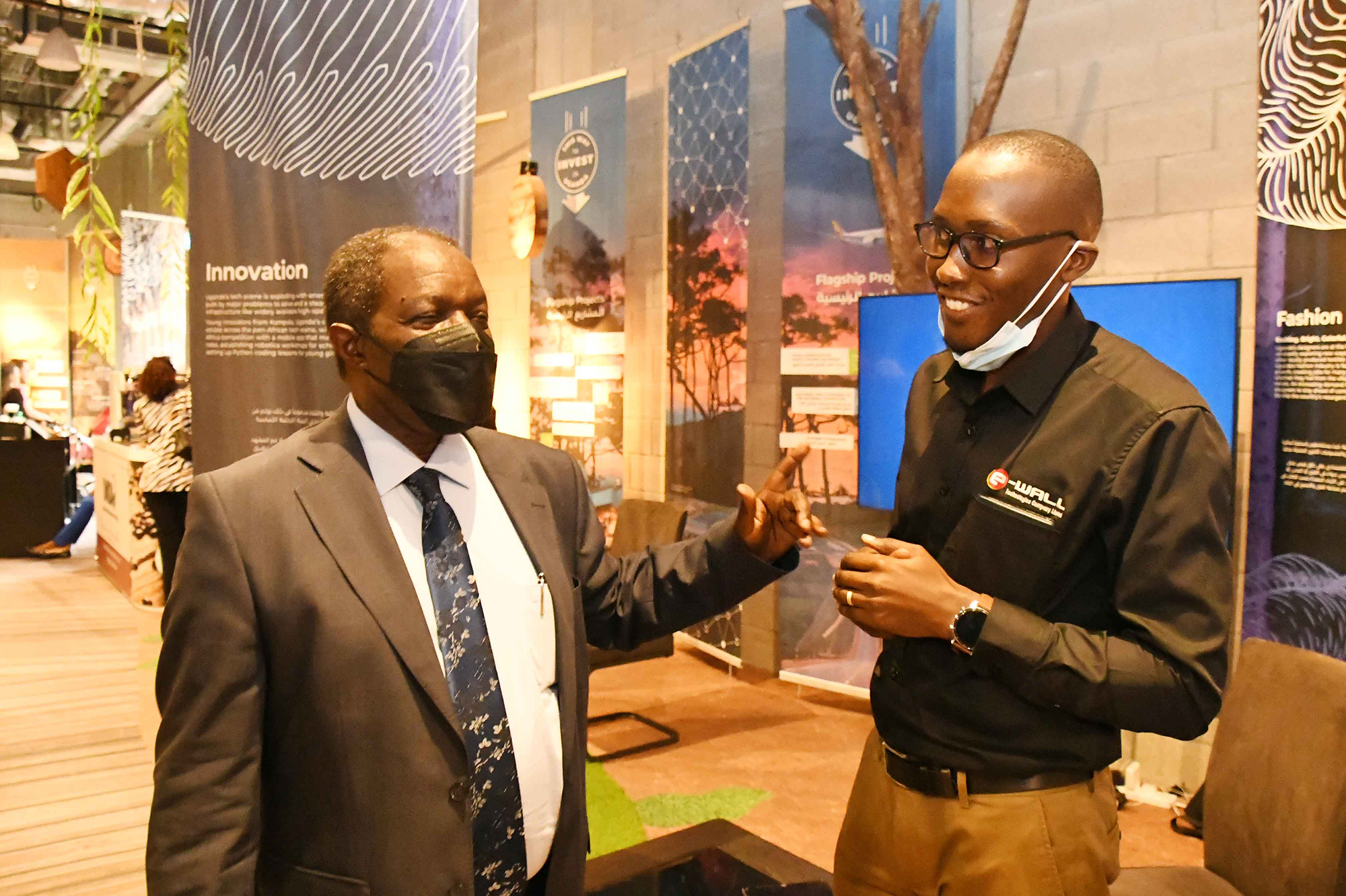 Prof. Bazeyo speaking to Martin Mukama, the Chief Technical Officer of e-wall technologies at the Expo in Dubai

“With BPO, the companies are willing to invest here, train the youth with the necessary skills and employ them in their companies but working from home,” he explained.

He said companies in Turkey, where he spent three weeks on his way to the Dubai Expo 2020 and those from the US were willing to invest in BPO in Uganda.

Others are from Saudi Arabia and UAE.

He said Uganda stands to compete well in the BPO sector because it has so many unemployed but educated youths who would take up the training and gain the required skills.

He added that Ugandans speak and understand better English than many Asian countries where the BPO is already taking root.