The smell of unique aroma of Ugandan coffee is pulling crowds around the Uganda pavilion at the heart of the Dubai Expo 2020 in the United Arab Emirates (UAE).

Tens of show-goers cue up behind two young men brewing the Ugandan coffee behind the Uganda Coffee Development Authority stall. 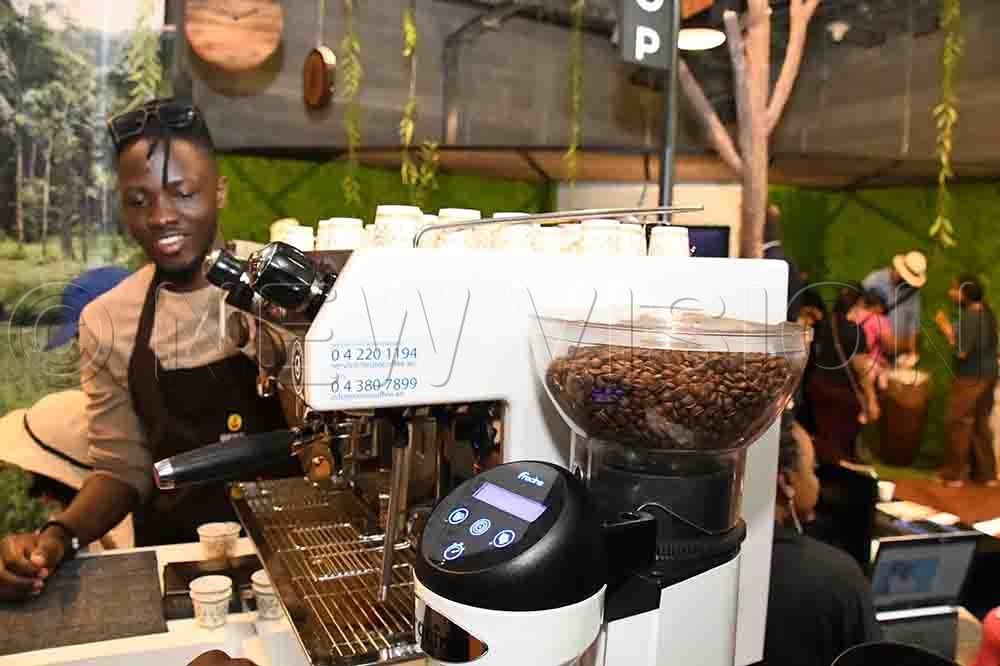 “We have observed that people who turn up here get surprised that Uganda has very good coffee. The aroma alone attracts people from outside, once they get the smell, they want to come inside to see and taste it. We normally get long queues here throughout the day,” said John Lwere, the Uganda Pavilion Manager. 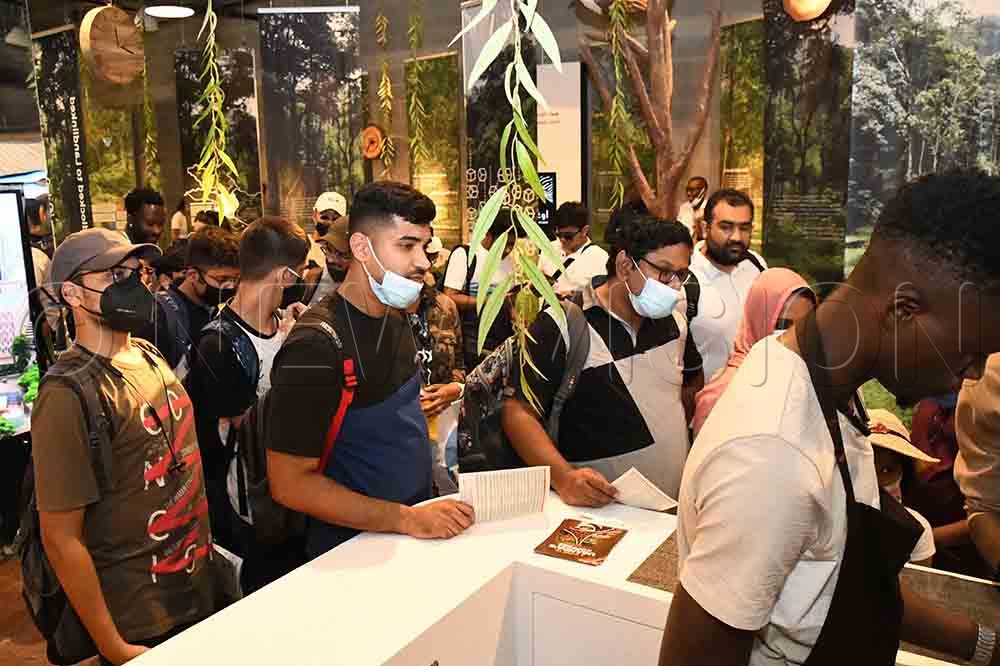 He said they had put a provision for quality rating and from their views, 90% of the show-goers who taste the coffee have rated it 5 out of 5, which he said indicated that it was the best coffee they have had at the Expo.

Men, women, and children were all eying the two young men behind the counter and stretching their hands to be served free cups of coffee. 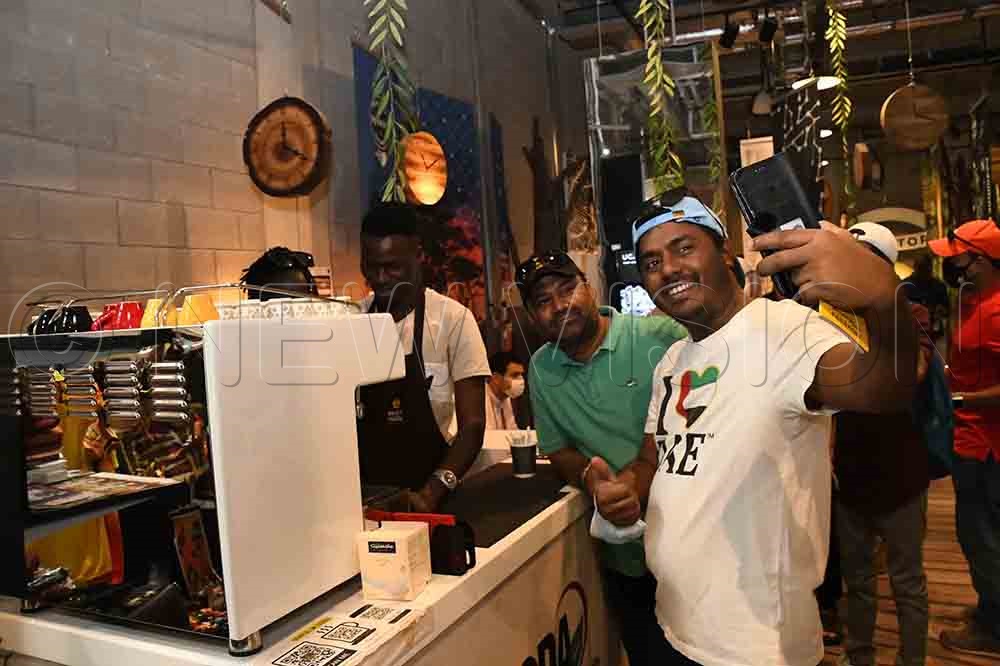 You would see happy faces as both Asians and European show goers show as they walk away while sipping the coffee. “Yes, the demand is high, people keep asking all the time,” Rashid Bwengye who serves the coffee stated.

He works with a colleague, identified as Peter. Opposite, people were attracted to the local drums, and families took turns to try out the sounds of the drums. Occasionally, Ugandans manning the pavilion come in and dance to the drumming with the show-goers. “It is exciting,” Samson Kasumba, a journalist said after he engaged in the drumming, though not exact but created some excitement. 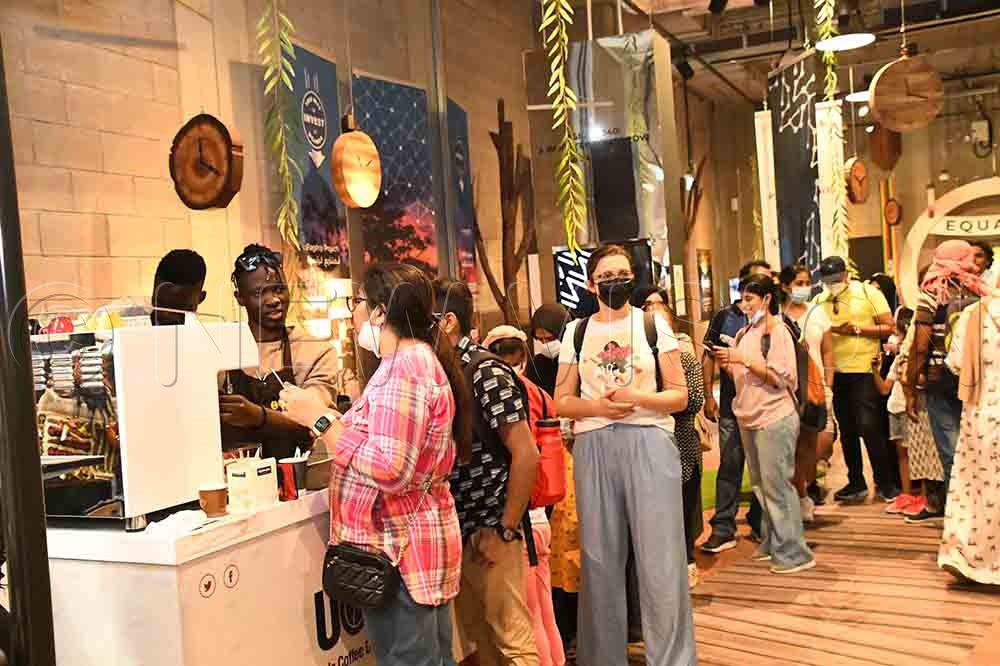 The director said it was an opportunity for Uganda to promote her tourism, trade, and investment once again. “We anticipate interacting with the private sector from the UAE and other participating countries to talk about opportunities in Uganda,” he explained. 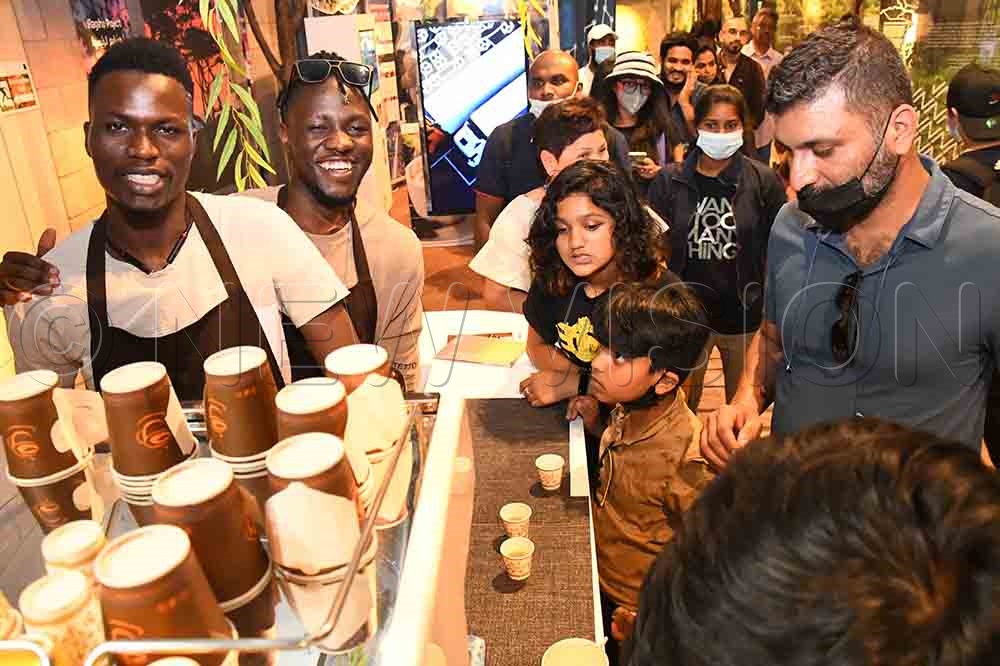 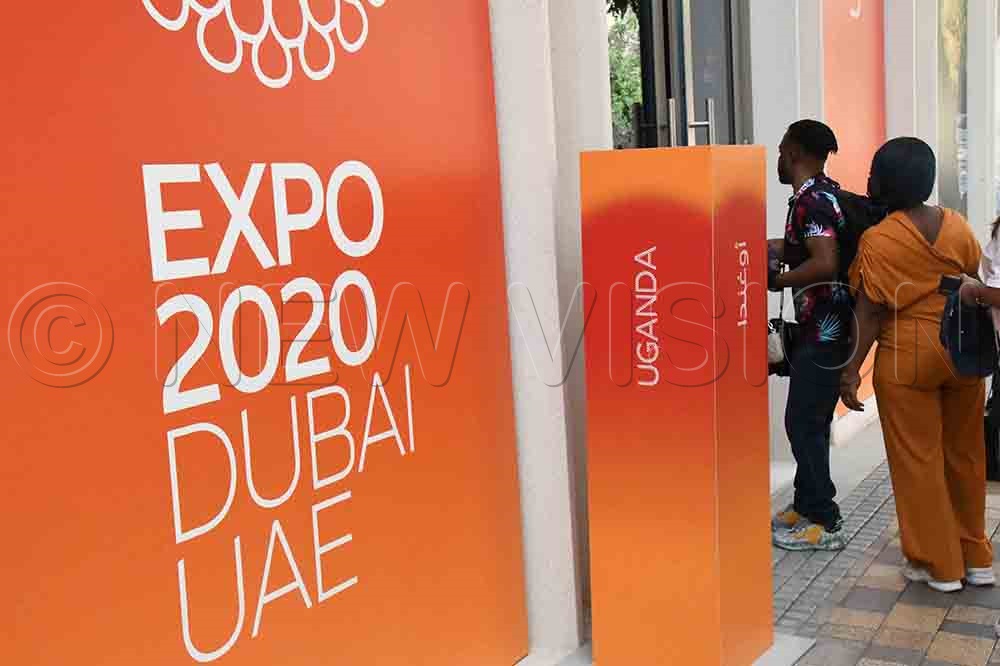