SOROTI - Imagine being born with a vaginal blockage. Vaginal obstruction occurs when a wall of tissues blocks the opening of the vagina.

It is seemingly unimaginable but this happened to Jenifer Atukei at birth.

Atukei grappled with that predicament for 28 years and was tormented a lot in her community.

But today, she has a new vagina and can afford a smile after a successful vaginal reconstruction last week at the Terrewode Women’s Community Hospital, Soroti.

The 28-year old Atukei’s life is currently going on well that she can afford to reminisce about her ordeal with nostalgia.

“In fact,” she recalls, “there was as time I contemplated committing suicide to remove the psychological pain. I could not imagine living forever with my private part sealed and with no hope of ever bearing children.”

To conceal the shame, Atukei fell in love with a boy while in senior two.

However, she never allowed any intimacy between them and requested for three years thinking she would have eliminated her problem. She never succeeded! 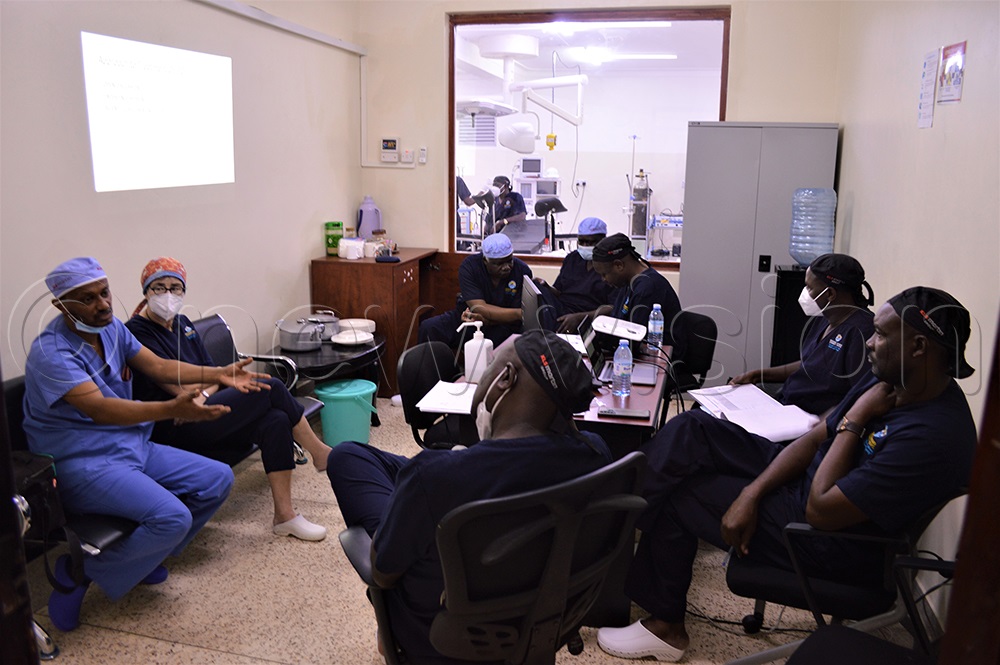 Dr. Fekade Ayenachwe (L), the lead trainer from Ethiopia, explains to his colleagues the outcome of the surgeries.

This disclosure was made last Friday during a five-day training workshop organized by The Association for the Rehabilitation and Re-orientation of Women for Development (TERREWODE), at their headquarters in Soroti.

TERREWODE is an NGO that cares for women with fistula and established Terrewode Women’s Community Hospital.

Seven expert fistula surgeons, urologists, obstetricians and gynaecologists from across the country attended the workshop including two from overseas-Barbra from Germany and Dr. Fekade Ayenachew from Ethiopia.

The executive director of TERREWODE, Alice Emasu Seruyange, said the workshop was timely and spot on.

They launched the war against obstetric fistula and poor maternal health over 20 years ago, employing all possible strategies, and the surgical skills-sharing workshop being their latest and the first of its kind in response to the issue.

“However skilled health workers maybe, or whatever skills they may have, we are saying there is need for continuous training since technology keeps on changing each passing day. Even the fistula senior surgeons need this innovation,” Emasu said.

What is obstetric fistula?

Emasu defines Obstetric fistula as a medical condition in which a hole develops in the birth canal as a result of childbirth.

This can be between the vagina and rectum, urethra or bladder of a woman that results in the constant leakage of urine and/ or faeces, a condition predominantly caused by prolonged or obstructed labour lasting more than 24 hours. 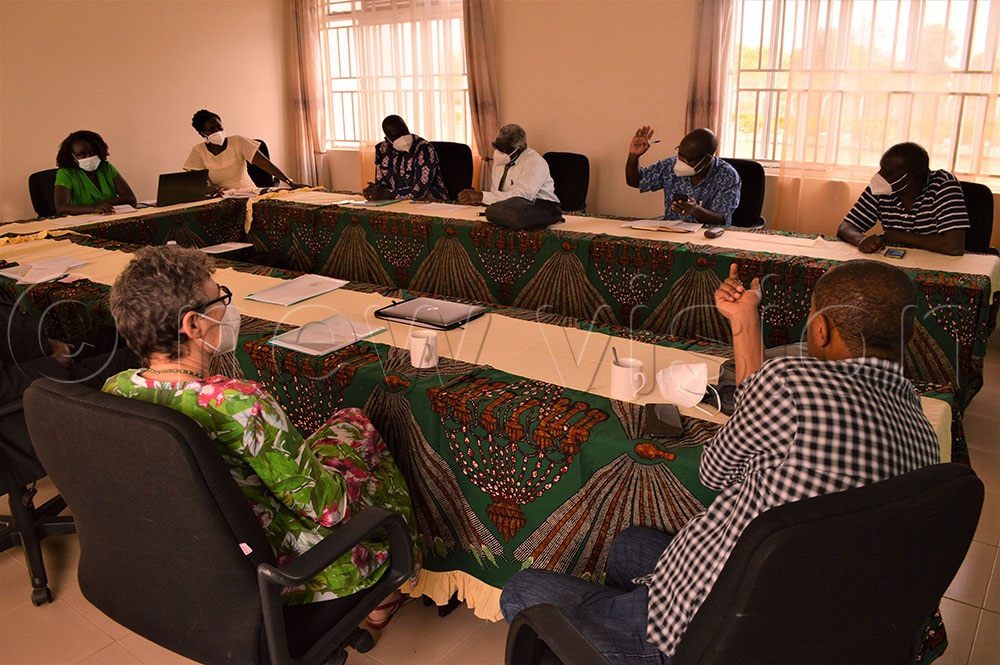 The team of expert fistula surgeons hold a meeting/brainstorming before commencement of their meeting.

“This condition most commonly occurs among women who live in remote rural areas, who give birth without access to medical help. If a woman’s labor becomes obstructed, she could remain in excruciating pain for days before her baby is finally dislodged. Her baby dies and she is often left with an obstetric fistula, a small hole created by constant pressure from the foetus, which renders her incontinent,” she says.

She quotes the 2019 Uganda Demographic and Health Survey, which shows Uganda as a major public health problem, with over 140,000 women living with the condition, and 1,900 new cases reported every year.

Uganda is ranked third in the world in terms of the number of obstetric fistula cases.

Dr. Tom Charles Otim, an obstetrician and gynaecologist from Lira University, one of the expert surgeons who operated on Atukei said she (Atukei) has been given a new lease of life and can now have sex, marry and even conceive.

Otima said the workshop allowed them as expert surgeons who work on fistula, to work and learn from one another and share experiences in fistula repair, in terms of the operation that they do, and also learn new knowledge that is available.

Without this machine, you will not be able to make a very good diagnosis. 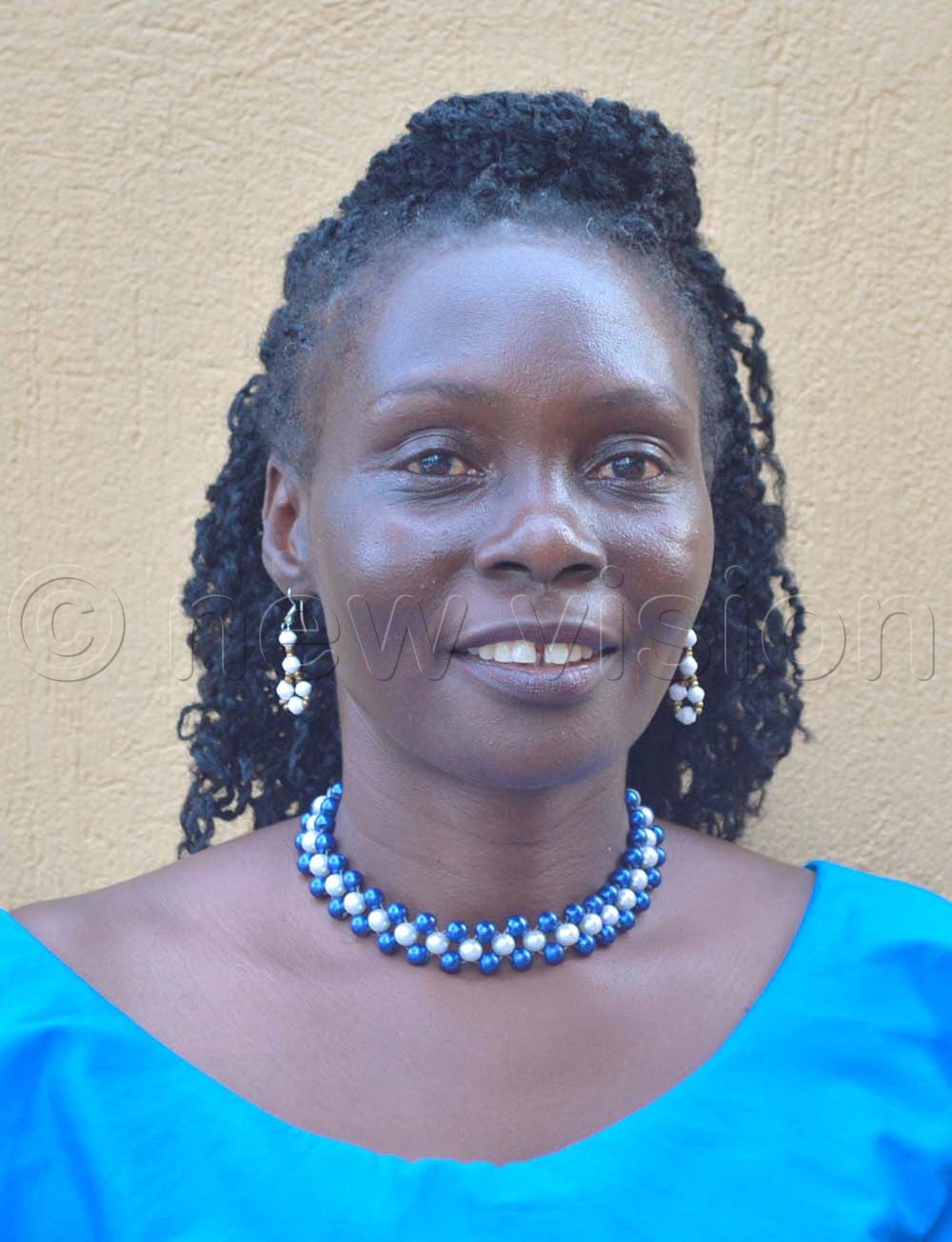 Dr. Otim confessed not having had adequate exposure to this machine earlier, meaning the workshop was very endowing for him.

“Also, as a team of surgeons, transforming the life of Jenifer Atukei who was born without a birth canal by creating a new one for her was truly unprecedented. This is how empowering the workshop was to us,” he said.

He added that they also managed to work on patients with tight urethra (the tube that allows urine to pass outside the body). “The urethra is narrowed during surgery, injured during an operation, which subsequently causes a variety of medical problems in the urinary tract, including inflammation or infection,” he said.

As a way forward, Dr. Otima said now that they have got more skills and knowledge, as they go back to their training units, they shall impart this knowledge to the students and to fellow doctors who are working and they continue to mentor the young ones.

Dr. Alex Wasomoke, assistant commissioner, clinical services, MOH, applauded TERREWODE, saying as far as fistula is concerned in Uganda, they are working in collaboration with other stakeholders under the umbrella of MOH, to offer a holistic approach to the care of mothers going through this dreadful condition.

“I have observed the kind of services provided at TERREWODE Women’s Community Hospital, and I have been moved by the level of professionalism. Mothers at TERREWODE are getting what they missed in their earlier life years,” he said.

Adding, “I thank the medical gurus who have participated in this worthy cause aimed at giving hopeless women hope. I also thank the management of TERREWODE, and pledge to lobby from MOH for any form of help you may need to fulfil your vision especially in supporting fistula women.”

Dr. Haruna Moses Mwanje, from Mulago Women and Neonatal Specialized Hospital, who has done works related to fistula for 25 years, said fistula is being created due to poor maternal services in the country.

For example, neglecting women while in labour and believing in our traditional norms like men thinking that these are women issues, therefore, they (men) are not concerned. Mwanje stresses that people should not think that every woman must push a child between her legs. 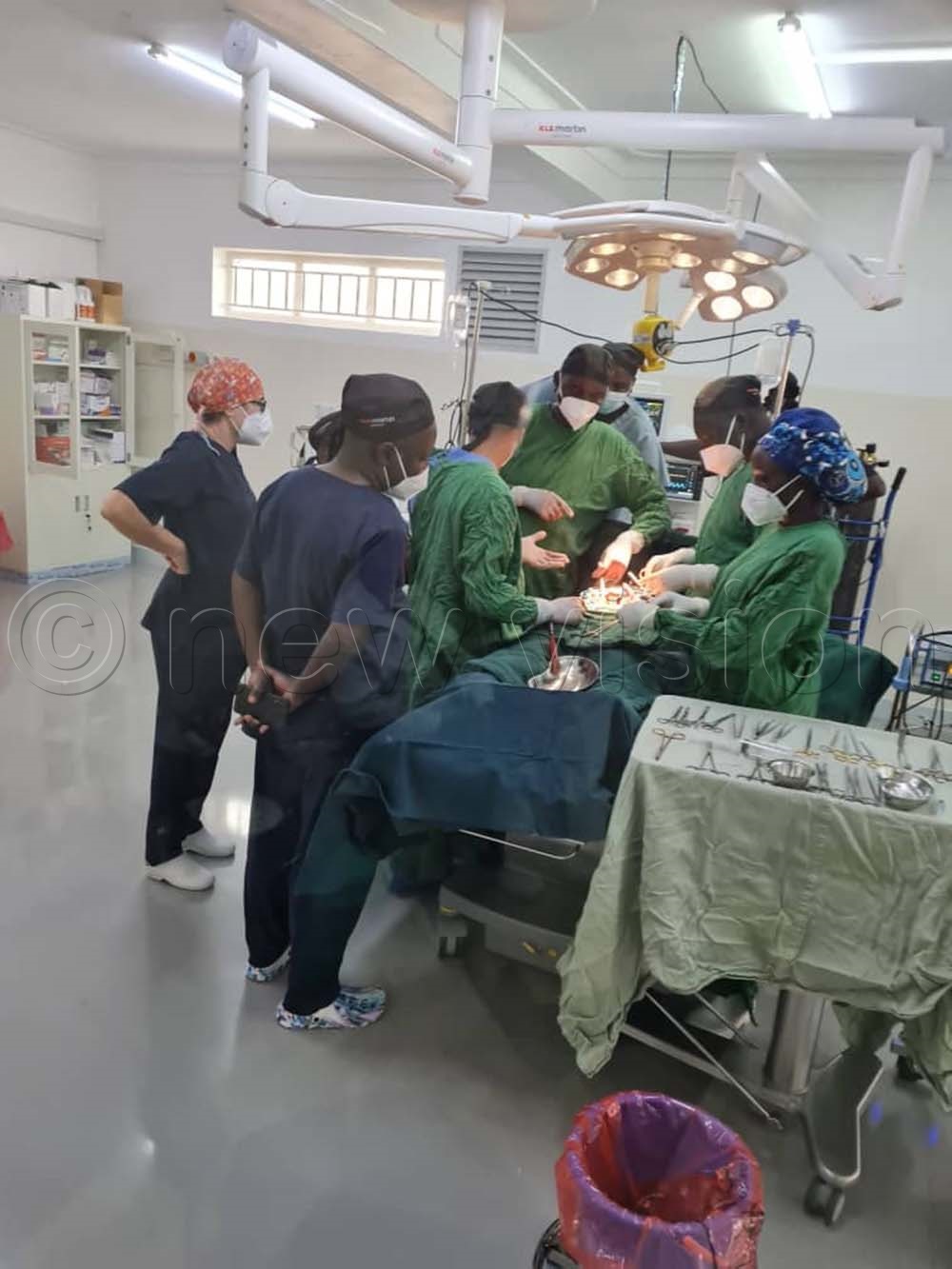 Expert fistula surgeons in theatre carrying out an operation.

“85 percent of women who are pregnant will be able to push babies and 15 percent need an intervention, otherwise failure to intervene will end up into fistula if not death or other complications,” Mwanje said.

He said it was a privilege for him to meet other expert fistula surgeons from other parts of the world like Germany and Ethiopia, because, socially, they mixed and talked of their working environment and challenges, thus finding how to mitigate them.

But according to a renowned German gynaecologist, Dr. Barbra Teltschik, obstetric fistula in any country is a sign of malfunction of the health care system.

Barbra also said that the condition is as well a sign of neglecting the needs of a woman and not treating her equally in the medical system, a trait seen commonly in developing countries where women living in remote rural areas give birth without access to medical help.

Barbra, who is also a member of the International Fistula Alliance said that obstetric fistula is one of the most important things in medicine if care is to be given to women, especially in the settings where women still give birth to so many children.

She also noted that the major challenge with some developing countries is lack of adequate resources in their health systems, to enable them to have all the necessary facilities at all times, a situation which is aggravated by difficulties in getting medical devices and proper medication.

This is because in Europe and other developed countries they do not have any fistula after obstructed labour-- labour is considered obstructed when the presenting part of the foetus cannot progress into the birth canal.

“In Europe, every woman has free access to medical system right from antenatal care and, giving birth to a child, including hospitals being close to where they live with a system of calling an ambulance to take the woman to hospital in a split second,” she elaborated.

There is also a free C-section for any woman who needs it and experts can easily tell through antenatal care whether the head of the baby is too big to pass through the birth canal. With the scheduled C-section for the woman, she is safe and the baby is safe. We have too much in Europe, everything is disposable, “she said.

He advised them as they conduct surgery to share with their colleagues the experience and knowledge they have got from the training, saying they should not be greedy/selfish and keep the knowledge to themselves.

He thanked the entire management of TERREWODE including doctors and pledged on behalf of government, any form of support they may need from the MOH.