Mbabazi told a press conference at his residence in Kololo on Wednesday (February 16) that the foundation was set up by the founding member states of Congo-Brazzaville, DR Congo, Togo, Mauritania, Senegal and Uganda.

“It is of course open to all African states that subscribe to its objectives and are willing to participate in it. The foundation will be giving security briefings to member states through the established organs to help members make sense of the changes happening in the region and in the world,” he said. 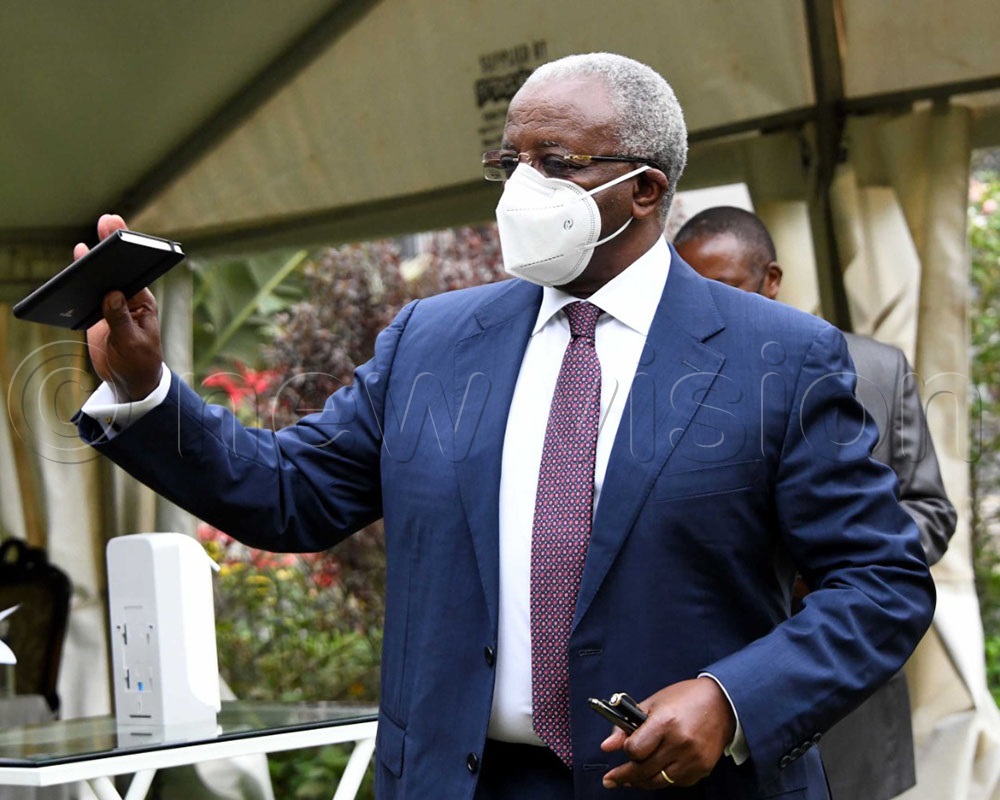 Former Prime Minister Amama Mbabazi is the chairman of the African Global Security Foundation. (All Photos by Mpalanyi Ssentongo)

He noted that this will hopefully contribute to the shaping of the member states’ foreign and security policies and help build a safer and more stable region and the world.

“The primary focus of the foundation will be on member states security and international affairs and how to improve safety of the member states,” Mbabazi, the former independent presidential candidate stated.

He also stated the foundation was launched on February 13 in Dakar, the capital of Senegal, by the heads of state but they needed to get everyone on board by having him officially address the press on the issue.

Mbabazi, who is also the former National Resistance Movement (NRM) secretary general, said he was happy to lend a hand in resolving the conflicts, especially in the Great Lakes region of Africa. 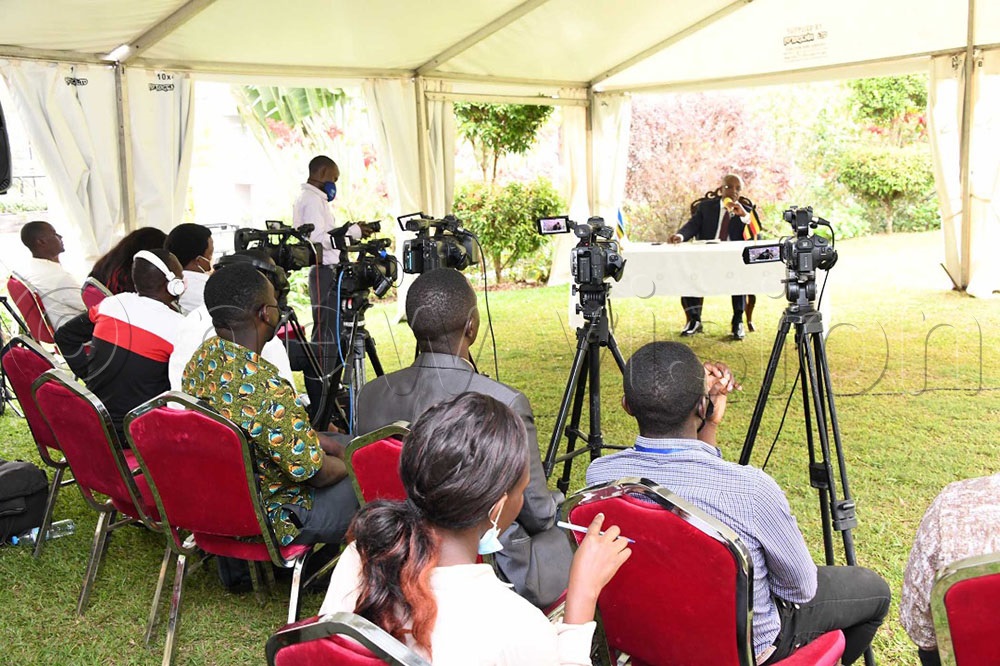 Journalists covering Mbabazi at the press conference he called at Kololo, Kampala on Wednesday.

“The President (Museveni) asked me to lend a hand in the efforts by fellow Africans to resolve the conflicts, especially in our area and being a revolutionary and the Pan-Africanist at that I agreed to give a hand,” he said.

“So he offered me (the job) and I accepted to be the special envoy on the Great Lakes Region, South Sudan. And I agreed because I believe in peace, I believe senseless war is something all of us must bring to an end and I am happy to play my part in that effort,” he said.

He and Museveni were recently in Senegal for a one-day working visit at the invitation of President Macky Sall, who is the current chairperson of the African Union.

Museveni and Sall discussed a wide range of issues of mutual interest, including the security situation on the continent, as well as the economic development of African countries.

When Mbabazi attended the 39th Tarehe Sita celebrations in Nakaseke district on February 6, 2020 it seemed President Museveni's efforts to bring him back to the NRM fold had paid off. 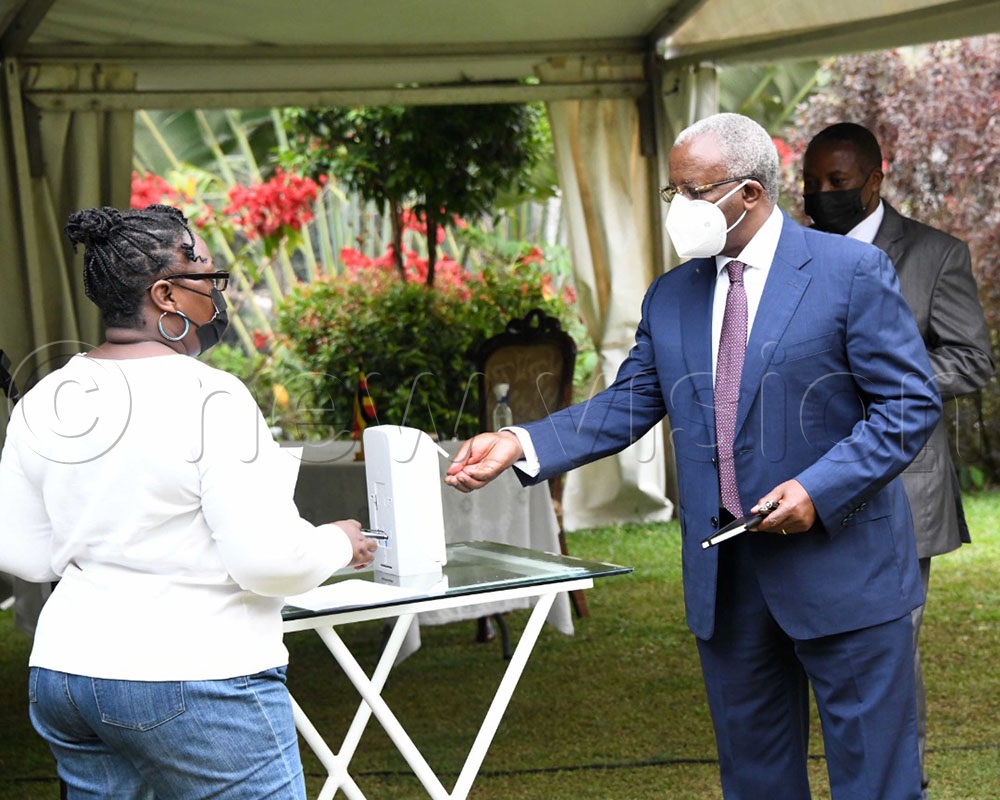 Museveni and Mbabazi exchanged smiles and shook hands during the celebrations at Nakaseke district headquarters in Butalangu town as Bukenya, who was at the centre, looked on.

However, it was the third time he was meeting the President in a period of fewer than two months.

The first was at Museveni's farm in Kisozi and later in Togo, West Africa, where the President was attending a two-day Africa-France Summit on drug trafficking and counterfeit medicines on the continent.

Before this, the last time people had seen Mbabazi and Museveni together was at the Kuhingira (give-away ceremony) of the former's niece, Bridget Birungi to Andile

Mbabazi said the give-away ceremony was an opportunity for him to catch up with his former comrades.

He, however, said he was not about to return to the Government.

He also said being out of government would not affect his relationship with his comrades, which spans over 40 years.

Museveni in DR Congo for peace and security summit
▶️ IN THE WEEK PAST: Five Presidents hand Mbabazi security r...
Mbabazi explains why he is still in NRM