The reopening of Bulegeni Primary School in Bulambuli district remains in the balance as most of the classrooms have been invaded by huge anthills.

The government-aided school has over 900 pupils and the termites have built huge anthills in four classrooms.

The school’s headteacher, John Nandala, told New Vision that termites also have eaten up several desks that had been left in the classrooms.

"The termites took advantage of the COVID-19 lockdown where the classrooms were not in use to build anthills," Nandala said. 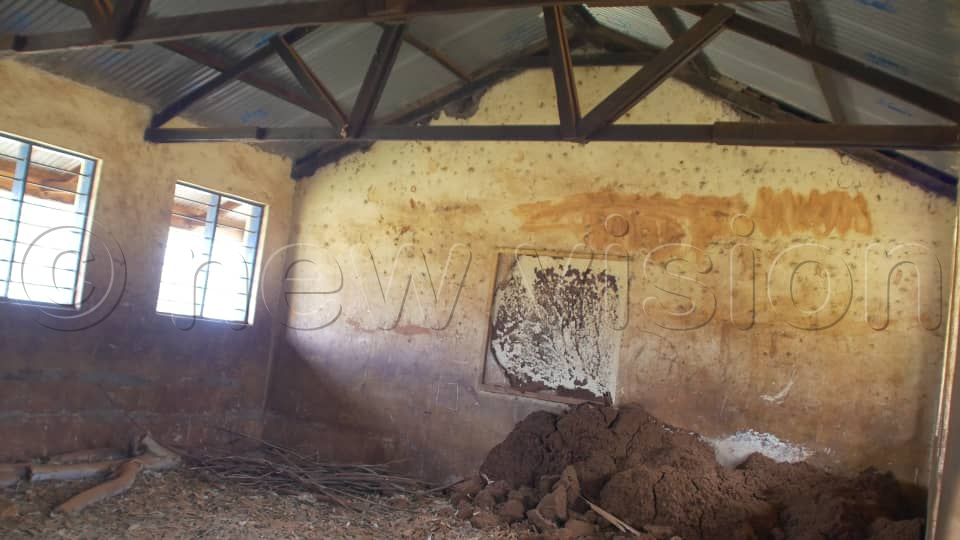 An anthill in one of the classrooms at Bulegeni Primary School. Photo by Paul Watala

"Up to now we have not received the start-up funds from the government to refurbish the school and clear these anthills," he said.

"The teachers are ready and we expect 100% turn-up of teachers because they have all been vaccinated and have attended sensitisation trainings," Nandala said.

"Our only worry is that our pupils might fail to fully return because a number of girls have gotten pregnant while others have already given birth," Nandala lamented.

He also expressed fear that even boys may fail to report back to school because some of them are recovering after undergoing circumcision.

Fred Wanansolo, a parent, also expressed fear that the number of girls who will turn up for the first term is going to be less, adding that some of them have been lured away by business.

"We have hundreds of girls that have crossed to Kenya to work as maids and it's very challenging to convince their parents to call their daughters back so that they can go to school," Wanansolo said.

He said some of the children have grown and fear repeating classes, adding that some may not go back because they cannot allow being punished by teachers.

Simon Okwii, the education officer in Bulambuli, who represented the DEO noted that money had been received on the district accounts, adding that there were some technicalities that were being handled before the money is sent to schools’ accounts.

"All the schools in Bulambuli have not yet received the start-up funds but by the end of next week, money will be sent to schools accounts," Okwii said.

"We are appealing to school administrators to do some light works that do not need money and when money gets to their accounts they will do the remaining heavy works," he added