Home
NEWS
MEDIA
Supplements
Tenders
Notices
A worker registers for compulsory vaccination after being barred into office for not complying with the order at the State Secretariat in Abuja, Nigeria. (Photo by KOLA SULAIMON / AFP)

Nigeria, Africa's most populous country, on Wednesday confirmed its first cases of the new Covid-19 variant, saying it had been found among three passengers who had travelled to South Africa.

Cases of Omicron have been detected in numerous countries since the strain was first reported to the World Health Organization (WHO) in South Africa last week, prompting border closures and travel restrictions. 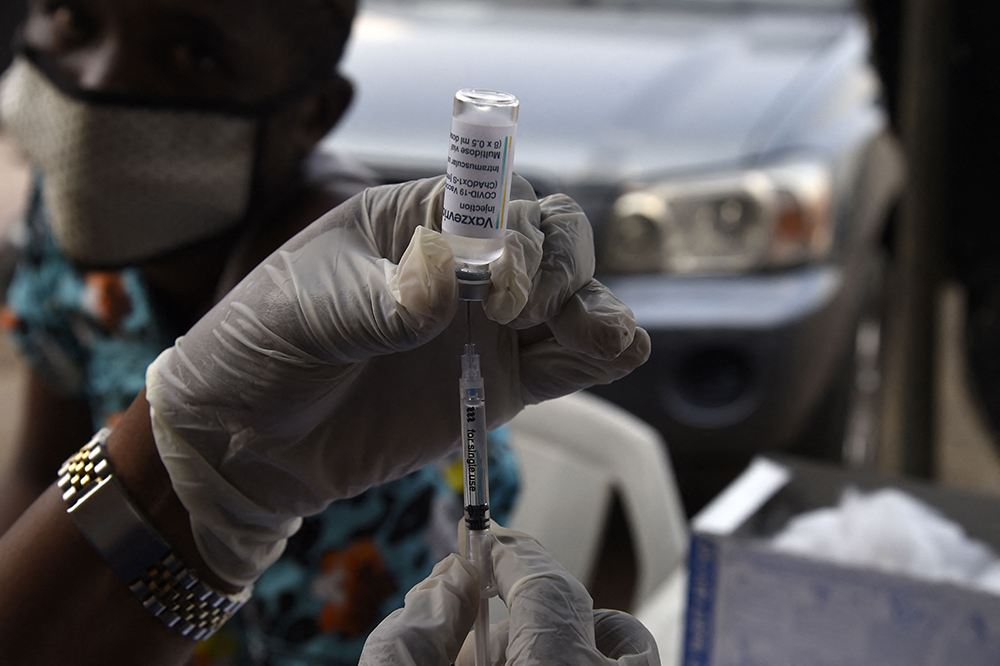 A health worker tries to load into a syringe a Vaxzevria Astrazeneca vaccine during the vaccination. (Photo by PIUS UTOMI EKPEI / AFP)

"Genomic surveillance has now identified and confirmed Nigeria's first cases of the B.1.1.529 SARS-CoV-2 lineage, now known as the Omicron variant," said the head of Nigeria's Centre for Disease Control, Ifedayo Adetifa.

"Omicron is widespread globally... Therefore, it is a matter of when not if, we will identify more cases," he said.

"But the danger is that if someone has the Omicron, and it is incubating, it will not be found at the airport."

"This is a global pandemic and overcoming it requires that we collaborate and work together as a collective," he told reporters with Buhari by his side.

"The resulting damage of this travel ban to the economies of the countries affected will be considerable and long-lasting." 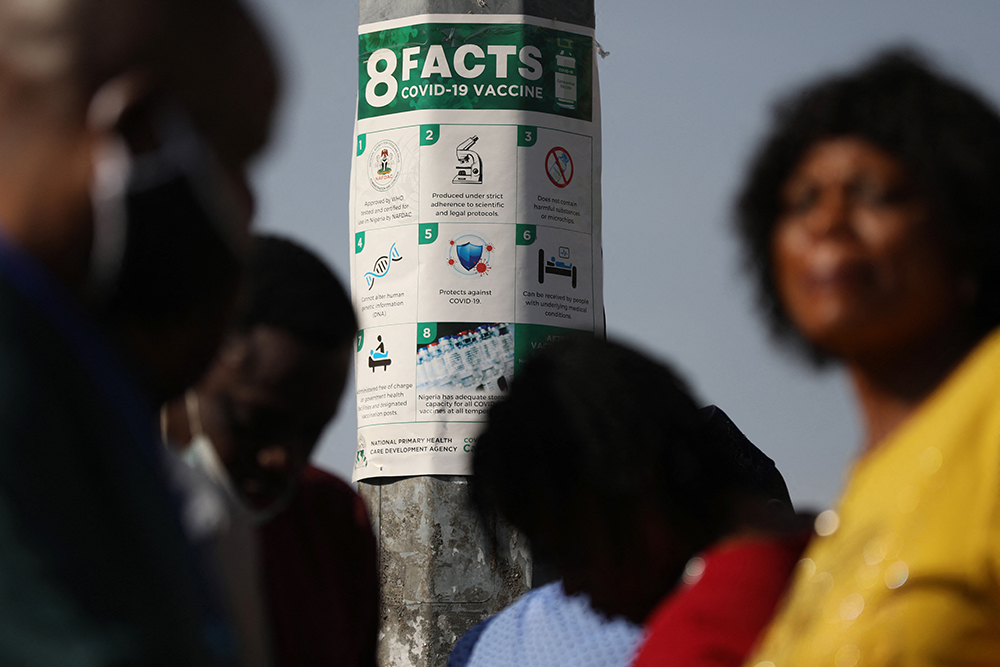 Workers stand beside poster guiding rules for compulsory vaccination of workers at the State Secretariat in Abuja, Nigeria, on December 1, 2021. (Photo by KOLA SULAIMON / AFP)

France said Wednesday it would start allowing flights from southern Africa to land on its territory from Saturday, but with "drastic" restrictions allowing only French and EU residents to disembark, along with diplomats and flight crews.

Those travellers will need a Covid test upon arrival, with a negative result still requiring a seven-day quarantine, while a positive test will require a 10-day quarantine, government spokesman Gabriel Attal said.

The coronavirus outbreak has killed 2,976 people and infected 214,113 in Nigeria, according to official statistics, but the real figures are believed to be much higher, in part because of low testing rates.

Home to around 210 million people, the West African nation has launched vaccination campaigns and requires civil servants to show proof of jabs or a negative test to enter public buildings.

The government said it plans to inoculate around 112 million people, amounting to 70 percent of the adult population, by the end of next year.