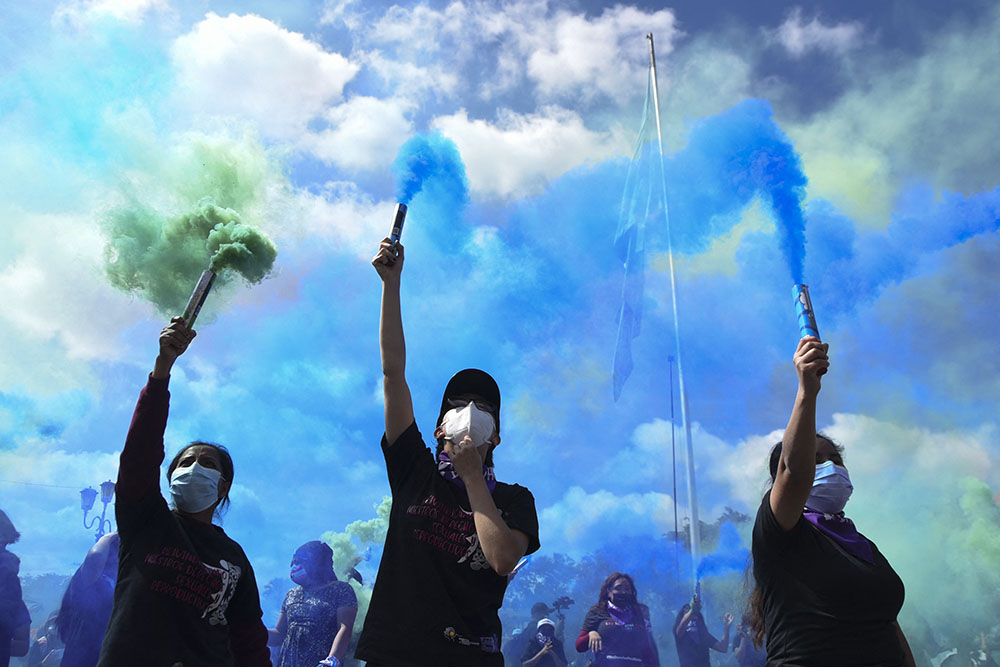 Women take part in a demonstration on the International Day for the Elimination of Violence against Women in Guatemala City, on November 25, 2021. (Photo by Orlando  ESTRADA / AFP) 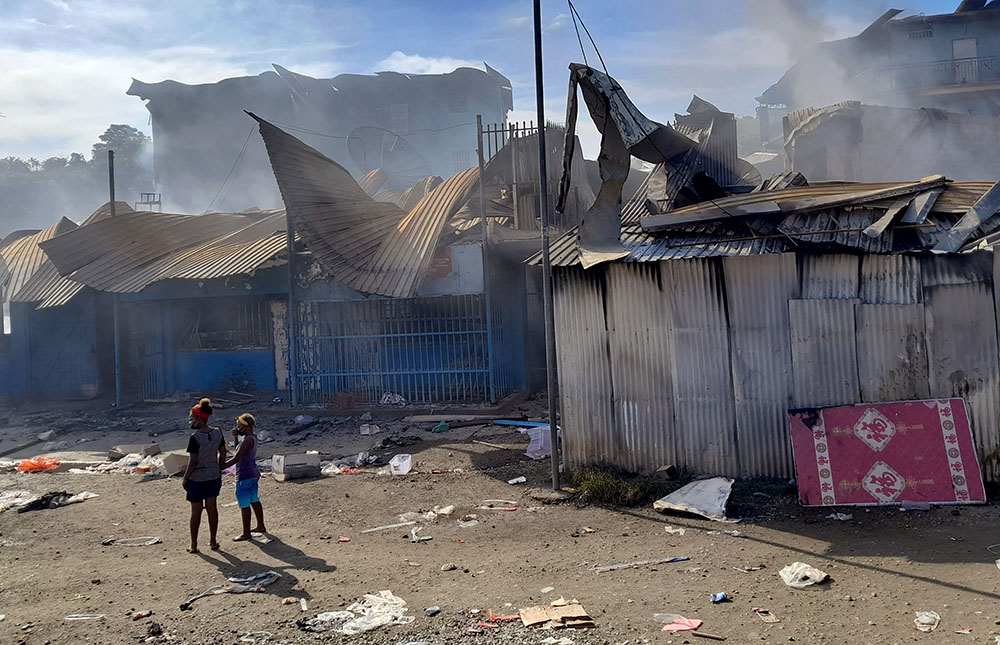 Smoke rises from a burnt out buildings in Honiara's Chinatown on November 26, 2021 after two days of rioting which saw thousands ignore a government lockdown order, torching several buildings around the Chinatown district including commercial properties and a bank branch. (Photo by CHARLEY PIRINGI / AFP) 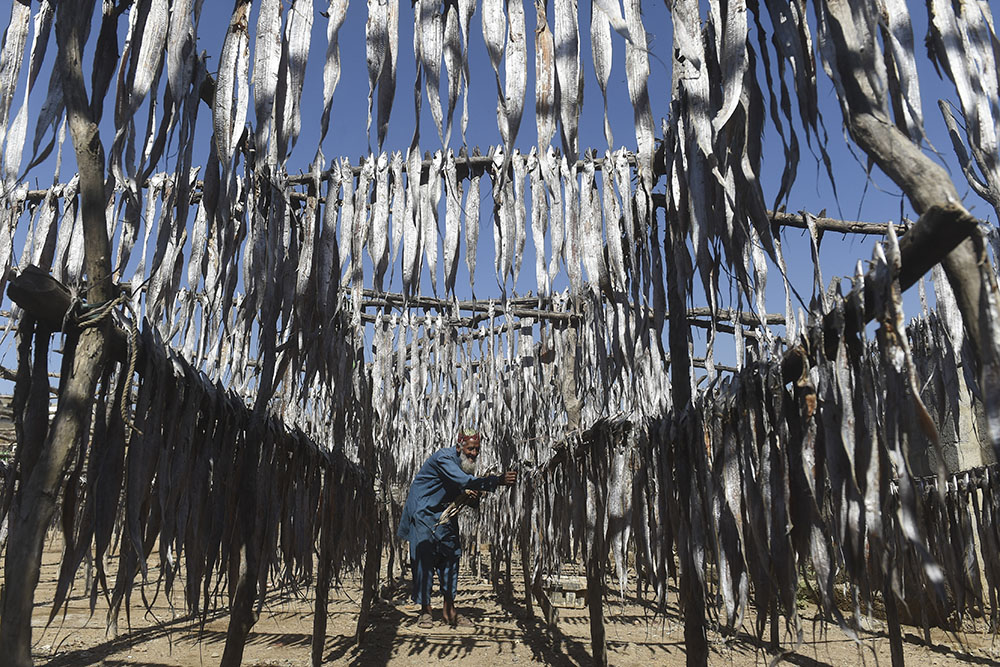 A fisherman collects dried fish at a fishing village in the port city of Karachi on November 25, 2021. (Photo by Asif HASSAN / AFP) 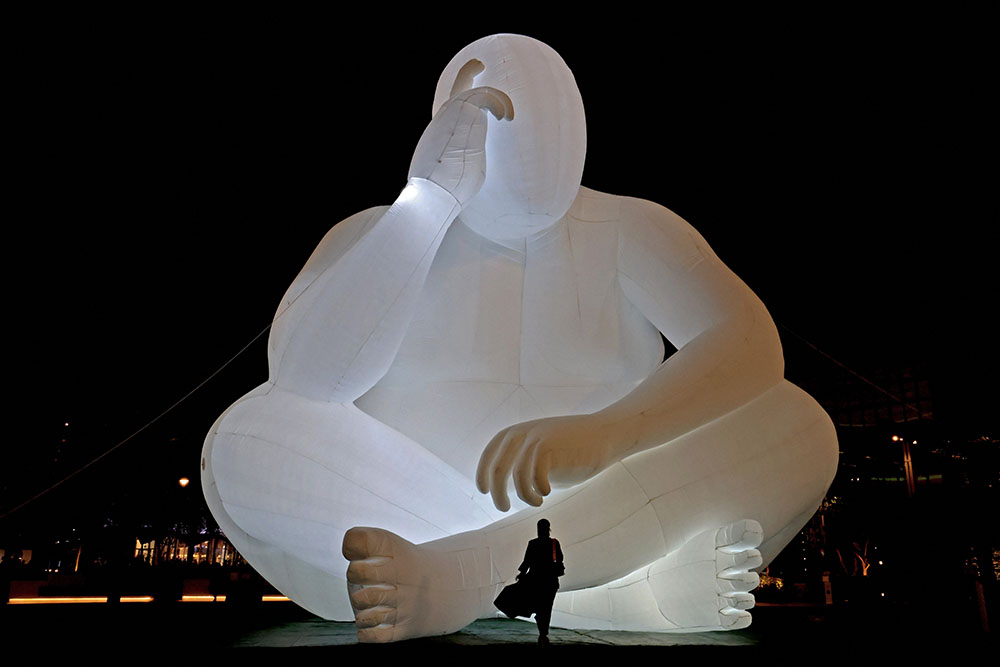 A woman stands in front of the 12 metres tall art installation "Man" by Amanda Parer displayed at the Expo 2020, in the Gulf Emirate of Dubai, on November 24, 2021. - "Man" is a giant inflated and illuminated sculpture based on artist Auguste Rodin's "The Thinker" (1881), a piece often used to represent man's pursuit of intellectual thought and philosophy. (AFP) 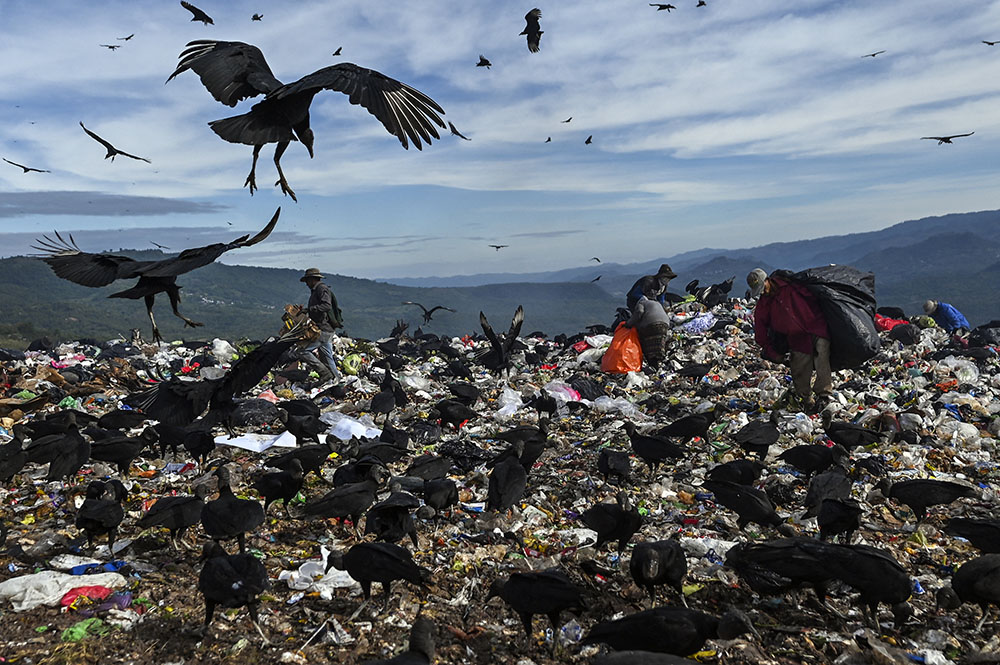 black voltures are seen at the municipal dump as people search through garbage, in the northern outskirts of Tegucigalpa, on November 24, 2021. - Honduras, which will hold general elections on November 28, battered by drug trafficking, political instability, gang violence and hurricanes, has more than half of its population of nearly 10 million people living in poverty. (Photo by Luis ACOSTA / AFP) 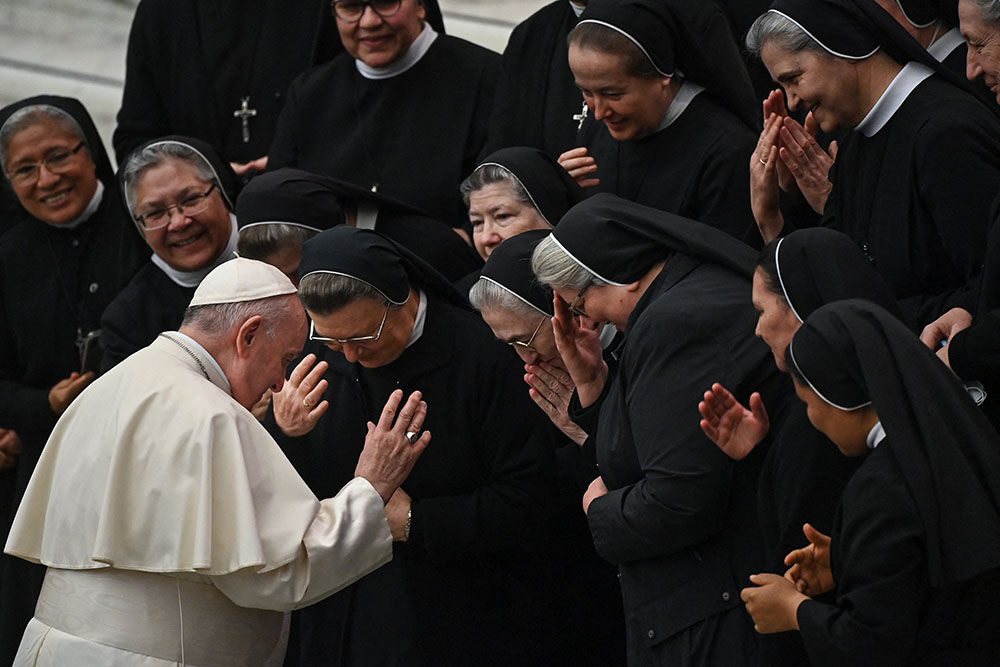 Pope Francis prays with a group of nuns during the weekly general audience on November 24, 2021 at Paul-VI hall in The Vatican. (Photo by ANDREAS SOLARO / AFP) 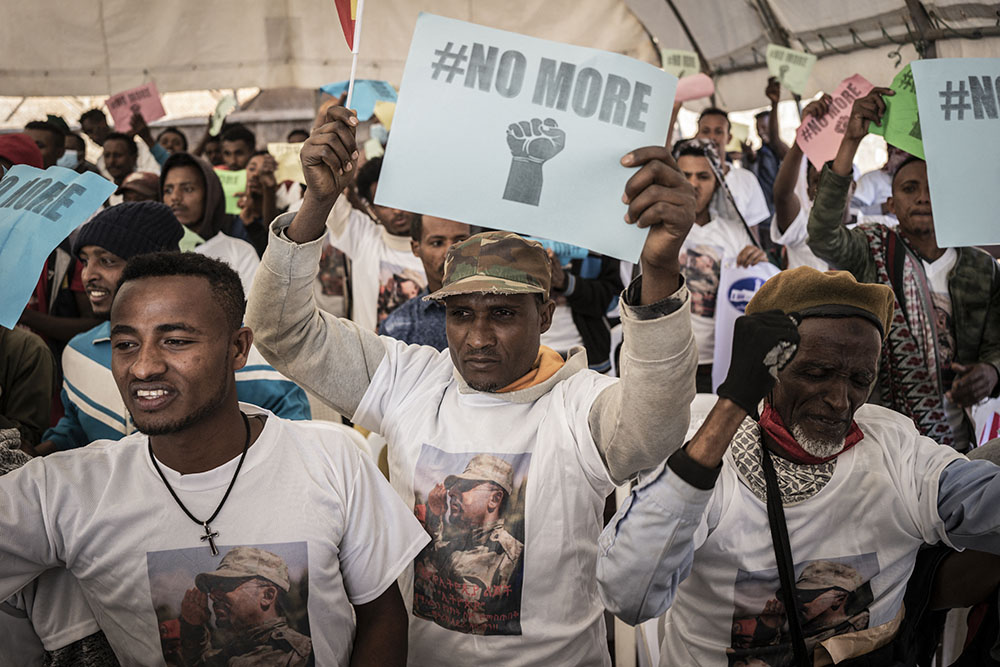 New military recruits who are joining the Ethiopian National Defence Force hold papers showing messages of "NO More" as they protest against purported fake news during the send-off ceremony in Addis Ababa, Ethiopia, on November 24, 2021.  (AFP) 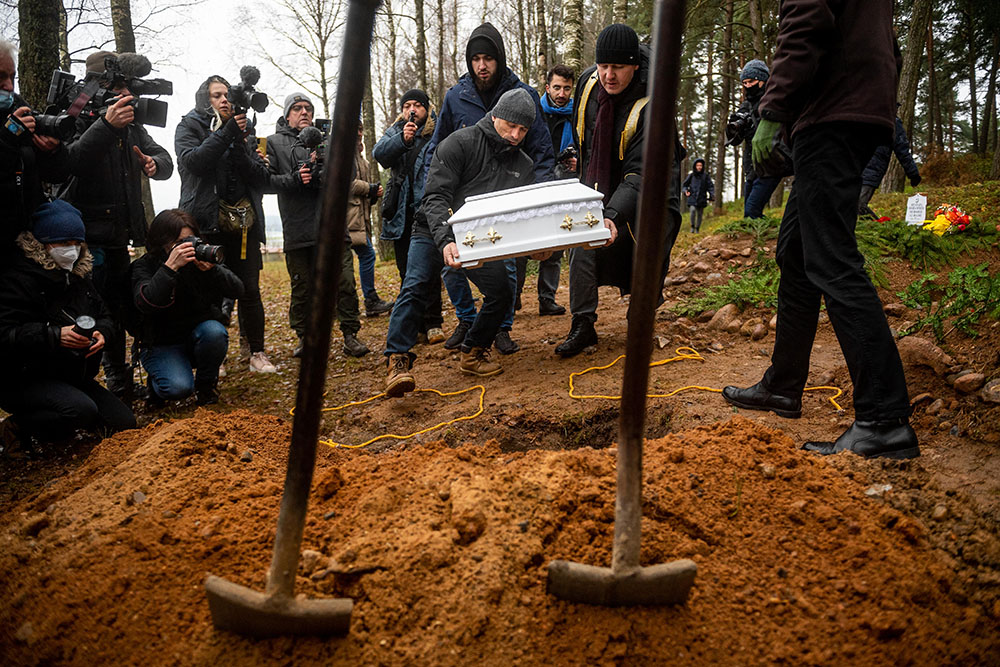 Journalists watch as members of the local Muslim community lower the coffin of a stillborn 27-week-old baby - named as Halikari Dhaker - of an Iraqi migrant, into the grave during the funeral at the Muslim cemetery in Bohoniki, eastern Poland, near the Polish-Belarusian border, during the migrant crisis, on November 23, 2021.  (Photo by Mateusz Slodkowski / AFP) 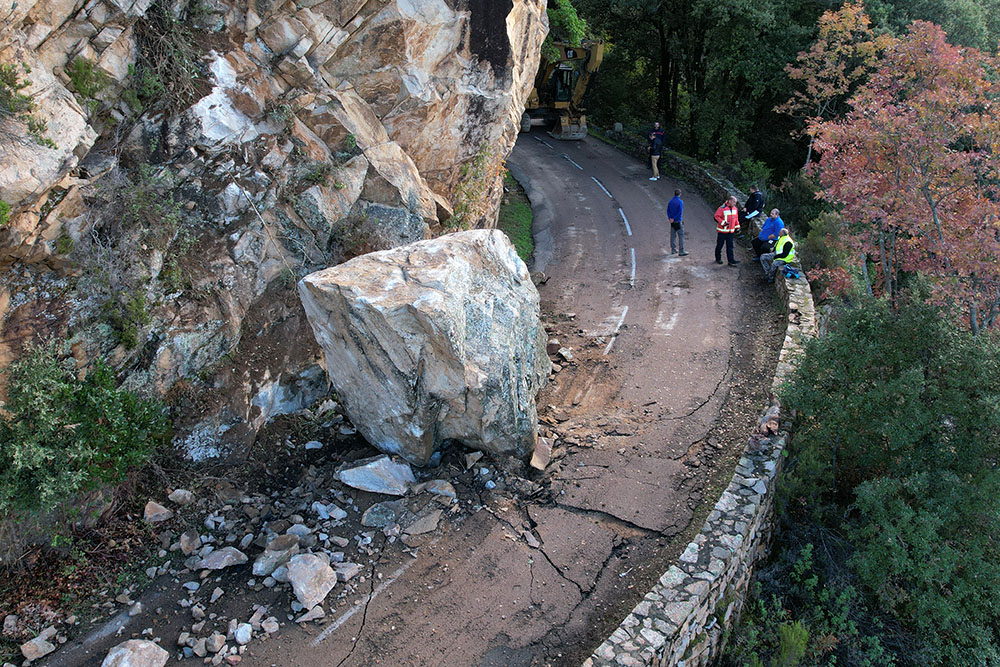 An aerial view shows a rock from the cliff that fell onto the Piana Calanches road in Piana on November 25, 2021 on the French Mediterranean island of Corsica. - The Piana Calanches are a Unesco heritage site, and the road is very busy with tourists in summer, and very little in winter. No one was injured in the incident. (Photo by Pascal POCHARD-CASABIANCA / AFP) 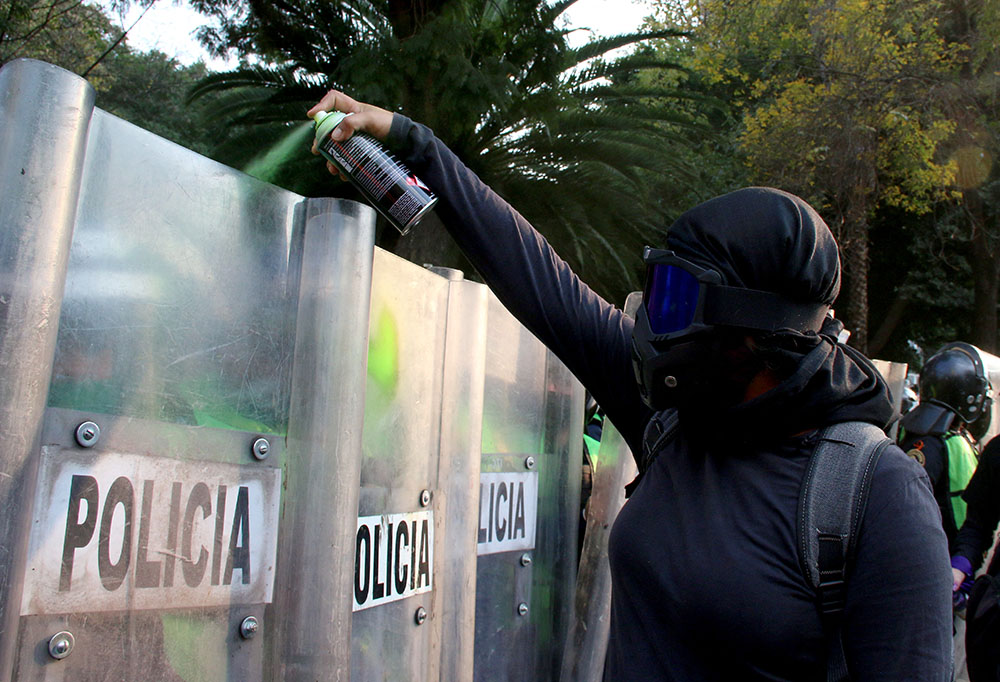 A woman sprays painting on a group of riot police during a demonstration on the International Day for the Elimination of Violence against Women in Mexico City on November 25, 2021. (Photo by SILVANA FLORES / AFP) 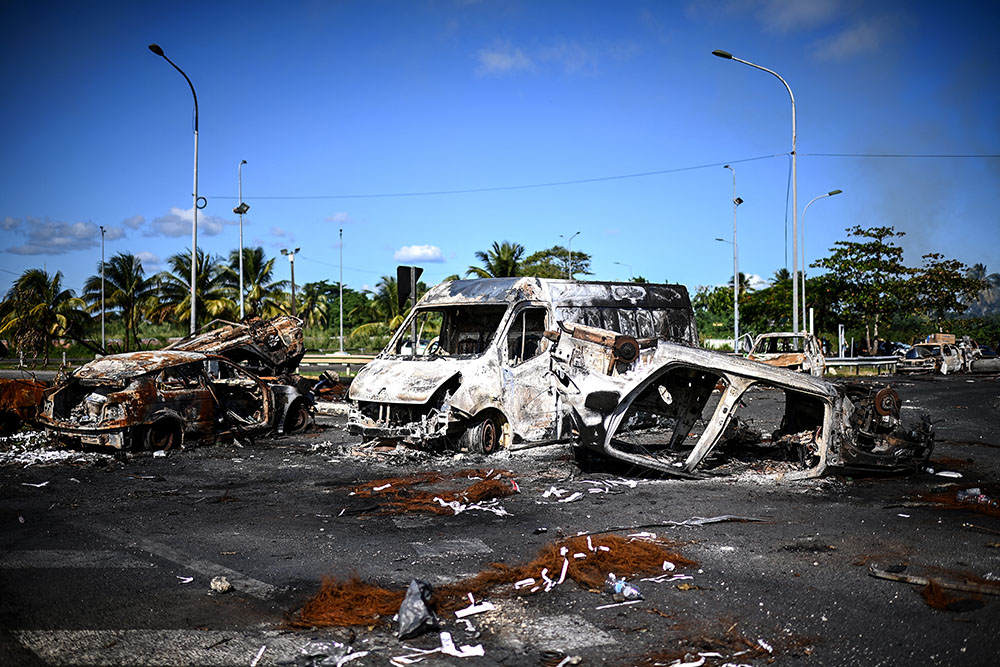 This photograph taken on November 23, 2021 shows barricades made of burnt cars at Montebello roundabout in Petit-Bourg, on the French Caribbean island of Guadeloupe following days of rioting against Covid-19 measures. (Photo by Christophe ARCHAMBAULT / AFP) 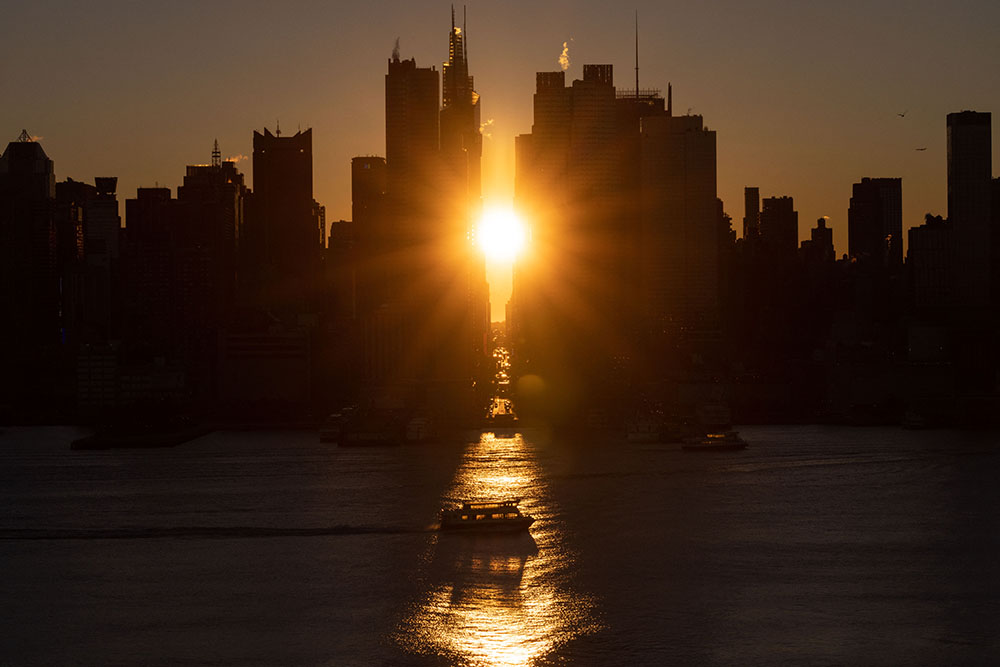 The sun rises above 42nd Street during a reverse 'Manhattanhenge' in New York, New York photographed from Weehawken, New Jersey on November 24, 2021. - 'Manhattanhenge' is a phenomenon during which the setting sun or the rising sun is aligned with the east–west streets of the main street grid of Manhattan, New York City. (Photo by Yuki IWAMURA / AFP) 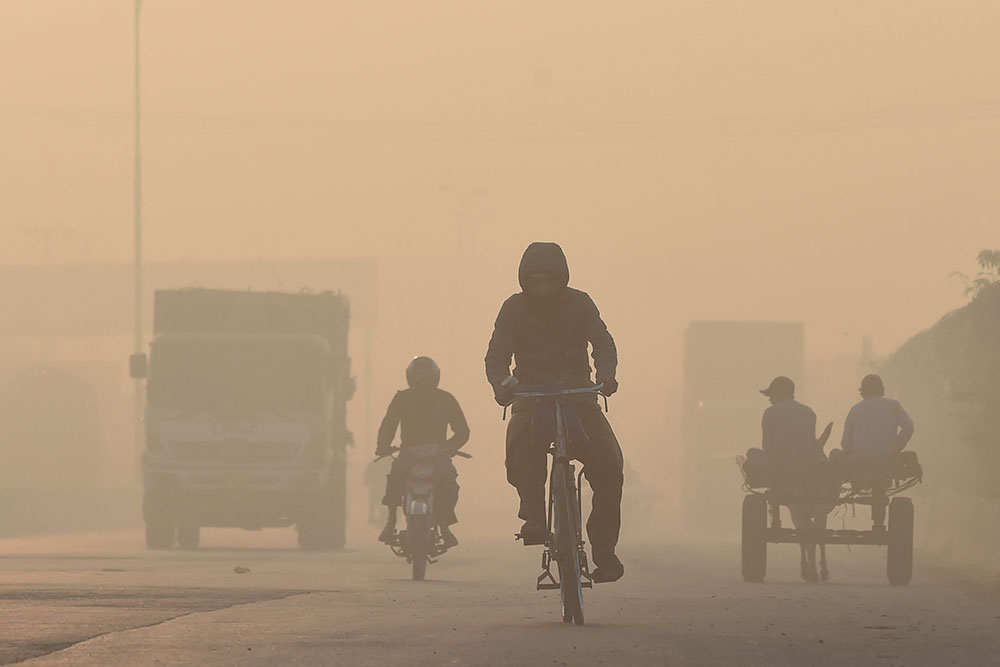 Commuters make their way along a road amid smoggy conditions in Lahore on November 23, 2021. (Photo by Arif ALI / AFP) 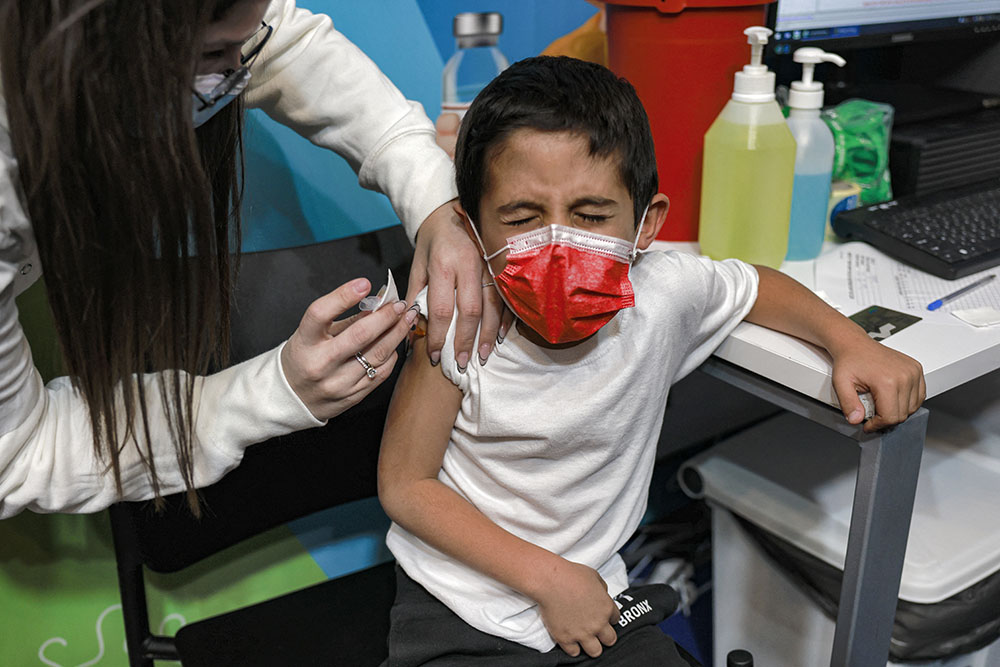 An Israeli health worker administers a dose of the Pfizer/BioNTech Covid-19 vaccine to a six-year-old child at Clalit Health Services in Jerusalem on November 23, 2021, as Israel begins coronavirus vaccination campaign for children aged five to 11. (AFP) 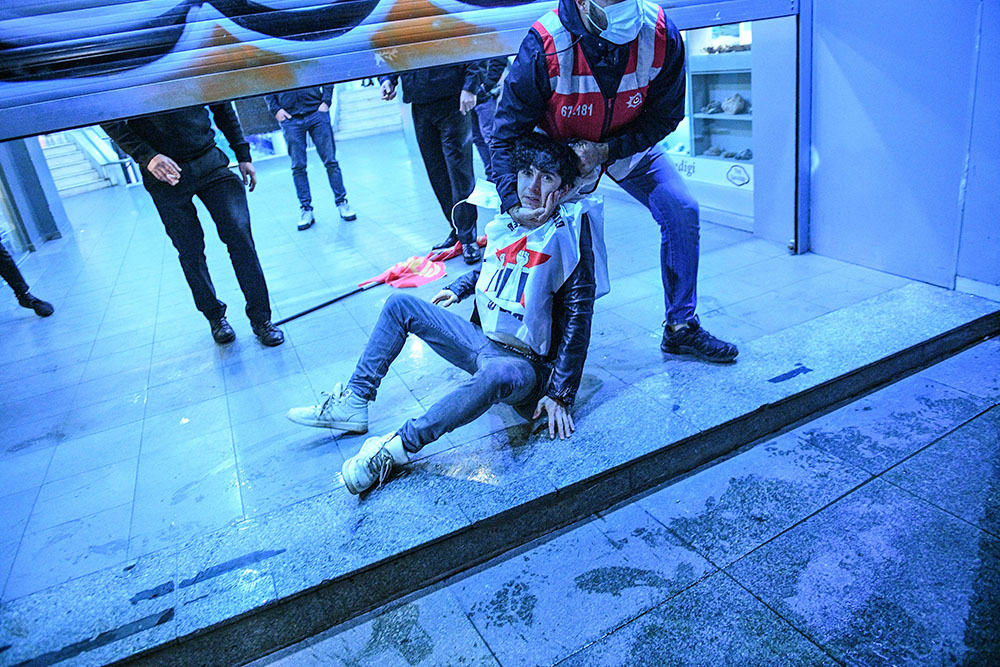 Police officers detain a man during a protest against the economic crisis and high cost of living in Istanbul, on November 24, 2021. (Photo by Bulent Kilic / AFP) 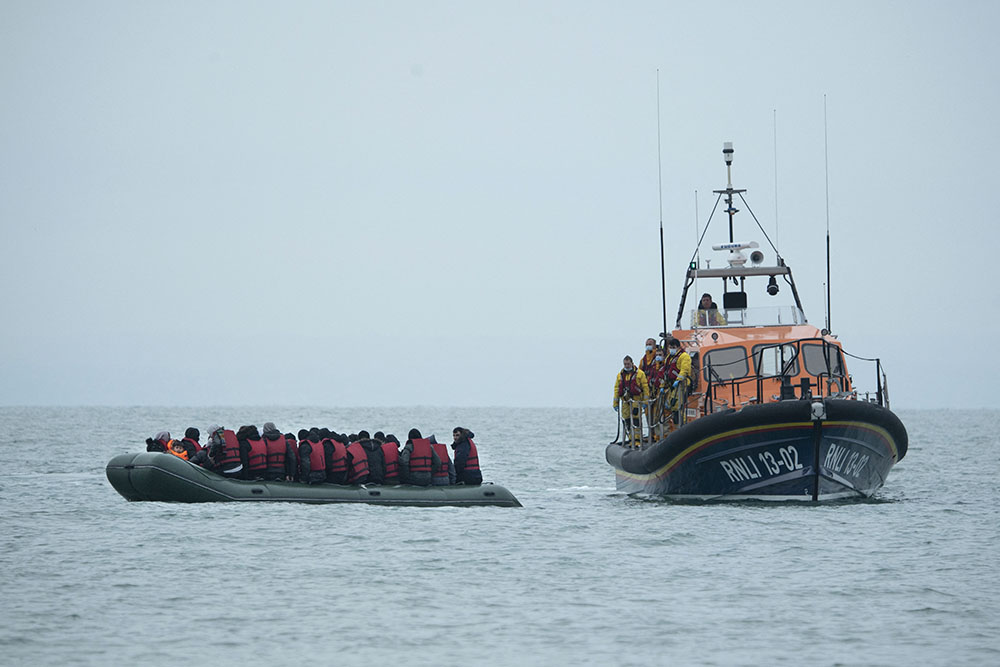 Migrants are helped by RNLI (Royal National Lifeboat Institution) lifeboat before being taken to a beach in Dungeness, on the south-east coast of England, on November 24, 2021, after crossing the English Channel. (Photo by Ben STANSALL / AFP) 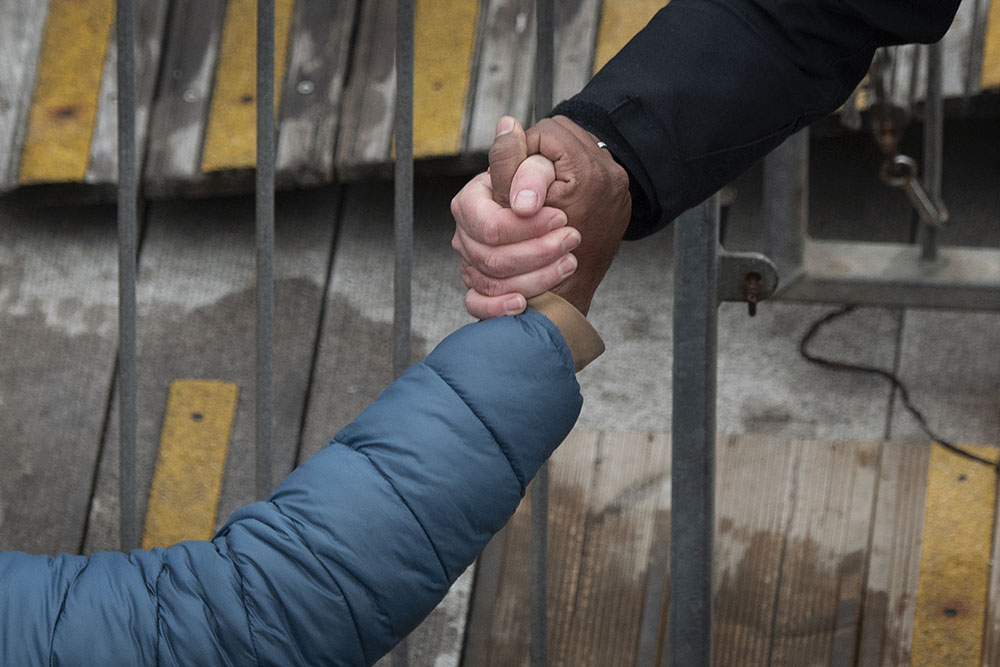