At least 27 migrants trying to reach England from France died on Wednesday when their boat sank off the northern French coast, the deadliest disaster since the Channel became a hub for clandestine crossings.

President Emmanuel Macron vowed France would not allow the Channel to become a "cemetery" and also spoke to British Prime Minister Boris Johnson to agree on stepping up efforts to thwart the traffickers blamed for the surge in crossings.

"It is Europe's deepest values -- humanism, respect for the dignity of each person -- that are in mourning," Macron said.

The disaster caused the highest death toll since at least 2018 when migrants began using boats en masse to cross the Channel. It comes as tensions grow between London and Paris over the record numbers of people crossing.

Prosecutors opened a manslaughter probe after the boat sank off the northern port city of Calais. Interior Minister Gerald Darmanin said four suspected traffickers accused of being directly linked to the doomed crossing in a long inflatable boat had been arrested.

Darmanin told reporters in Calais that only two survivors had been found and both of their lives were in danger. He said five women and one little girl were among those who died, while Calais mayor Natacha Bouchart said a pregnant woman was also one of the victims. 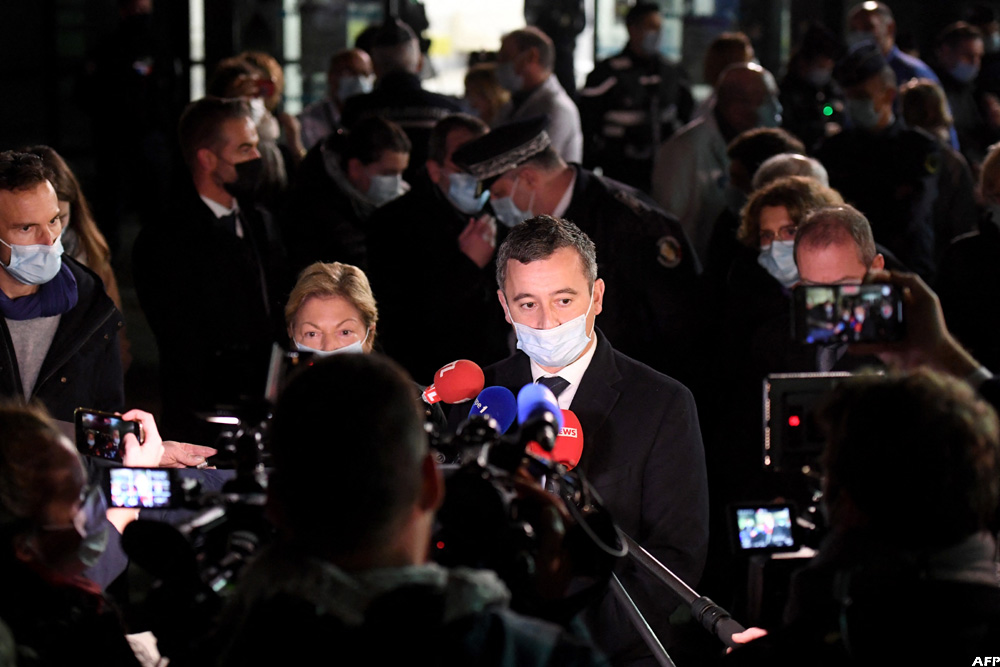 French Interior Minister Gerald Darmanin speaks to the press in front of the hospital of Calais, northern France

The nationality of the migrants was not immediately clear. An initial toll said 31 migrants had died but the interior ministry later revised this down to 27.

French officials said earlier three helicopters and three boats had searched the area, uncovering corpses and people unconscious in the water, after a fisherman sounded the alarm.

Johnson said he was "shocked, appalled and deeply saddened by the loss of life at sea", following a crisis meeting with senior officials.

But he also said Britain had faced "difficulties persuading some of our partners, particularly the French, to do things in a way that the situation deserves".

Britain has urged tougher action from France to stop migrants from making the voyage. 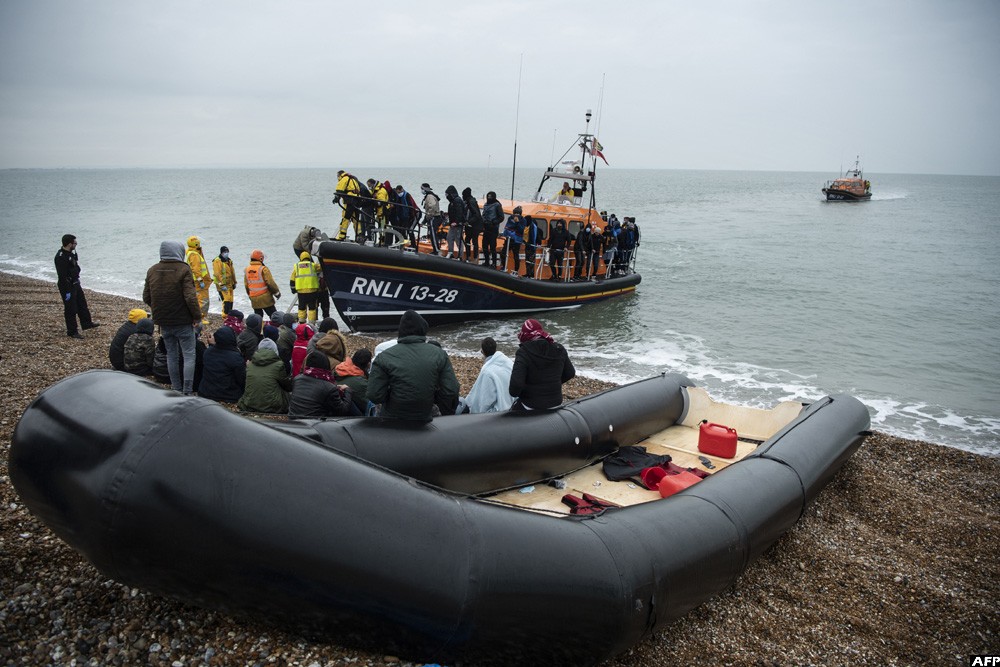 Migrants sit beside a boat used to cross the English Channel as more migrants are helped ashore from a RNLI lifeboat at a beach in Dungeness, on the south-east coast of England, on November 24, 2021, after being rescued while making the crossing

The issue has added to growing post-Brexit strains between Britain and France, with a row on fishing rights also still unresolved.

In telephone talks, Johnson and Macron agreed on the "urgency of stepping up joint efforts to prevent these deadly crossings" and that "it is vital to keep all options on the table" to break the business model of the smuggling gangs, according to Downing Street.

One of the French lifeboat workers, Charles Devos, described seeing "a flat, deflated inflatable boat with the little air that remained helping it float" surrounded by bodies of the drowned.

Pierre Roques of the Auberge des Migrants NGO in Calais said the Channel risked becoming as deadly as the Mediterranean, which has seen a much higher toll from the migrants crossing.

"People are dying in the Channel, which is becoming a cemetery. And as England is right opposite, people will continue to cross," he said. 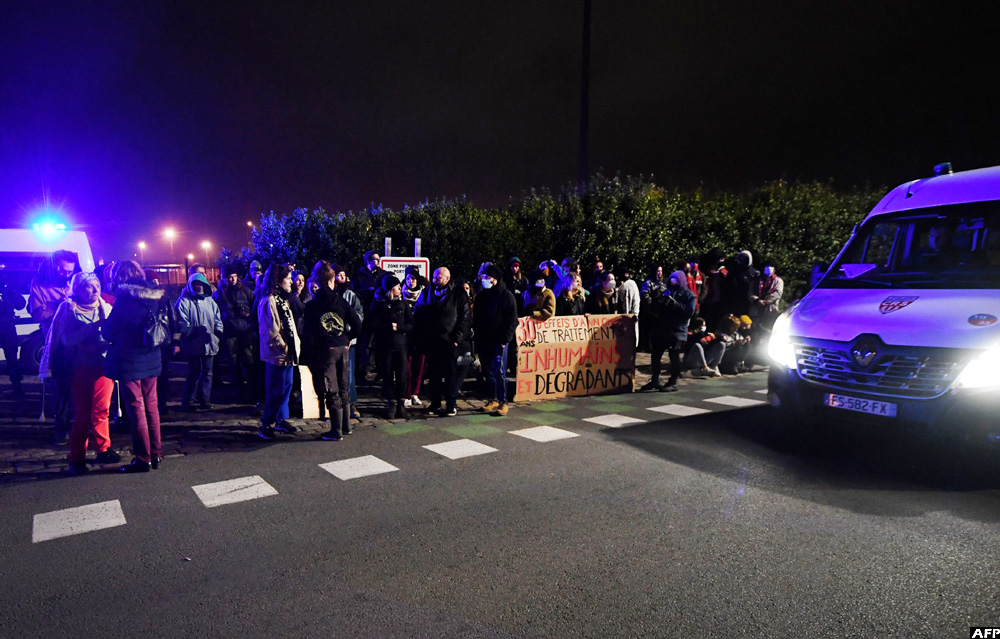 Members of associations for the defence of migrants gather next to a placard reading: 30 years of announcements, of inhuman and degrading treatment, on November 24, 2021 in Calais following the tragedy

According to the French authorities, 31,500 people attempted to leave for Britain since the start of the year and 7,800 people have been rescued at sea, figures which doubled since August.

In Britain, Johnson's Conservative government is coming under intense pressure, including from its own supporters, to reduce the numbers.

Natalie Elphicke, the Conservative MP for the British Channel port of Dover, called the sinking "an absolute tragedy" and demonstrated the need to stop the crossings at their source.

"As winter is approaching, the seas will get rougher, the water colder, the risk of even more lives tragically being lost greater," she said.

Charlotte Kwantes of Utopia56, an association that works with migrants in Calais, said "more than 300" migrants had died since 1999 in the area.

"As long as safe passages are not put in place between England and France, or as long as these people cannot be regularised in France... there will be deaths at the border," she told AFP.

According to British authorities, more than 25,000 people have now arrived illegally so far this year, already triple the figure recorded in 2020.