The moot organised by the Centre for Health, Human Rights and Development (CEHURD) is aimed at inculcating a culture of constitutionalism and promoting the right to health after completion of their studies.

Fatia Kiyange, the Deputy Executive Director CEHURD said the annual moot helps in skilling law students with skills and knowledge to litigate health and human rights issues when they go into practice.

“It’s meant to help them understand the actual practice out in the field, the key issues and the contemporary issues they have to deal with and what the communities are dealing with for them to become future advocates for health human rights," said Kiyange. 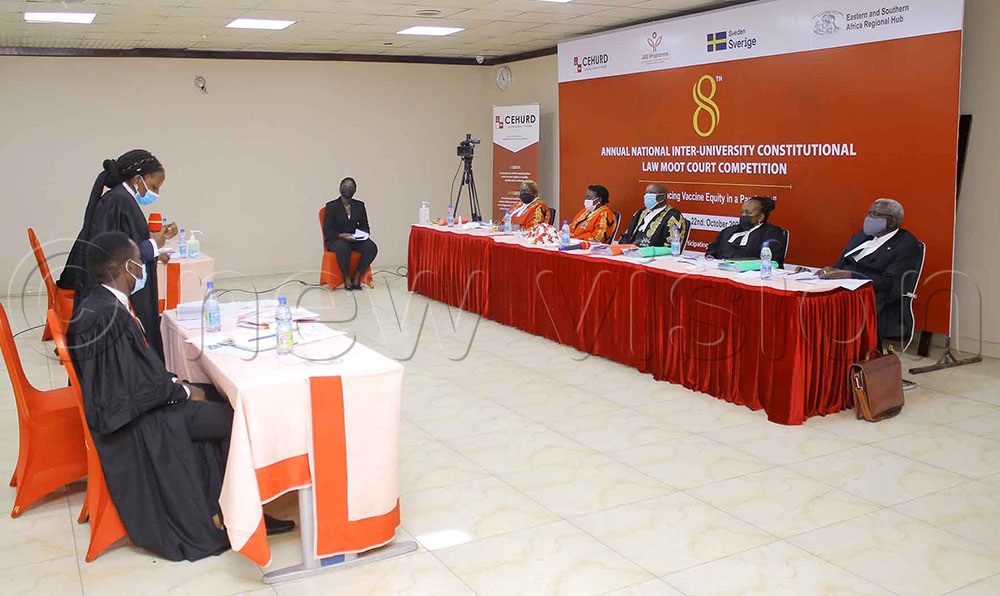 Kevin Nakimbugwe From Makerere University School of Law, making a submission to a panel of judges during the annual National Inter-Univerity Constitution law moot court competition in Kampala. (All Photos by Agnes Nantambi)

She said they also want to create a pool of lawyers such that in future when they are in a position of decision and policymaking in the courts of law, they are able to understand the issues of health and human rights to advocate, stand for them and forward them in the courts of law.

The moot competition was attended by a total of eleven Universities with Makerere winning while Uganda Christian University emerged as the first runners up.

This year’s theme: “Enhancing Vaccine equity in a pandemic” was developed from the current incidences where some countries and places are not at liberty to get vaccines.

“We are currently experiencing a vaccine hesitancy amongst the population and there is a role for the lawyers to advocate with the population, and create awareness so that people can understand and take up the vaccination," Kiyange said.

The event she said was aimed at demonstrating a very important place for the law and policy in ensuring that public health goals as a country are realised. 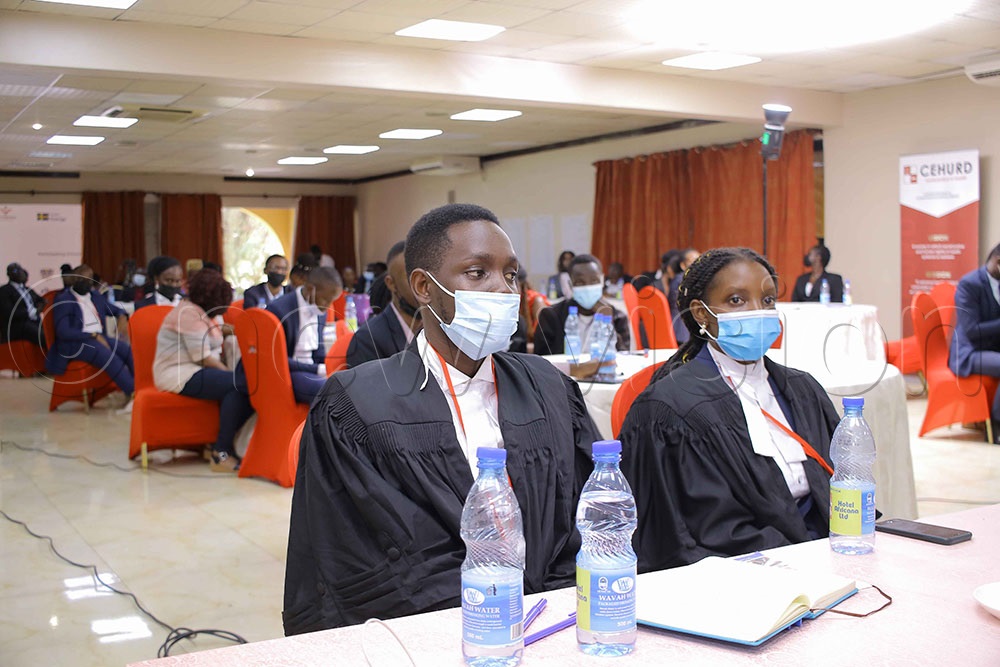 Kevin Nakimbuge, the best oralists applauded CEHURD for having organised the moot saying, it helped them a lot.

“It has been a long journey, we started by writing pleadings, went into written submissions and in conclusion we have come out as the best team in the oral submissions," she said.

This experience she said has helped them to learn how to write proceedings, submissions and how to formulate valid legal arguments.

Edwin Sabiiti, also from Makerere University said he was grateful that both of them managed to retain the trophy for the competition back at Makerere.

“This experience has taught us a lot, and also the fact that we have had an advantage of submitting before real judges of the constitution and supreme court, it is a rare opportunity which is dream come true for a prospective," he said.

This particular theme, he said needed to be looked at as regards the distribution of vaccines because a number of them were concentrated in the urban areas.