Home
NEWS
Media
Supplements
Tenders
Notices
The US announced on October 15, 2021, that it will allow entry to foreign travelers who are fully vaccinated against Covid-19, by both land and air. (Photo by KAMIL KRZACZYNSKI / AFP)

The United States will reopen its land and air borders on November 8 to foreign visitors fully vaccinated against Covid-19, ending a more than 18-month ban on travel from much of the globe that separated families, hobbled tourism and strained diplomatic ties.

The decision to ease restrictions was 'guided by public health, stringent and consistent,' said White House assistant press secretary Kevin Munoz in a tweet on Friday announcing the new policy.

He said the 'announcement and date applies to both international air travel and land travel.'

The new policy was quickly hailed by the European Union's ambassador in the US, Stavros Lambrinidis, who called it 'important and very welcome news' and said in a Twitter post that more details were expected to follow.

In an effort to slow the spread of the coronavirus, US borders were closed after March 2020 to travellers from large parts of the world, including the European Union, Britain and China, India and Brazil. Overland visitors from Mexico and Canada were also banned.

The months of restrictions affecting hundreds of millions of people helped fuel both personal and economic suffering brought on by the Covid-19 pandemic.

Airlines for America said its members were 'eager to begin safely reuniting the countless families, friends and colleagues,' adding 'reopening of borders is essential for our nation’s economic recovery.'

International Air Transport Association (IATA) chief Willie Walsh said that 'for the millions who have been locked out of the US for up to 18 months it is great news that the US will welcome fully vaccinated foreign travellers.' 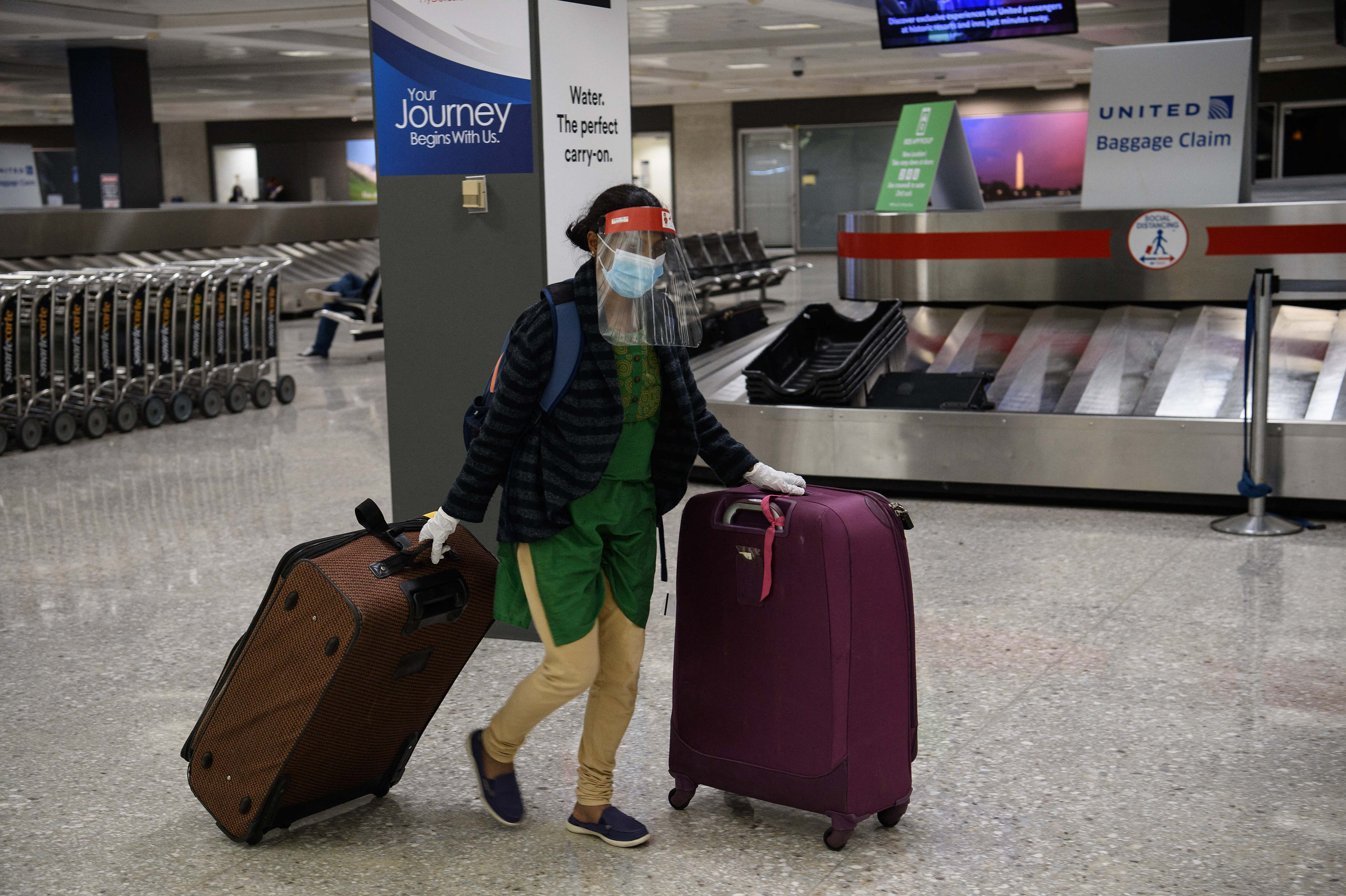 The US announced on October 15, 2021, that it will allow entry to foreign travelers who are fully vaccinated against Covid-19, by both land and air. (Photo by NICHOLAS KAMM / AFP)

Not all the technical and logistical details of the new policy have been announced.

But officials had previously outlined it, saying that vaccinated air passengers will need to be tested within three days before travel, and airlines will be required to put in place a contact tracing system.

US health authorities have said that all vaccines approved by the Food and Drug Administration and the World Health Organization would be accepted for entry by air.

At the moment, this includes the AstraZeneca, Johnson & Johnson, Moderna, Pfizer/BioNTech, Sinopharm and Sinovac vaccines.

Initially, vaccines will be required for 'non-essential' trips -- such as visiting family or tourism -- although unvaccinated travelers will still be allowed into the country for 'essential' trips, as they have been for the last year and a half.

A second phase beginning in early January 2022 will require all visitors to be fully vaccinated to enter the United States by land, no matter the reason for their trip.

The new schedule means the land border restrictions, which had been set to expire on October 21, will have to be extended one more time before the new rules enter into force, the White House official indicated.

Despite the strict border closures, the United States has not mandated vaccines for domestic air travel.