The death of the 24-year-old female Ugandan casual labourer in Saudi Arabia has raised questions among the deceased’s family members and friends.

Rebecca Nakaziba allegedly fell sick while on duty and passed on two days later, before medics could identify what she was suffering from.

The deceased’s mother, Layton Nabbosa, a resident of Nkoko village in Luganzi Central Division, Lugazi Municipality, in Buikwe district has told New Vision, that at the time of her daughter’s death, she had spent only seven months at her workplace. 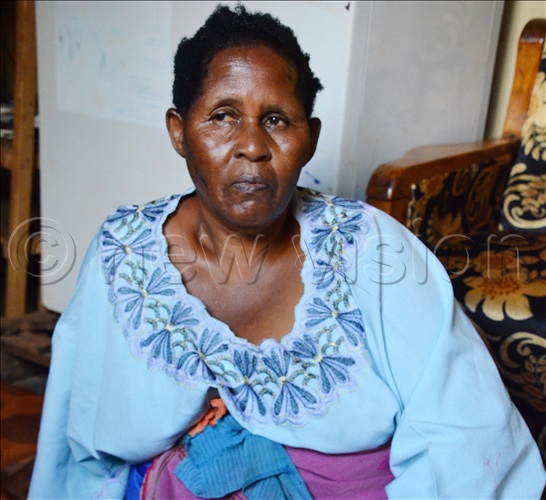 She said, her daughter was recruited by VBC labour company, located on Ssalaama road in Makindye Division, in Kampala.

“I last spoke to her on September 26, 2021, and she told me she was not feeling well, but as I was still contemplating on what to do, on September 27, 2021, I received a phone call from someone, claiming she was dead,” she said.

Nabbosa added that prior to her death, her daughter had also complained of the working condition having survived being stabbed with a knife by one of her boss’ sons.

“She once told me on the phone that two of her boss’ daughters-in-law had run mad and when one of them escaped from the home, her bosses blamed her and even nearly beat her up,” she said.

“Besides taking care of her two kids; Cloe Nakidde, 3, and Brandon Ssekidde, 5, whom I stay with, my daughter has been our breadwinner having lost her father (the late Kaziba), who used to reside in Kawoomya village, in Ngogwe Sub-County-Buikwe district,” she added.

The deceased’s family claims that when they received the bad news about the death of their own, they reached out to the company which took her to Saudi Arabia, but until now, they have not yet got a positive response from them.

“They told us we may get the body after a full month, but it is almost three weeks we do not know what is happening,” the family said.

Juliet Namulondo, a sister to the deceased also revealed that the deceased told her that ever since she survived being attacked by her boss’ son, she has been living in fear.

The family added that their daughter’s employer through someone called them a few days ago, inquiring whether they can accept to be paid sh8m in cash to let them remain with the body or they return it with only sh3m.

Sources at the company told us that they are working with the Ministry of Foreign Affairs to get the post-mortem report before they could transfer the body back to the country.