A report titled, “The Truth GAP Report 2021” released by Plan International at their Uganda offices in Bugoloobi, a Kampala suburb, highlights that girls continue to suffer from the false information circulating online. 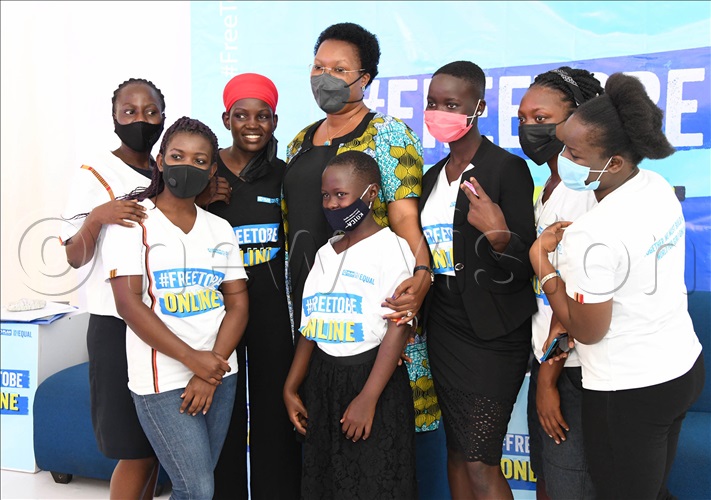 Hon. Mateke, State Minister for Children and Youth Affairs posing with the youth advocates after launching The State of the World

Speaking during the launch of the report, the Plan International Uganda Country Director, Ouvry Iveta, noted that the exposure of lies and mistruth is having a profound impact on how girls engage with issues ranging from COVID-19 to politics. 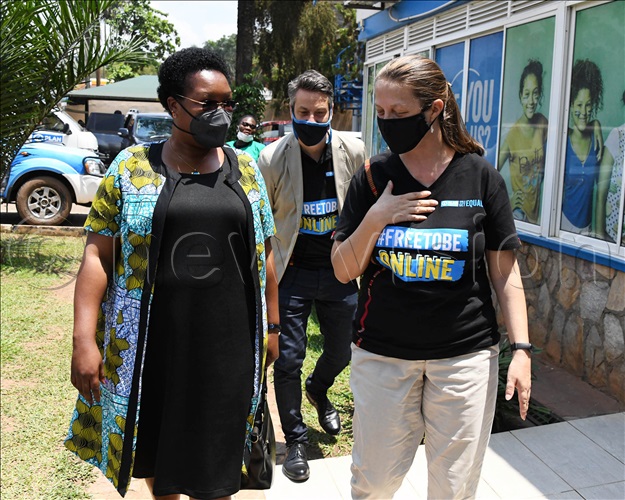 She stressed that the findings have real-life consequences on the participation of girls in digital platforms, saying that false information online has left one in five girls (20%) feeling physically unsafe while one in three reported that false information is affecting their mental health, leaving them feeling stressed, worried, and anxious.

The report shows that nine in 10 girls have reported the spread of false information online.

“Sharing misleading information or perpetuating gender stereotypes can lead girls to doubt their worth and can harm their mental health,” she added. 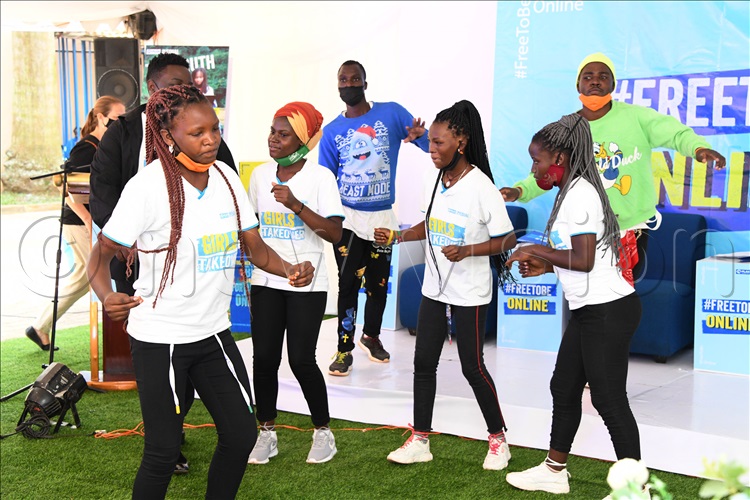 Iveta noted that though the increase of the internet and other digital technologies is critical in the wake of the COVID-19 pandemic, it has also raised other new human rights and safety concerns including cyberbullying, online harassment, and cyberstalking as part of a wider variety of violent behaviours that occur in digital spaces and disproportionately affect girls.

She said the government needs to ensure that girls and young women have access to digital skills and are safe and included in online initiatives to support their development and opportunities.

She also called for more funding in digital literacy initiatives and campaigns for girls and children as well as parents and caregivers to understand the critical importance of digital inclusion, meaningful connectivity, and the opportunities and risks that come with being online. 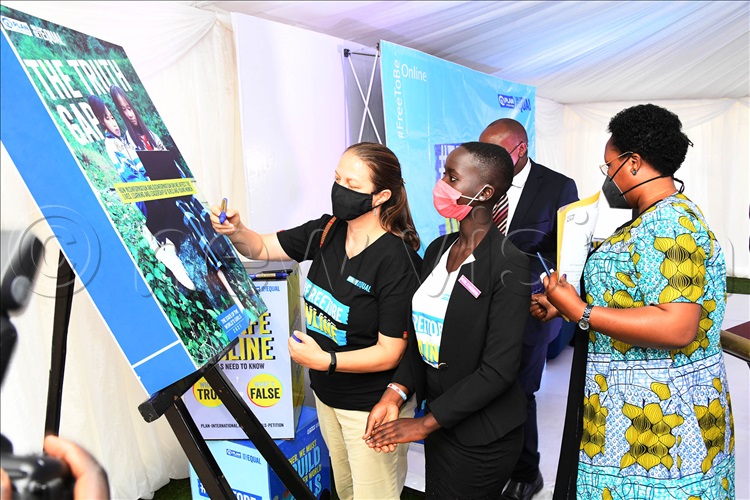 Stakeholders appending their signatures on the report.

Angela Nabukenya 14, a Girls’ Advocate with Plant International, said lack of digital tools such as smartphones, Laptops, poor internet connectivity especially in rural areas, as well as online violence and misinformation, all affect the girls in the fast-growing digital world.

While launching the report, the Minister for Youth and Children Affairs, Saran Nyirabashitsi Mateke Mateke, said the move is meant to integrate digital learning in all schools countrywide.

She said the same program will be rolled out in primary schools.

She also revealed that through the Uganda Communication Commission (UCC), the government has rolled out a program for training teachers about the use of computers and other ICT/digital tools.

“We believe after acquiring these skills, the teachers will also be able to pass train our children. The government is committed to ensuring that ICT and the digital economy take root in all sectors because of its efficiency and effectiveness which come with its use in terms of knowledge generation and promoting rapid growth of economic development,” she said. 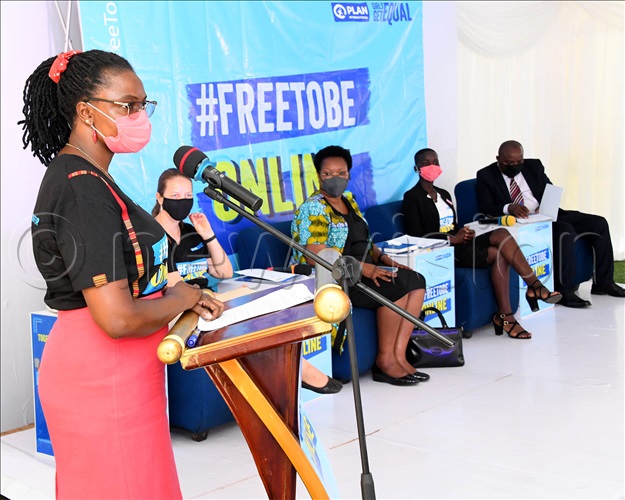 She noted that the move is all aimed at promoting the inclusion of safe and responsible digital use at all levels.

According to the UCC survey on Access ad Usage of ICTS, 2015, only 44% of women, owned and could use a phone at any time compared to 62% of their male counterparts, while 51% of the learners in Uganda across the various education subsectors have no access to learning.

She stressed that despite the policies and legal framework in place, girls and young women remain the most hit and unfavourably targeted online due to gender stereotypes.

“To promote responsible digitalization process, the government established UCC to promote ICT use and mitigate its abuse, and strengthen its infrastructure development as per the National Development Plan (NDPIII), and developed the ICT policy which is gender-responsive,” she said.

The report shows that 46% feel sad, depressed, stressed, worried, and anxious, while one out of four girls feel less confident to share their views, and one out of five girls stopped engaged in current affairs, among others.