A man armed with a bow and arrows killed five people and wounded two others in southeastern Norway on Wednesday, police said, adding that they had arrested the suspect.

The motive for the attack, which took place in several locations in the town centre of Kongsberg, was unknown but police said terrorism could not yet be ruled out.

Police official Oyvind Aas confirmed that five people were killed. The two wounded were in critical care units in hospital but their lives did not appear to be in danger, he told a news conference.

One of the wounded was an off-duty police officer who had been in a store, one of several places attacked. 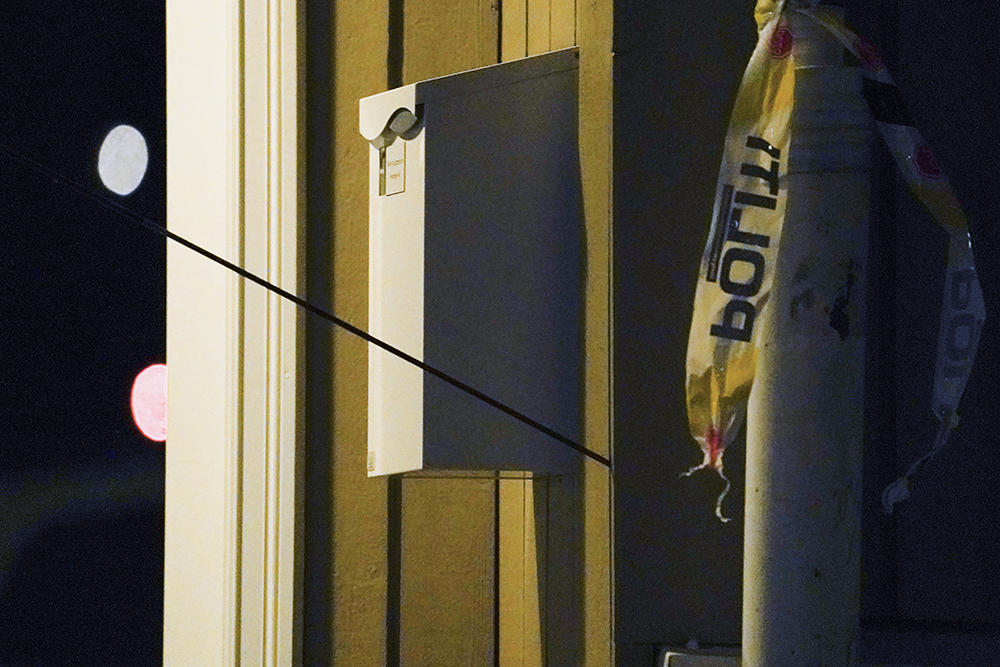 An arrow is left in a wall at the scene where a man armed with bow killed several people before he was arrested by police in Kongsberg, Norway, on October 13, 2021. -(Photo by Terje Bendiksby / NTB / AFP) / Norway OUT

'The man who committed this act has been arrested by the police and, according to our information, there is only one person involved,' Aas said.

He added that 'given how events unfolded, it is natural to assess whether this is a terrorist attack', and stressed that 'all possibilities were open'.

Police have identified the suspect only as a 37-year-old Danish citizen living in Kongsberg, countering earlier television reports alleging the attacker was a Norwegian man.

'We decided to confirm this information because many rumours were circulating on social networks about the perpetrator of the attack, some [implicating] people who have no connection with these serious acts,' said a police statement issued Wednesday night.

A woman who witnessed some of the attack, Hansine, told TV2 she had heard a disturbance, then saw a woman taking cover and 'a man standing on the corner with arrows in a quiver on his shoulder and a bow in his hand'.

'Afterwards, I saw people running for their lives. One of them was a woman holding a child by the hand,' she said.

The suspect was taken to a police station in the nearby town of Drammen, the force said.

'These events shake us,' said Prime Minister Erna Solberg on her last day in office.

On Thursday, she will hand over the office to Jonas Gahr Store, whose Labour Party won parliamentary elections.

In Kongsberg, police blocked off the scene of the attack while urging the public to stay at home.

Television footage showed ambulances and armed police in the area. A helicopter and bomb disposal team were also sent to the scene.

Police in the Scandinavian country are not normally armed, but after the attack, the National Police Directorate ordered that officers be armed nationwide. 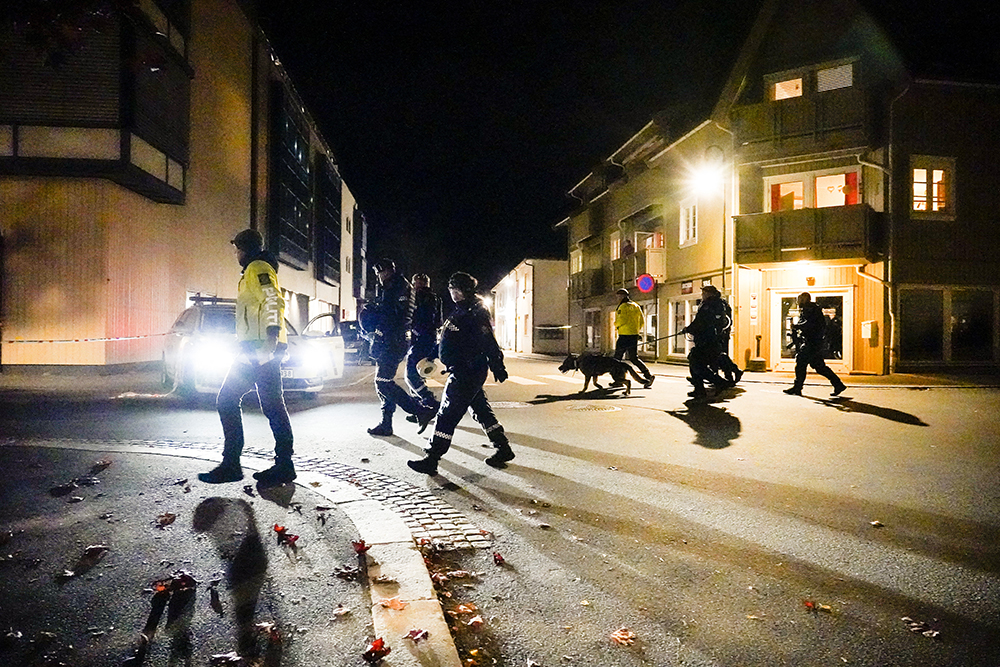 Police officers cordon off the scene where they are investigating in Kongsberg, Norway after a man armed with bow killed several people before he wasarrested by police on October 13, 2021. (Photo by Håkon Mosvold Larsen / NTB / AFP)

'It is all conjecture at the moment,' he said when asked about the possibility of a terrorist motive.

- Arrow sticking in a wall -

The website of public broadcaster NRK published an image sent by a witness of a black arrow sticking out of a wall.

In other pictures, what looked like competition-grade arrows could be seen lying on the ground.

Breivik first set off a bomb in Oslo next to the building that housed the office of the prime minister, then went on a shooting spree at a summer camp for left-wing youth on the island of Utoya.

In another right-wing attack, self-proclaimed neo-Nazi Philip Manshaus opened fire into a mosque on the outskirts of Oslo in August 2019 before being overpowered by worshippers, with no one seriously injured.

However, he had earlier shot dead his step-sister, who had been adopted from China, in what prosecutors termed a 'racist act'.