She claims to have hosted President Yoweri Museveni for weeks when he pitched camp at their home in Makulubita during the bush war.

The 18-year-old then prepared meals for fighters on the promise of a good life upon victory. The day Edidian Luttamaguzi was killed, Namusisi was in his house.

She was tortured to reveal Museveni’s whereabouts but braved the excruciating pain.

She lost her teeth. Her head and back still hurt but she has to do odd jobs to make ends meet. 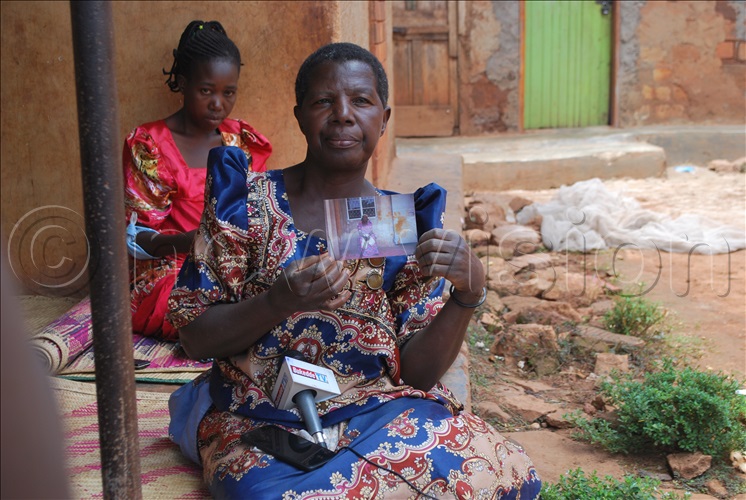 “I beg the president to help me. Life has become hard. My grandchildren dropped out of school, and I can hardly feed them,” she appeals as tears stream down her face.

She stays in a dilapidated house in Nakawuka trading centre, Wakiso district.

“I also want to enjoy the good life you promised me. It hurts to see many people enjoying the fruits of your victory and I am left out. I don’t need much but a decent house and source of income,” Namusisi begs.

Her parents separated when she was four months old. She was raised by her paternal grandmother Kasalina Mukuuma, who educated her up to primary two and introduced her to the local brew business.

When the war broke out in 1980, Namusisi was about 17 years old and was cohabiting with Christopher Kalule. They had one child. They parted ways and she ran back to Mukuuma for safety. 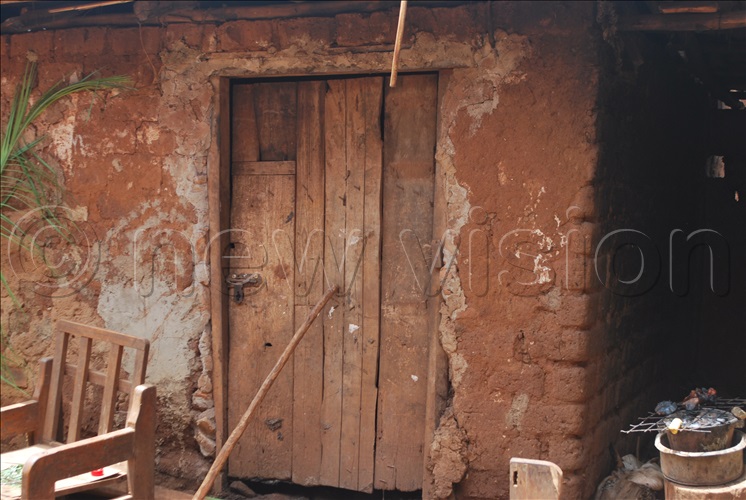 Meanwhile, Mukuuma and Luttamaguzi were popular traditional healers and great friends though they stayed in different sub-counties; Ssemuto and Kapeeka respectively.

Namusisi was introduced to Museveni in early 1981 at Mukuuma’s home.

“One day, Lutta visited grandma with rare excitement. He informed her about the important guests he wanted her to host,” she recalls.

“They agreed to keep it a secret because the news of the rebels’ presence had started filtering through,” she recollects.

Fast forward, at dawn, the guests arrived. They were about 30 fighters led by Museveni. Namusisi and Mukuuma served them cassava and beans.

“Salim Saleh always thanked me for being kind to them. He promised me a good life when they win,” she says.

After supper, Museveni would slope down in the forest at the peripheral of Mukuuma’s land to sleep. They split into groups; some sleeping in the banana plantation and others around Mukuuma’s grass-thatched house.

This went on for weeks. Namusisi would cook for them every day. They would spend the day in the forest and plantation and only move at night.

“The work was overwhelming, but I braved it because Museveni assured grandma of a good life ahead,” she shares.

All was well until one day, the group got intelligence information that their hideout had been busted.

Mukuuma helped Museveni to escape to another village.

Months later, the war intensified. Mukuuma became a target for hosting the rebels. She escaped along with Namusisi to Luttamaguzi’s home in Kikandwa.

“On our second day at Lutta’s home, two men visited and interrogated him on Museveni’s whereabouts,” she recalls.

He feigned ignorance and laughed about it and they left warning him not to risk his life shielding a rebel.

The next morning, June 9, 1981, at around 6:10am, army men stormed this home and kicked the door open. Luttamaguzi, his wife and Mukuuma hid under the beds.

Namusisi who was found lying in the sitting room was tasked to reveal Luttamaguzi and Museveni’s whereabouts. She refused and was hit with gun butts even when she was pregnant.

They searched the house and pulled them out.

“Lutta was in shorts. His hands were tied backwards, thrown in the compound and whipped but he denied knowing Museveni,” Namusisi reminisces.

“They mercilessly flogged and kicked me. I feared to miscarry, but God was good to me,” she says.

At the end of it all, Namusisi’s jaws were dislocated, and her teeth fell out. Her body was bruised that she could barely eat or support herself to walk. The head, chest, back and ribs still hurt.

Meanwhile, Luttamaguzi was dragged a few meters away from his home to where he was tortured to death. His body had deep cuts and his head was flattened.

All in a while, Namusisi was lying beside him gasping for breath. The whole village had gathered around them, and many labelled them traitors.

Luttamaguzi’s body was mounted on a heap of about 15 others among them doctors, teachers, and wealthy people they accused of espionage and collaborating with Museveni.

Deep in the night, Namusisi gained consciousness and Mukuuma helped her to escape from where she had been dumped.

She also gathered Luttamaguzi’s eight children and his wife before setting out on a journey to safety.

She successfully escorted the wife back to her parents in Kikyusa and along the way, left Namusisi in Nakaseke hospital where she was admitted for two weeks.

When Namusisi recovered, she went to her sister in Kiweebwa for few months before returning home to Makulubita to harvest coffee. At this time Mukuuma was stuck in Kikyusa.

They only reunited months later.

One day, Namusisi says, Museveni called for a meeting at Lulika’s place at Mugogo village and insisted that Mukuuma attends. Lulika (second name not known) was coordinating the rebel activities there.

He was friends with Mukuuma. He also asked her to go along with Namusisi to get better treatment. Mukuuma and Museveni were thrilled to meet again.

“We sat down in Lulika’s sitting room. His wife served us matooke and chicken. Grandma shared the plate with Museveni as they chatted,” Namusisi recalls adding that, “When Museveni was leaving, he asked grandma to stop moving with me because I was too young to keep secrets.”

He also gave Mukuuma the rank of sergeant and asked the group to always remember her for the selfless role she played to feed and secure Museveni from his killers.

“Museveni gave me tablets to relieve the pain and left,” she recalls.

“I also lost my second child but left the body in the house and took off,” she remembers.

To cut a long story short, in 1986, they ended up in Nakawuka where Namusisi got married to Hamis Muniina who was jobless.

She became the soul breadwinner. Todate, she does odd jobs like digging in people’s gardens to put food on the table.

“Life has been hard all through. It hurts that I failed to educate my six children and the grandchildren have also dropped out of school,” she says.