Home
NEWS
Media
Supplements
Tenders
Notices
The Pope who is to stay in the country for seven days is to start his duties tomorrow (Tuesday) by visiting  President Yoweri Kaguta Museveni at State House Entebbe. (Credit: Jimmy Outa)

KAMPALA - Members of the Orthodox church have Monday, gathered to welcome the Orthodox Pope and Patriarch of Alexandria and All Africa, His Beatitude Theodore II, who is in the Country on an Official duty.

The Pope who is to stay in the country for seven days is to start his duties tomorrow (Tuesday) by visiting President Yoweri Kaguta Museveni at State House Entebbe.

After the Pope's visit to Museveni, he will visit some Orthodox Centers, including St Spyridon Orthodox Church Luguzi (in Wakiso district) and St Antonios Orthodox Church, Monde, in Luweero district.

On Wednesday (October 13), the Pope will travel to Eastern Uganda. He will inaugurate the Orthodox Nuns' Monastery of St Catherine at Kiyindi, in Buikwe district. He will also lay a foundation stone for the Diocesan Multi-purpose building. 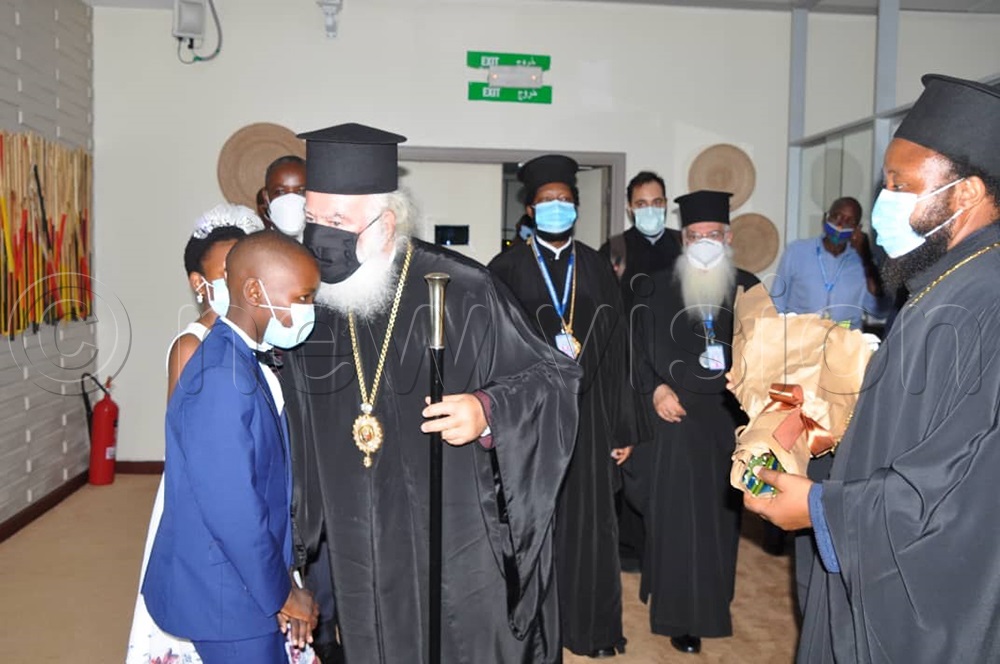 On Wednesday, the Pope is expected to visit st. Spyridon nsinze in the Eastern district of Namutumba district and then go to the holy Resurection church in Jinja city.

On Friday (October 15), the Orthodox Pope will be in Gulu, where he will visit a number of Orthodox Centres.

The Pope’s main activity in Gulu will be the Divine Liturgy which he will preside over at St Lavrentios Orthodox Cathedral, Koro Laibi, on Saturday (October 16), starting at 10:00am.

After the memorial mass, the Pope will tour the Orthodox land at Lubya Hill, in Rubaga Division, where the Church’s proposed centennial monument, the Great Hagia Sophia Cathedral, will be built.

The Pope will also visit Kasubi tombs, to pay his respects to the former kings of Buganda, who donated land to the Orthodox Church.

Pope Theodore will leave Uganda on Monday, October 18 and head to Tanzania.