Uganda has been ranked as one of the 12 most vulnerable countries to impacts of climate change globally, according to Janet Rogan, UK’s Ambassador for the Middle East and Africa for COP26.

“Uganda, which is one of the most vulnerable countries, is experiencing changes in rainfall patterns, soil erosion and landslides, and droughts,” said Rogan, adding that countries need to adapt to the changing climate and become more resilient.

According to the Notre Dame Global Adaptation Initiative Index 2021 report that Rogan was quoting, Uganda is the 12th most vulnerable country in the world to climate change, and the 49th least prepared country to combat its effects.

In its 2019 report, Notre Dame Global Adaptation Initiative Index, Uganda was the 15th most vulnerable country to climate change.

Ambassador Rogan also said: “I am delighted to be in Uganda, just weeks ahead of COP26. This visit is a chance to better understand the impacts of the global climate crisis on Uganda, see how both Ugandan and UK businesses are innovating to tackle the climate challenge and speak with policymakers to encourage Uganda to announce ambitious new climate change commitments ahead of COP26.

At COP26, which the UK will host with our Italian partners, we must keep alive the goal of limiting global temperature increases to 1.5°C and protect our planet and people from the worst impacts of climate change. If we do not act now, we will continue to see the worst effects of climate change, such as catastrophic flooding, wildfires and drought. This is why it is so important for me to come here and talk about this important topic ahead of the summit.”

She was speaking on Thursday during a press conference organised at the residence of the British High Commission in Kampala. The meeting was organised ahead of COP26, also known as the Conference of Parties on Climate Change, which will be held in Glasgow, Scotland.

She spoke at length about the summit, its objectives and plans ahead. 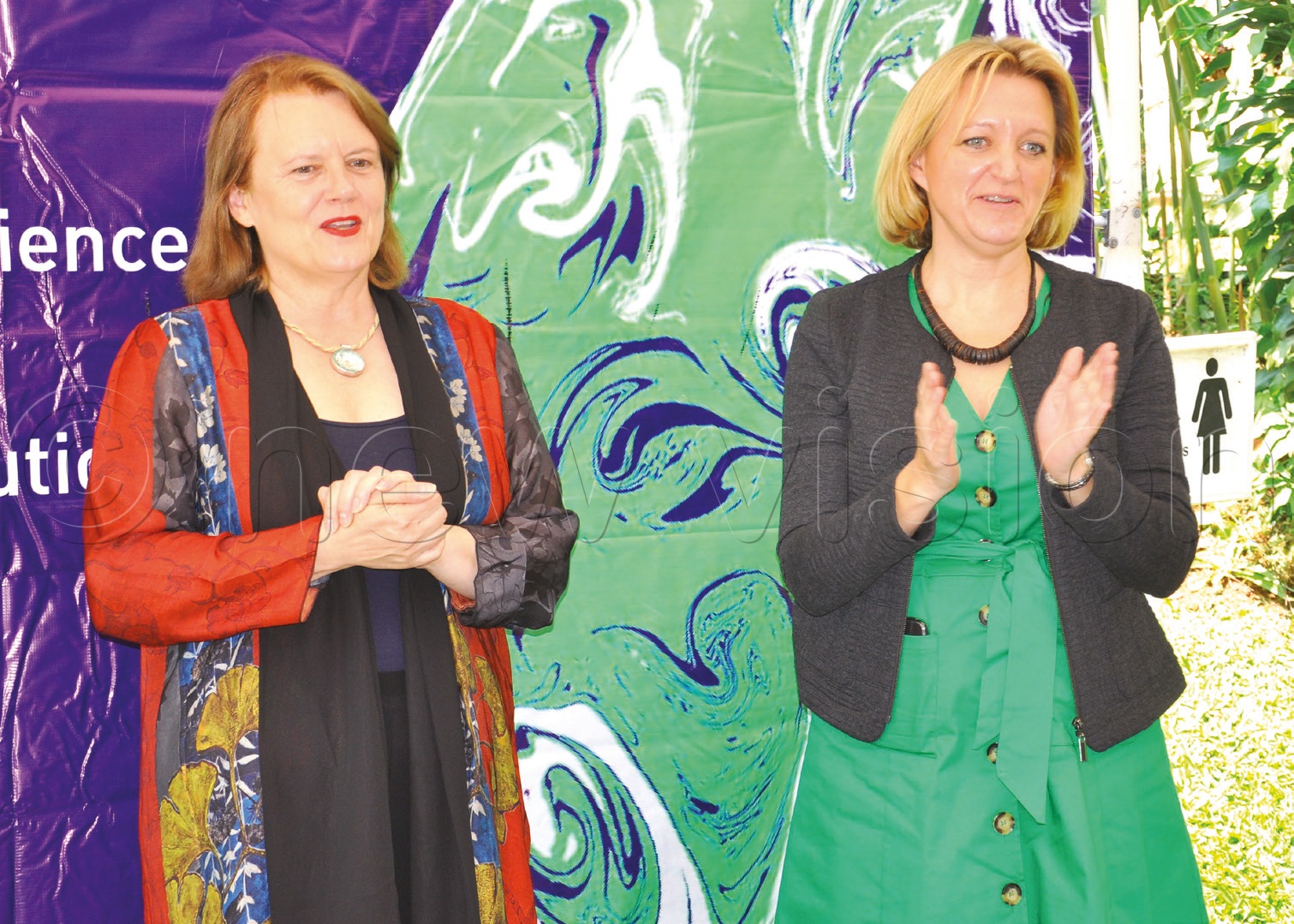 Janet Rogan (left) and Kate Airey after a press conference at the residence of the British High Commission.

At the same press briefing, Kate Airey OBE, the British High Commissioner to Uganda, who has returned from a tour of eastern Uganda, referred to the Glasgow conference on climate change or COP26 as a turning point for humanity and Uganda.

“I have just returned from a trip to Bududa, where I saw first-hand the effects of climate change there, with many people now displaced and livelihoods lost due to landslides. The climate conversation is one we must take seriously and we must act now before more devastation occurs.

The High Commissioner was also shown initiatives on the slopes of Mt. Elgon, where groups of farmers under co-operatives are planting trees under shades of coffee to withstand the changing climate that is causing a shift in the coffee belt. The Arabica coffee, which used to thrive in the lower slopes of Mt. Elgon, has declined in productivity but still does well in the higher parts of the mountain, particularly where it is integrated with the trees.

Ambassador Rogan is on a three-day visit to Uganda in which she expects to meet the finance minister, state minister of environment, the parliamentary climate change committee and members of the civil society.

COP26 will start with a World leaders’ summit, more than 120 world leaders and presidents, including President Yoweri Museveni, have confirmed attendance. The Queen and the Pope will also attend, according to Ambassador Rogan.

What is at stake?

Mitigation to reduce emissions from power generation, transport and agriculture.

Countries are required to report how they are reducing waste gasses and also their plans about reducing emissions. This is spelt out in the 2015 Paris Agreement, which refers to a country’s policies on reducing emissions as Nationally Determined Contributions.

Rich countries also committed in the Paris Agreement to provide funding of $100b every year to developing countries, including Uganda, that is affected most by climate change.

This funding is expected to support adaptation and resilience to climate change.