The Uganda Wildlife Conservation Education Centre (UWEC) revealed plans of introducing animal keeping as a course to be taught by higher institutions of learning, starting from certificate level.

This was revealed by Dr. James Musinguzi the UWEC executive director while celebrating the International day of zookeepers, during a function held on Monday at Entebbe zoo.

According to Musinguzi, UWEC is working closely with the Directorate of Industrial Training (DIT) to come up with a zoo animal-keeper management course where animal-keepers can be trained and certified by DIT.

'Currently, we have a very high demand for zoo-keepers all over the world and one of the challenges we have faced as Entebbe zoo, is that, animal keepers are being poached and taken to work in other zoos in the United Arab Emirates, South Africa, USA, among others, hence, we can contribute to the creation of jobs for our fellow Ugandans by establishing a Zoo management course because jobs are available,' said Dr. Musinguzi.

Ronald Wako the animal head keeper at Entebbe zoo said, almost all the caretakers of wild animals in Uganda, have acquired skills from UWEC. 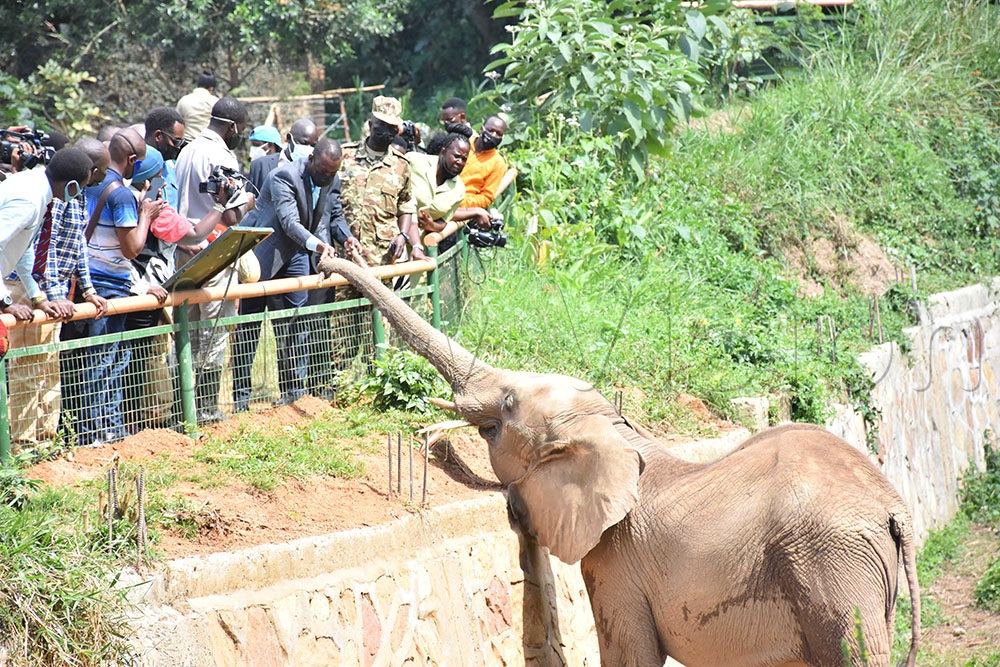 He further explained that DIT is facilitating the development of a study curriculum in zoo-keeping.

UWEC currently has a total of 35 animal keepers including the volunteers. During the celebration of International zoo-keepers day, three publications that highlight the husbandry of lions, peafowl breeding and parrots breeding were launched by zoo-keepers at UWEC.

Led by Dr. James Watuwa, zoo-keepers at UWEC launched a breeding manual detailing the art and science of breeding peafowls. They also presented a report on hand-raising a captive lion. Dr. Watuwa urged all animal keepers to always document their work.

This was echoed by the UWEC boss who said that zookeepers could contribute to the body of knowledge and science in wildlife conservation.

'Communities out there, would like to keep some animals and birds in terms of game ranching, hence, need to be guided on what is required in terms of the enclosure sizes, food, diets, medicines among others,' remarked Musinguzi.

David Musingo the UWEC manager in charge of education intimated that the centre is also developing a set of guidelines dubbed the national education conservation strategy, which will be enrolled in schools at lower levels of education, for young learners to appreciate the relevance of conserving nature.

'Private schools are putting little emphasis in the area of wildlife conservation hence, together with the ministry of education, we are going to make it mandatory for all schools to impart that knowledge to learners,' stated Musingo.

October 4, every year, was proposed by Barcelona Zoo and AICAS (Iberian Association of Zookeepers) in honor of St. Francis of Assisi who advocated that it was the duty of men to protect and enjoy nature.

This celebratory day includes all who make it their life’s work to care for animals, whether they are involved with zoos, sanctuaries, aquariums, rescue centers, parks or reserves.

This declaration comes at a time when many species are facing extinction, and their ecosystems and habitats are under pressure from diverse forces, both natural and man-made.