Opposition Members of Parliament (MPs) have Tuesday afternoon walked out of the House protesting what they have described as inhuman treatment of their colleagues who were re-arrested by security personnel. 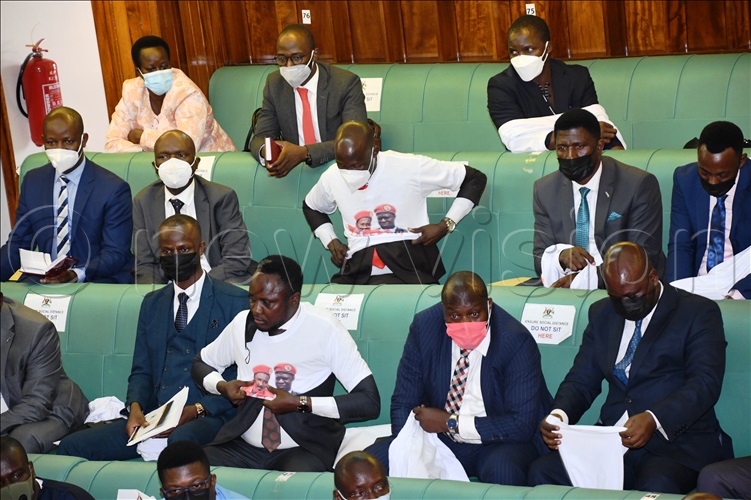 The two MPs are part of the 19 people facing charges including; murder, attempted murder, treason, and incitement to violence, among others.

The charges follow their alleged involvement in the panga attacks in the Greater Masaka region, in which 26 people were killed and several others were left wounded. 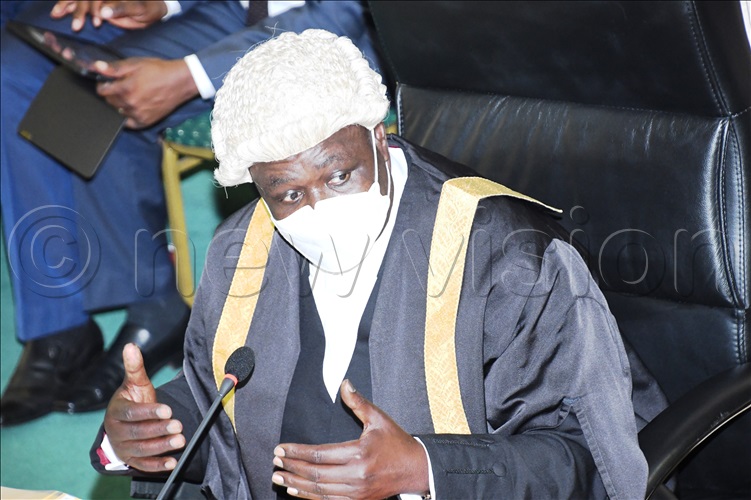 Speaker Jacob Oulanyah chairs the session before it was suspended

Led by the leader of the Opposition, Mathias Mpuuga, the MPs walked out saying they will not be part of the House without a proper explanation over how their colleagues were re-arrested. 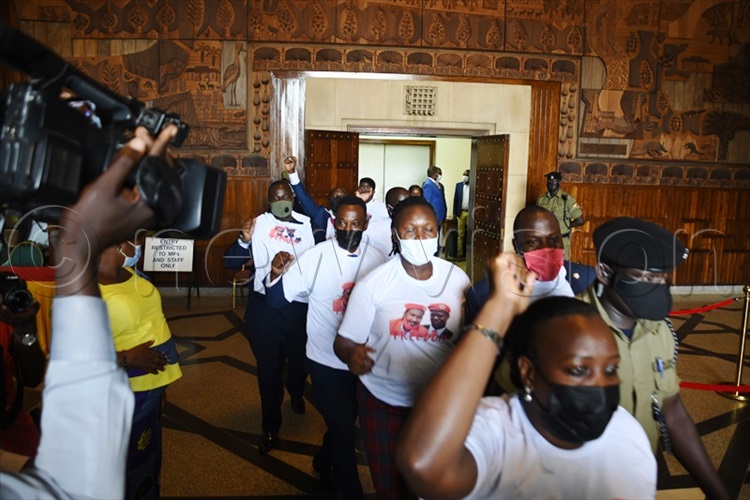 “It is almost 120 hours since Honourable Ssewayana was kidnapped, and he hasn’t been produced in court in accordance with the 48-hour rule, and we are here legislating normally. We know that even if they were guilty, the laws of the land state how suspects must be treated. Without the state explaining this, we are constrained to move as though business is normal when MPs have been abducted,” Mpuuga stated. 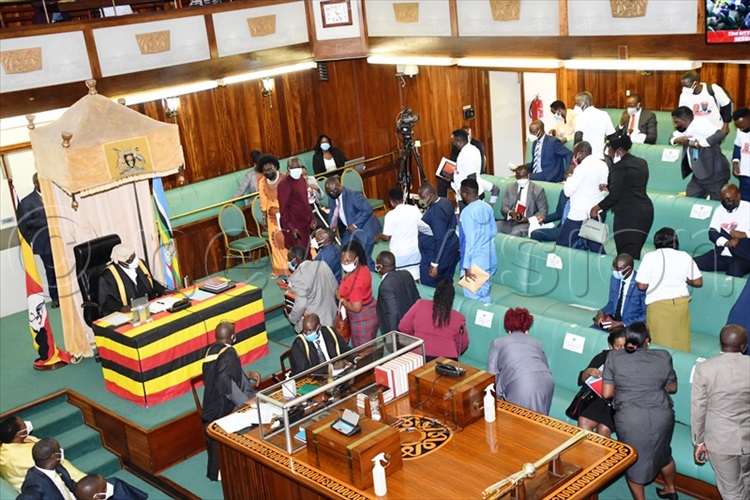 The walkout followed a statement by the Attorney General, Kiryowa Kiwanuka, over the re-arrest of the two MPs in which he said; “They can go back as many times as the offences they commit.' 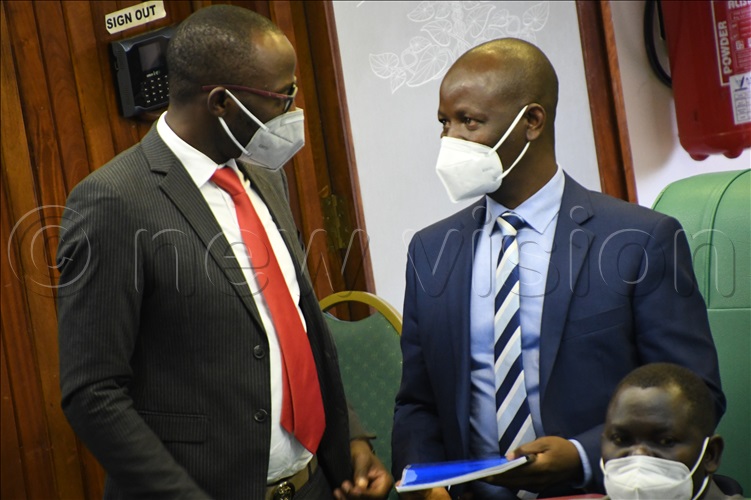 Legislators interact during a 15 minutes suspension of plenary

Before that, the Prime Minister, Robinah Nabbanja, told MPs that the MPs had been re-arrested, adding that Ssewanyana had already been interrogated and he made a statement in the presence of his lawyers.

“Honourable Ssegirinya will also be doing the same.” 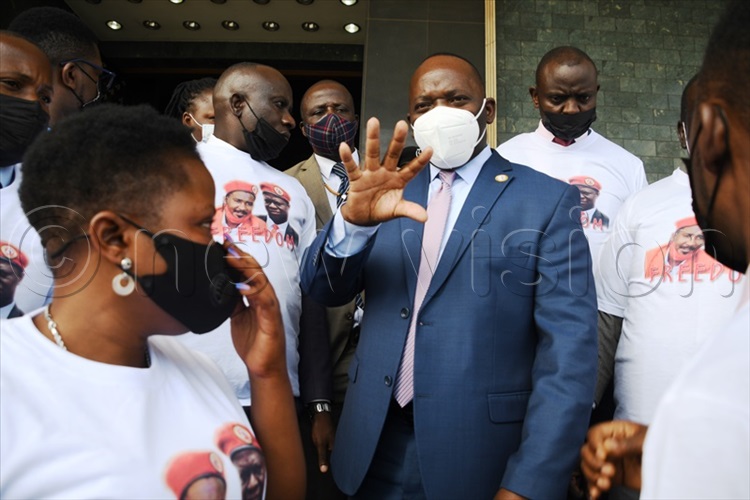 After the opposition MPs walked out, the Speaker of Parliament, Jacob Oulanyah, asked those who were not leaving to sit and maintain order. 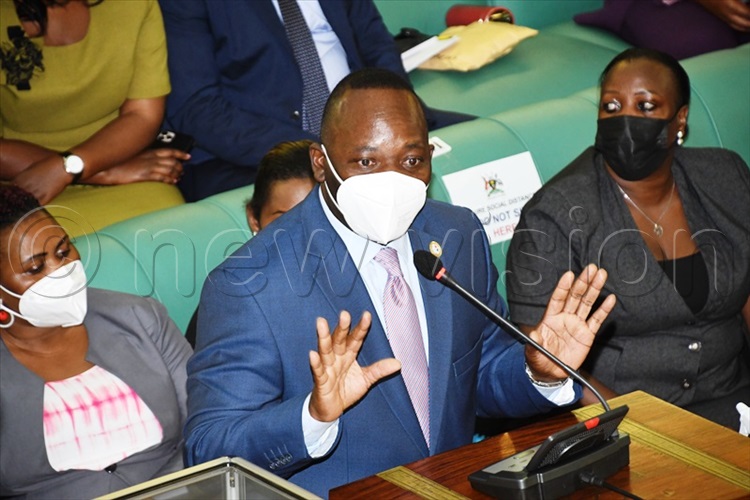