Friday 24th September 2021- Serere, Eastern Uganda: MTN Uganda has today launched the reforestation of 50 hectares of forest cover in Ogera Hills Central Forest Reserve in Serere district, as part of its nationwide forest restoration project of 220 hectares across Uganda to symbolise the deepening of its roots in Uganda, a country that has been home to the company since 1998.

The restoration of 50 hectares of forest cover in the Serere-based Ogera Central Forest Reserve today is the last segment of MTN’s reforestation efforts under its “Uganda is Home” campaign that was launched in preparation of MTN Uganda’s listing of 20% of its shares on the Uganda Stock Exchange, an opportunity for Ugandans to own a part of the company.

The MTN restoration project is but one of the many initiatives that the company has undertaken over the years.

MTN believes that businesses can only thrive when the communities within which they operate are thriving. To this effect, MTN has over the years made several Corporate Social Investments in areas of health, education, sports, music and arts among others as a way of supporting communities to thrive in order to create a win-win situation for both the business as well as the citizens of Uganda through its corporate social responsibility arm, the MTN Foundation.

While launching the Ogera Hills Central Forest Reserve restoration project in Serere today, Wim Vanhelleputte, the MTN Uganda Chief Executive Officer said that the reforestation project was purely a symbolism of the company deepening its roots in a country that has become home in preparation of MTN Uganda listing 20% of its shares on the Uganda Stock Exchange.

“MTN came to Uganda 22 years ago and since then we have been fortunate to work with and for the people of this country and build a lasting relationship. It gives me immense pride yet makes me humble to know that MTN in Uganda is now a family of 15 million and growing, which truly makes Uganda our home,” said Vanhelleputte, “Our reforestation project with National Forestry Authority is to re-ascertain this spirit of togetherness by deepening our roots in this country. And it comes at a time when we prepare ourselves to open our doors further for all Ugandans by listing 20% of our company at the Uganda Securities Exchange.”

Tom Okello Obong the NFA Executive Director said that with the support of MTN, the authority has been able to cover a big portion of the restoration effort that it has planned for the year.

“This year, we had planned to restore 560 hectares of forest cover across Uganda. By taking up 220 hectares of that, MTN Uganda has helped us cover about 40% of our intended target. This is a big boost and we would like to thank MTN for this. Our task has greatly been eased by your initiative and we call upon others to emulate you,” Obong said.

The Ogera Hills Central Forest Reserve reforestation drive was presided over by The Vice President, Hon. Jessica Alupo (Maj.Rtd) as the guest of honour, with Papa. Emorimor Osuban, the Teso cultural leader as the chief guest.

“In addition to MTN’s significant role in the telecom sector, it is commendable that the company has over the years proven to be a responsible citizen through its good business practices that not only generate returns for the business but also create a difference in the lives of the people across the country through its thoughtful initiatives such as this one of replanting forests,” Hon. Alupo said. 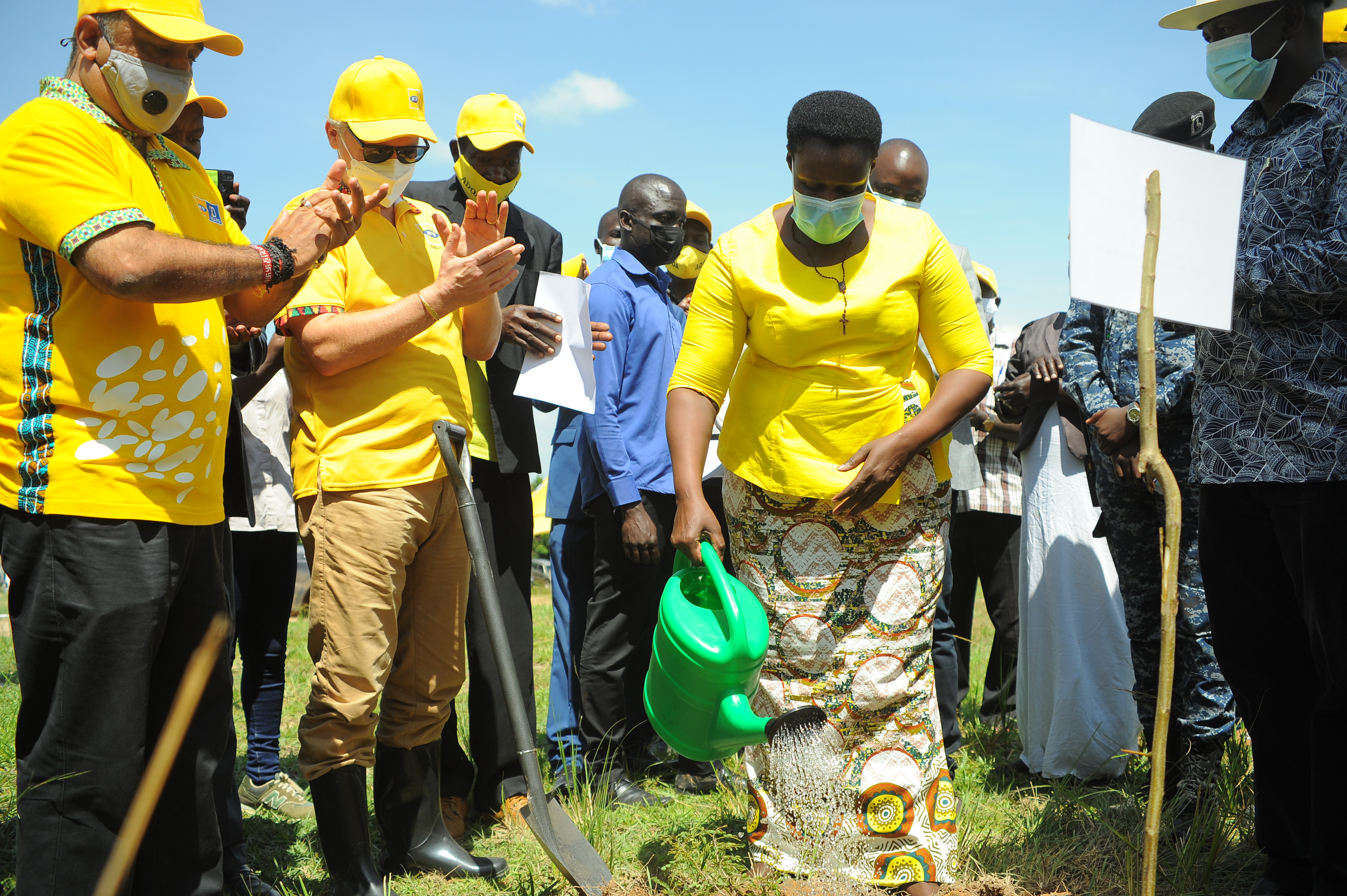 Papa Emorimor Osuban commended MTN for its continuous initiatives in the region.

“MTN has done a lot for us in terms of education and health over the years. We are indeed grateful that they have come back to further deepen their roots in our land by restoring 50 hectares of forest cover which will have a positive impact on our community. We look forward to an even better future with MTN which has proven to be a good and caring development partner to the people of Teso and Uganda at large,” Emorimor said.

According to NFA, MTN’s forest restoration drive remains one of the single biggest investments into reforestation by any corporate organization so far.