It was a somber mood as the body of Metropolitan Jonah Lwanga arrived at Entebbe International Airport on Saturday morning.

Lwanga passed on while in Greece on Sunday, September 5, after battling with sickness for several weeks.

Before his death, Lwanga served as the Metropolitan of Kampala and all Uganda, and in Central Africa under the Eastern Orthodox Church of Alexandria.

He has since been replaced by His Eminence Archbishop Makarios Tillyrides of Nairobi, after he was appointed the caretaker of the holy metropolis of Kampala, by his Beatitude Pope and Patriarch Theodoros II of Alexandria.

Makarios is also expected to preside over the burial of Lwanga.

The tentative programme shows that the prelate will be buried at Namungoona, the seat of the Uganda Orthodox Church, on Monday.

Here are some photos from Entebbe Airport as the body arrived this morning. 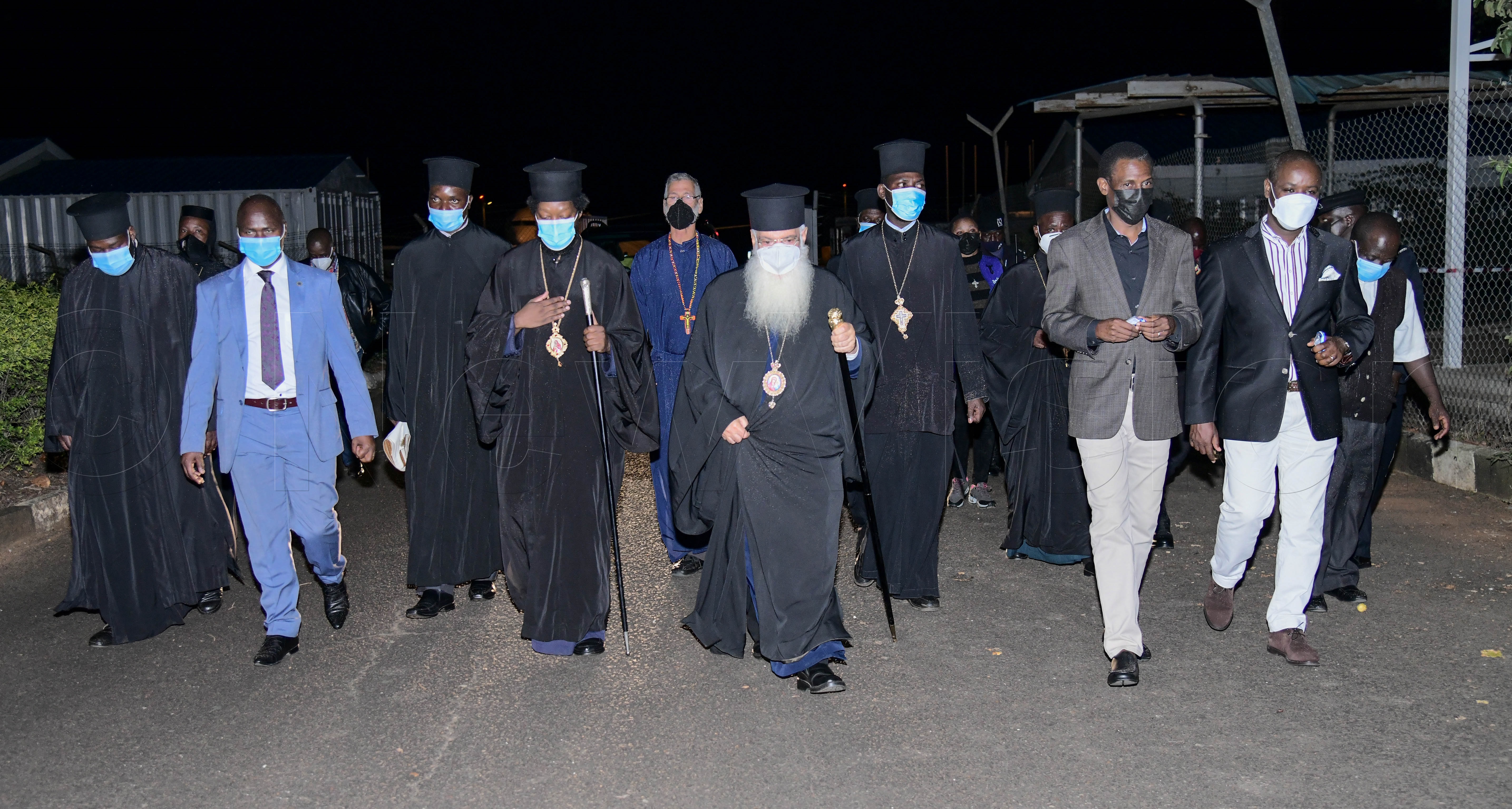 Officials who received the body of Lwanga at the airport 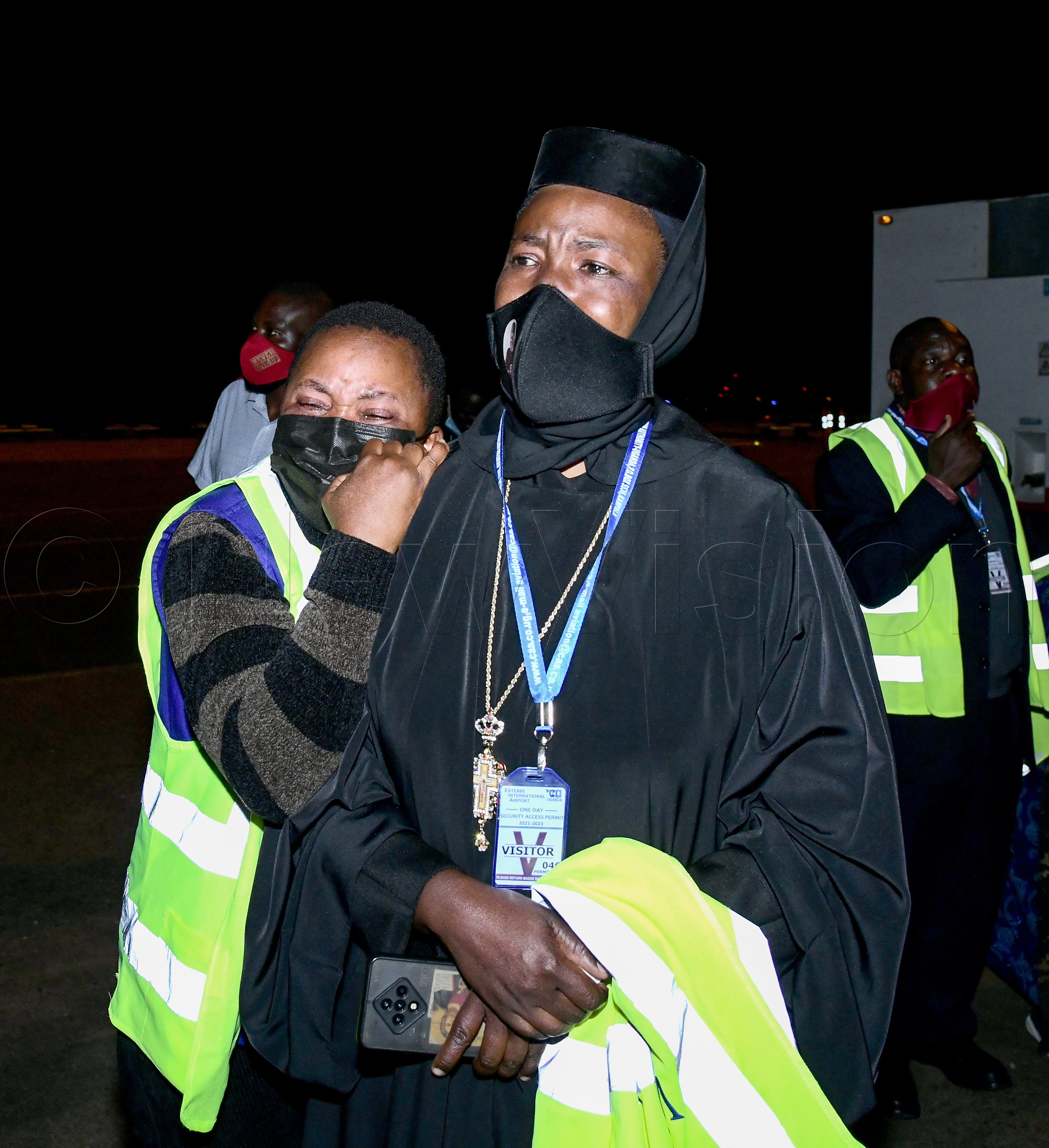 Lean on me...it is a sad moment 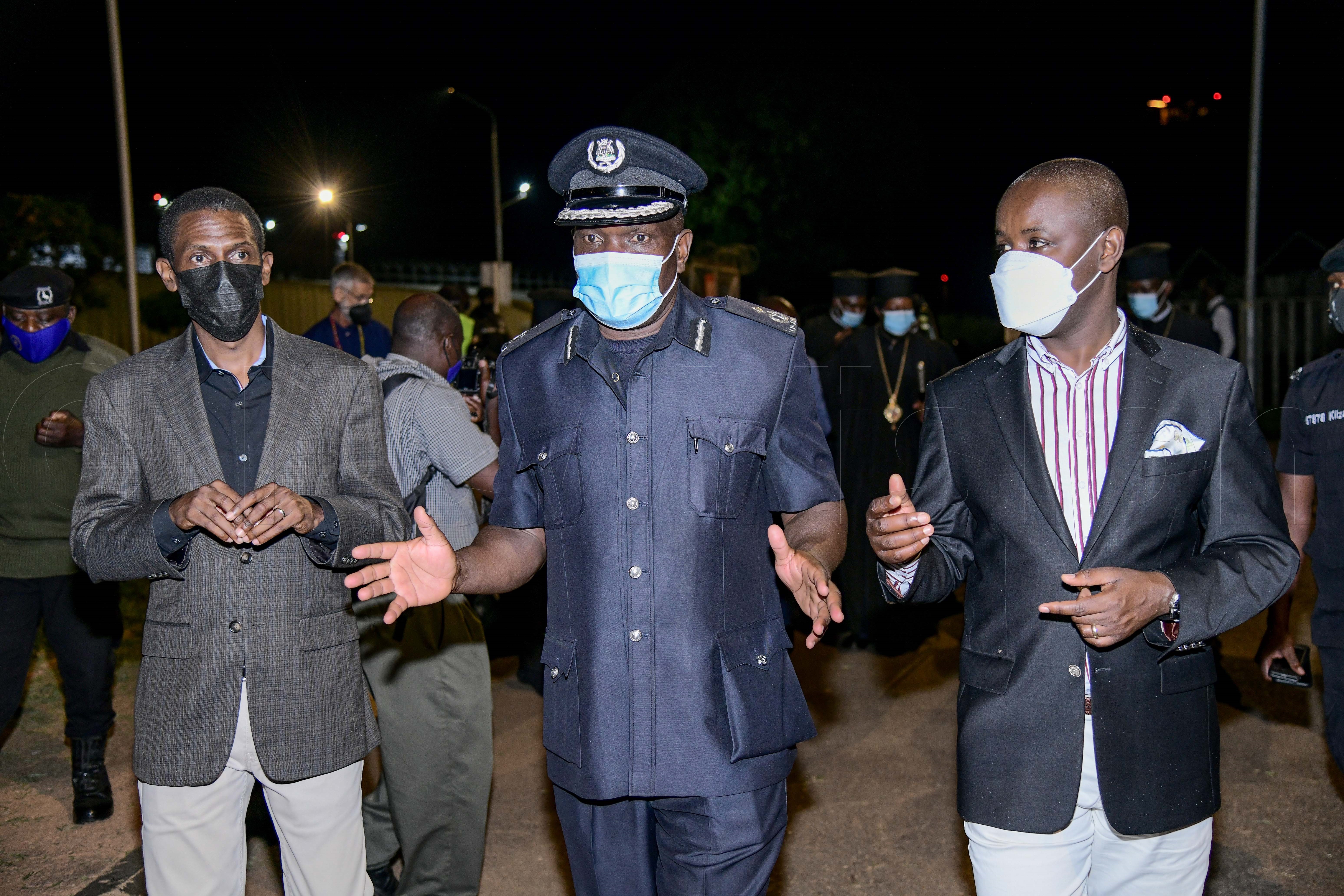 Kiryowa (left) and Tayebwa (right) chat with a Police officer 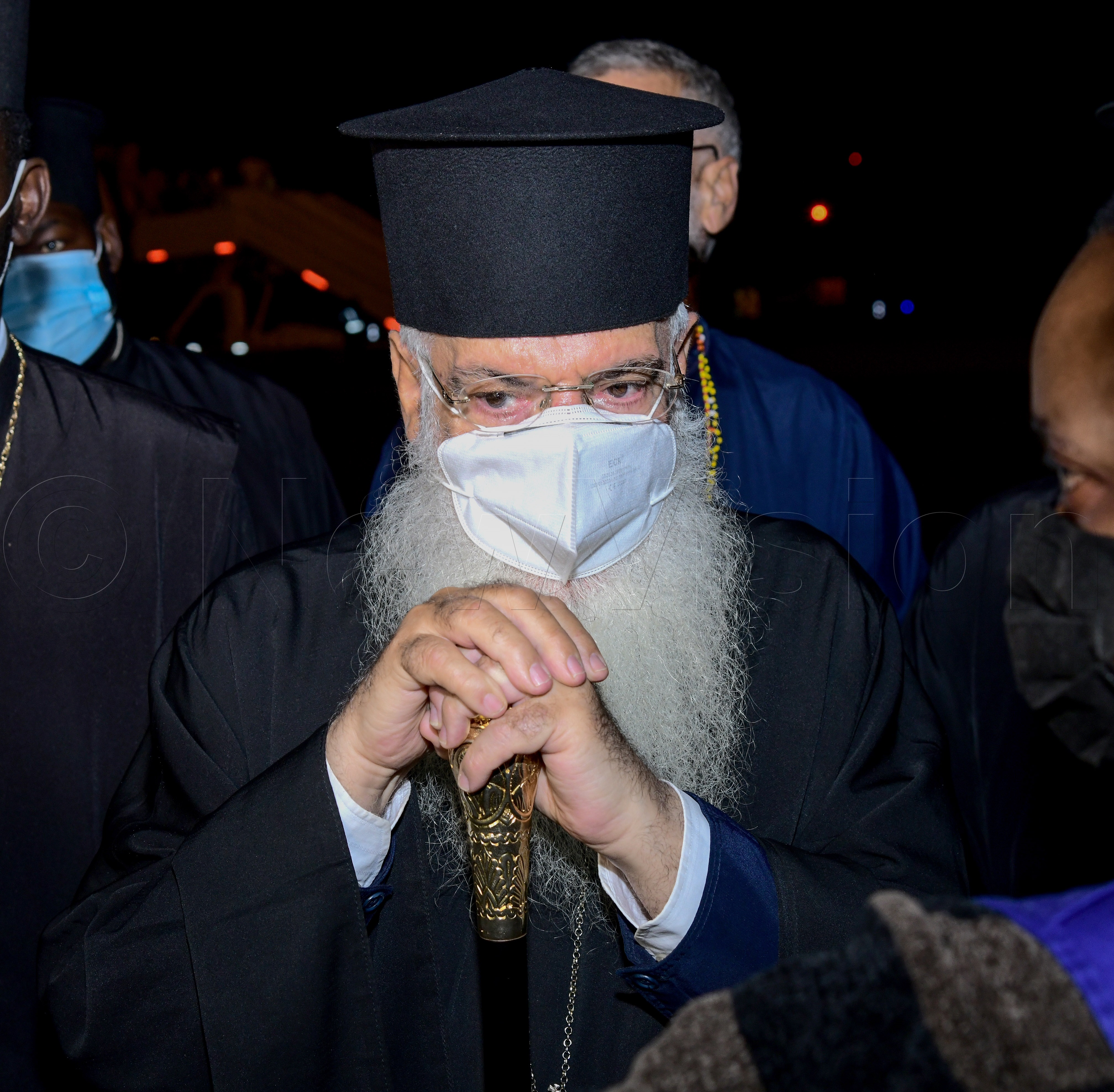 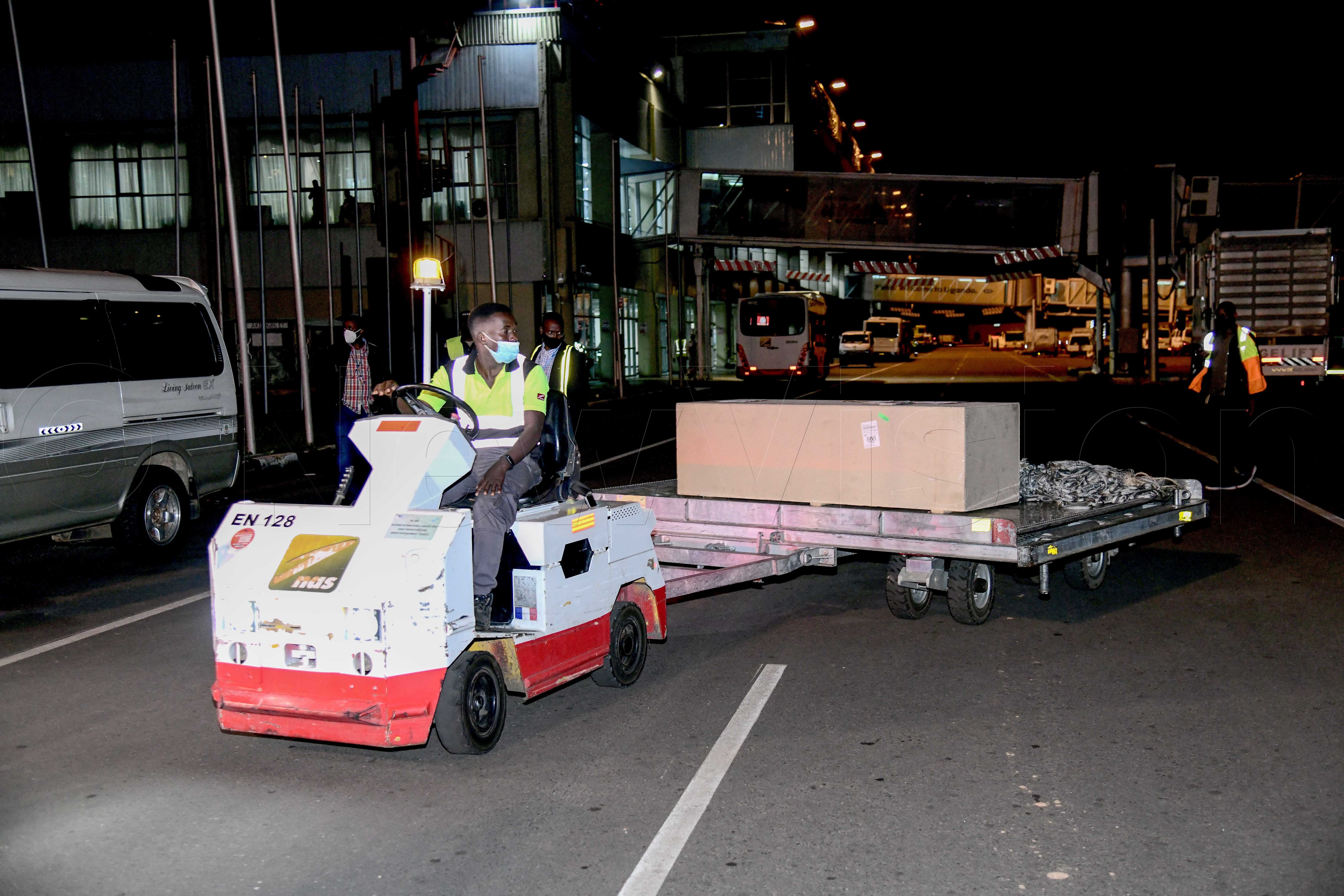 The body of Lwanga after being removed from the plane 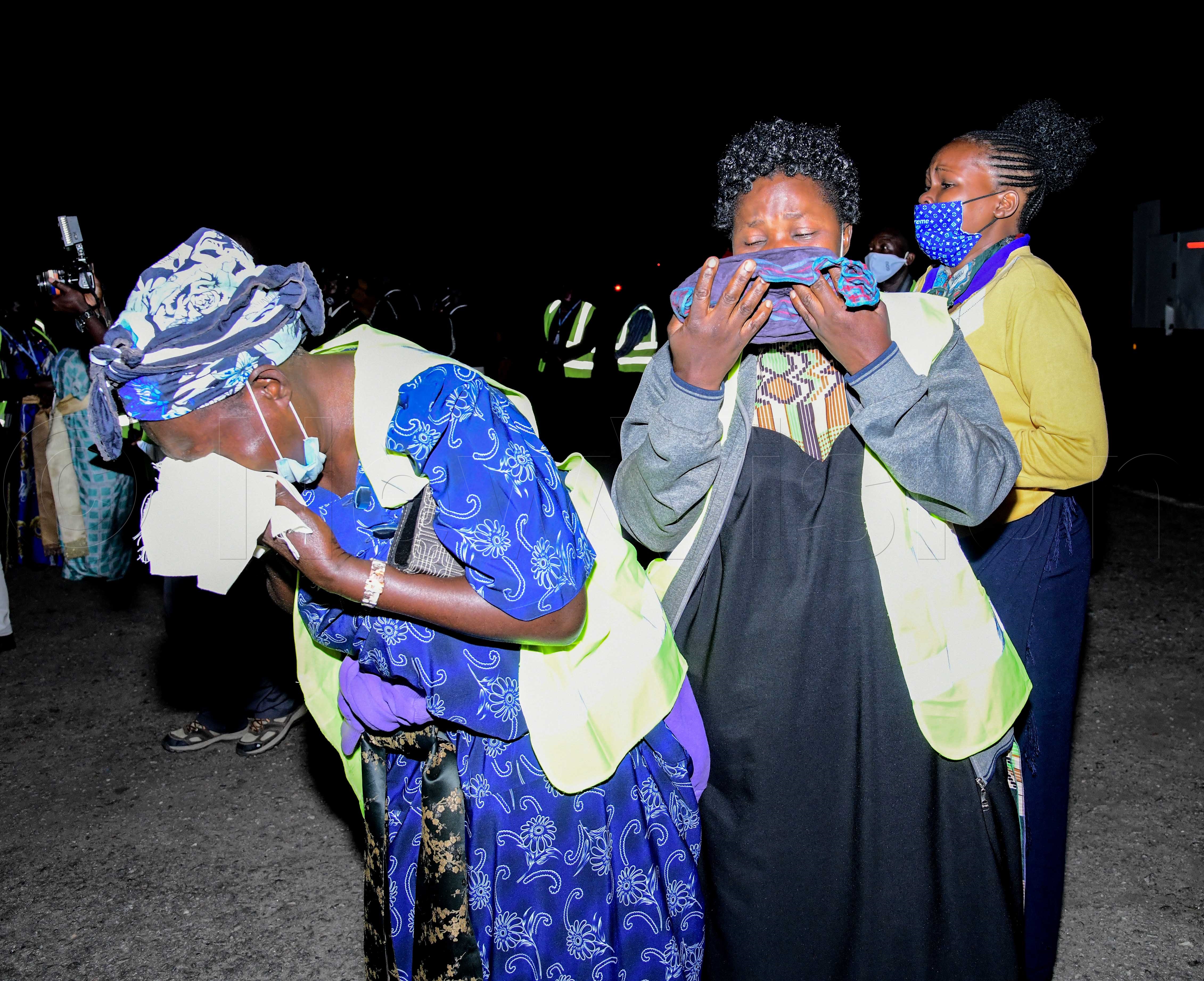 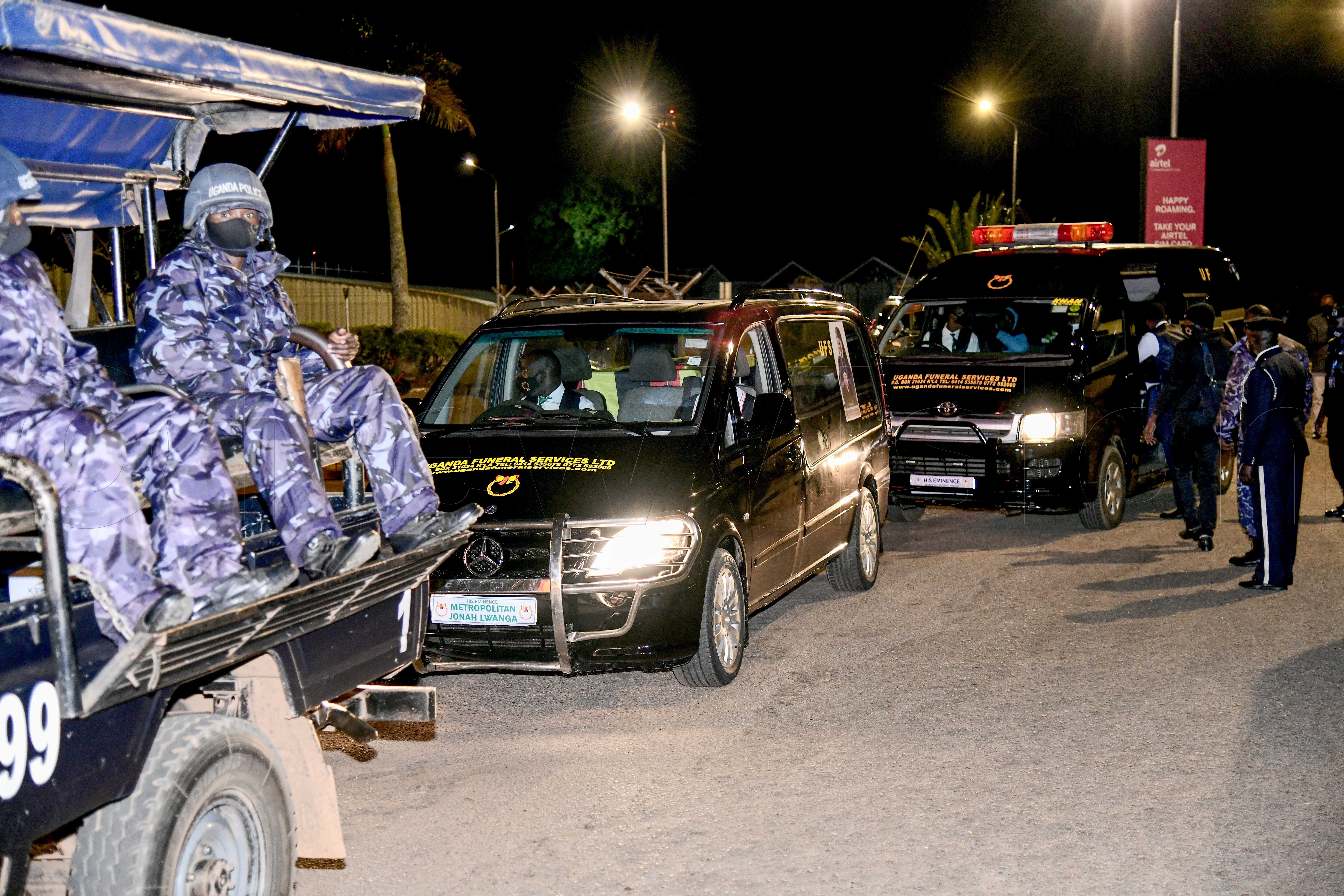