This past year, Uganda has made great strides towards promoting transparency in the extractive industries.

Indeed, Uganda has joined the Extractive Industries Transparency Initiative (EITI), the global standard for transparency in oil, gas and mining.

However, the EITI global body is failing to keep its promises, as it faces a global crisis of confidence in its ability to hold companies accountable to its standard.

While there is potential and value in Uganda’s participation in the global initiative, it is also important to recognise the risk of it becoming yet another tool that corporations can use to create a facade of being transparent and responsible.

Uganda has 1.4 billion barrels of oil reserves that are ready to be extracted and sold, and additional exploration is planned in the Albertine Graben area.

The petroleum and gas reserves have the potential to generate revenue that Uganda could use to finance the development of critical infrastructure and social services, such as health and education.

However, as we have too often seen happen in other countries throughout the world, this money could just as easily be squandered or lost to bad deals and corruption.

We need to make sure that the Ugandan people get their fair share of profits and that those funds are spent sustainably, equitably, and wisely.

The key to ensuring we maximise the potential benefits is realised will be transparency. It is critical that Ugandans are able to access contracts that show what companies should be paying to the local and national level governments and the data that allows citizens to monitor whether they are actually paying what they are supposed to.

Uganda is currently undertaking the EITI process that will ensure that companies report what they pay to government and the government reports what they receive and how they utilise this revenue and this is a  good step towards transparency in the oil sector.

However, this journey towards greater transparency has not been without struggle. While the government has been keen to disclose the required data, companies are dragging their feet on disclosing their contracts.

For instance, recently signed contracts for the East Africa Crude Oil Pipeline have not been publicly disclosed, even though they were signed after Uganda joined EITI, which mandates this disclosure. 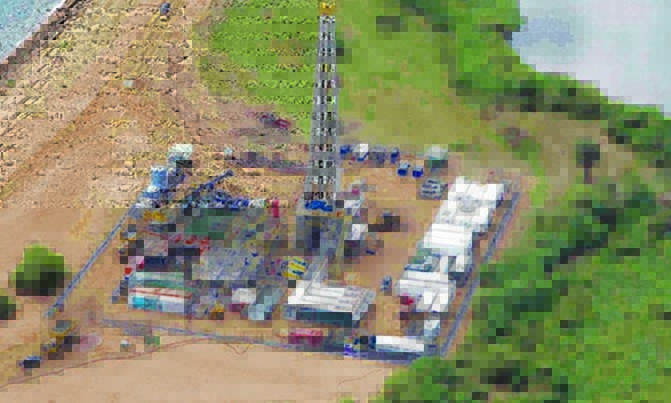 Oil exploration in the Bunyoro region. Uganda has 1.4 billion barrels of oil reserves that are ready to be extracted and sold.

It was hoped that the EITI could be a crucial ally in compelling companies, but recent developments leave concerns about the organisation’s commitment to do so at a global level.

A statement from the board chair of EITI released on July 1, 2021, titled Complaint from Publish What You Pay Us revealed that nearly one-third of EITI supporting companies are not themselves making the payment disclosures required by the organisation and outlined in the EITI company expectations as highlighted by EITI international secretariat.

What’s more is that there are companies on the EITI Board, that in addition to not reporting in line with the requirements, are even lobbying the US government to keep its disclosure requirements weak, despite their purported commitment to the EITI standard.

To become a member of the EITI, the Ugandan government has put in a significant amount of work: it formed a multi-stakeholder group of civil society, industry, and government representatives and has been tirelessly preparing its financial documents for the EITI’s validation process.

If Uganda fails to satisfy the substantial expectations required for implementing countries, it could be put on probationary status, and even kicked out of EITI.

Why isn’t the same true for companies? Why should they act with impunity while working to undermine the basic values of the organisation?

There are growing concerns that EITI has a mechanism to make governments comply with the rules, but leaner on companies which compromises its effective implementation. If well-governed, there is tremendous value in EITI.

In the two decades since its inception, it has been the driving force behind getting citizens all over the world the crucial information needed to hold governments and companies accountable for oil, gas, and mining revenues and make the most of natural resources.

Participation in EITI could be a game-changer for Uganda. But only if it can keep its implementing companies in line.

The EITI will hold a board meeting in October to determine whether it will implement sanctions for companies that fail to comply with the basic rules of the organisation.

We need EITI to rise to the challenge and show the world that their investment in this initiative will pay off. If it fails to do so, EITI risks losing its legitimacy.