University dons have proposed that a new study curriculum for freedom of expression and responsiveness be developed for all institutions of higher learning in Uganda.

According to the dons, on several occasions, the State and the public contradict each other out of ignorance.

The dons argue that though the public blames the state for infringing on their rights of expression, they also at times abuse those rights. As a result, the researchers believe that this has been the main cause of conflict between the state and the public.

They attribute this to a lack of awareness of the laws regarding freedom of speech and expression.

“There is a need to ensure that the academic curriculum adopts a policy of freedom of expression as part of their teaching,” said Patricia Atim, the head of Clinical Legal Education at the Makerere University School of Law.

According to Atim, in whatever discipline students study, their drive is to ensure they have a concept of freedom of expression in order to be able to speak what they feel.

She made the remarks during the virtual regional conference organised by the East African Network of University Law Clinic (EANULAC) at Protea Hotel in Kampala on Thursday.

The meeting organised under the theme Promoting Freedom of Expression in the Public Sphere attracted participants from Makerere University, University of Dodoma, Kampala International University, and the University of Nairobi among others.

In addition, the paper developed by Emmanuel Mbaine focused on a critical analysis of the Press and Journalists Act of Uganda.

Mbaine argued that the Press and Journalists Act as it is today creates a limitation in journalists’ free space to perform their roles.

Atim called for a reform of the offending sections of the Press and Journalists Act to ensure that journalists have the freedom to perform their roles, and if they make any mistakes, they should be controlled by the Media Council rather than being controlled by state operatives.

Sandra Oryema, the coordinator of the East African Network of University Law Clinic at Makerere University said “Freedom of expression is not only about talking, but it can also be about acting and poetry. We need to exercise that right within the parameters that the law has provided because we have obligations.” 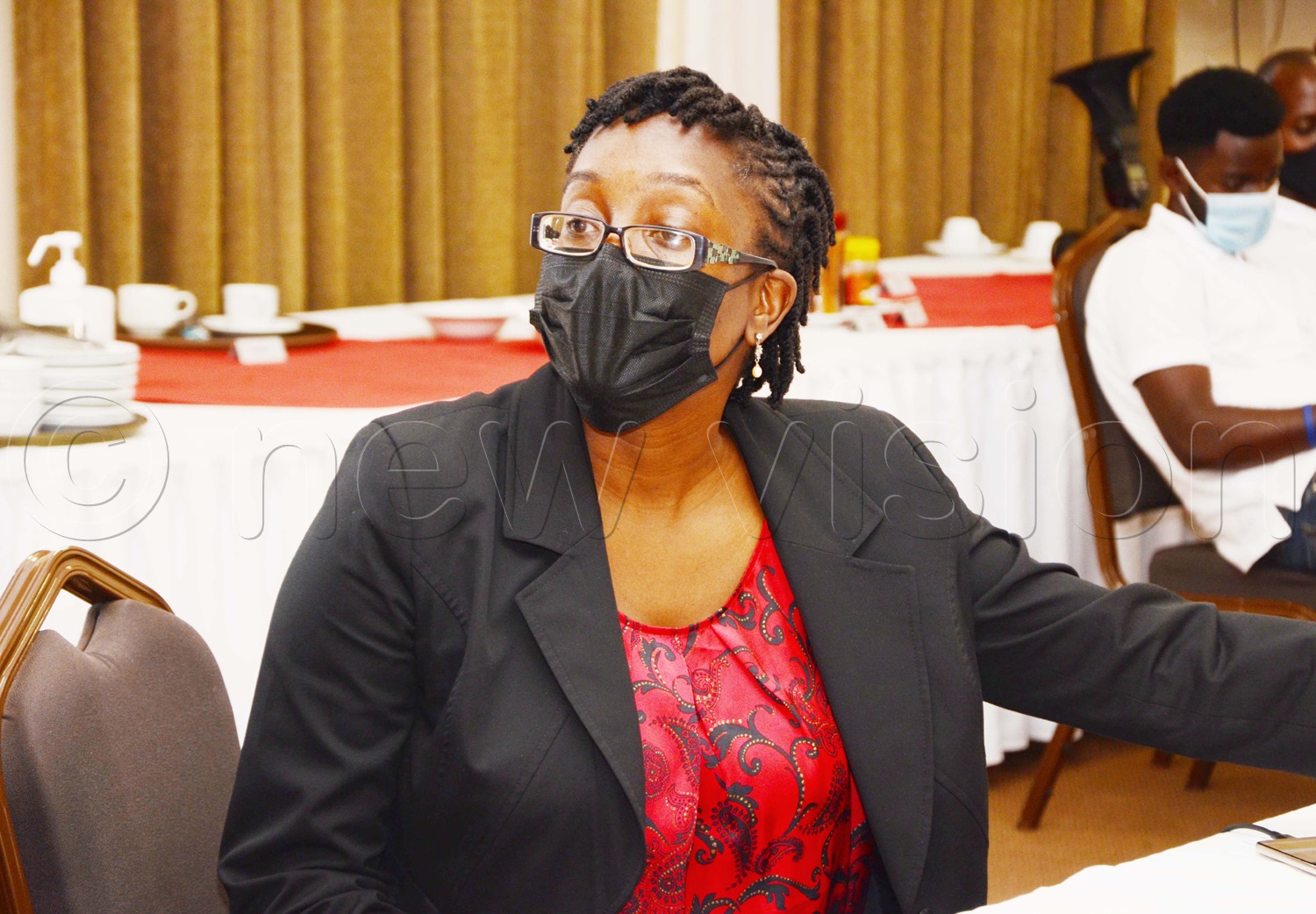 Sandra Oryema speaks during the conference. Photo by Juliet Kasirye

According to Article 29 of the Constitution, every person shall have the right to (a) freedom of speech and expression, which shall include freedom of the press and other media.

In terms of respecting rights, Oryema disclosed that “we still have a long way to go since our state of freedom of expression in the country is not so good. I request all the security agencies to have a training on human rights basically focusing on areas on freedom of expression.”

While giving a keynote address, Justice Geoffrey Kiryabwire, said “We need to think about freedom of expression beyond a mere set of uttered or written words. An expression can be what we put on our social media platforms, the images we share, or the posts we forward within our circles.”

Kiryabwire said that expression is not absolute, we need to act with restraint and awareness of the parameters set by the law.

According to Kiryabwire, even though Tanzania and Uganda have made a commitment towards the respect of freedom of expression, there have been incidences of violation of this right, especially by state actors through legislation and acts of aggression towards their own citizens.

He requested the government to provide accountability in fulfilling its obligation to protect this right.

“The enjoyment of freedom of expression comes with common limitations or boundaries. Such boundaries relate to defamation, sedition, pornography or obscenity, classified information, right to privacy among others.” Kiryabwire concluded.