Lemon farmers across the country are making a cash kill from the bitter
fruits, following the outbreak of the new wave of the Covid -19 pandemic.

Along the village paths and roads across Busoga region, motorcycles,
pickups and lorries laden with sacks and baskets (bisero), are common
sights.

From the remote villages of Buyende, Kaliro, Namutumba , Kamuli and Palisa
districts etc, dozens of trucks snake to major urban centers including
Kampala, Jinja, Masaka and other cities. 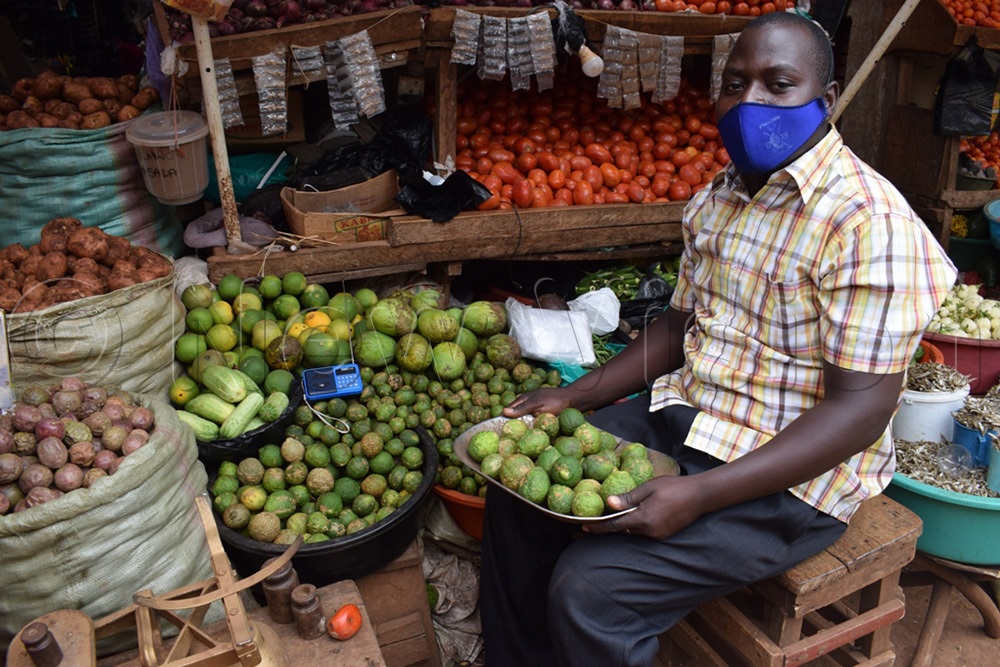 The Green tender fruits, most of which are harvested at the size of babies
fists, are  now on high demand, owing to the escalated Covid -19 wave.

Health experts have routinely advised the populace to embark on eating
lemons in the bid to fight the pandemic.

According to Dr. Fredrick Kabbale, the District Production Officer for
Buyende, farmers who have lemon trees are making a kill from the fruits
which have been despised and termed as less profit making.

“The demand went up after President Museveni announced the fresh lockdown
Traders poured in searching for fruits, forcing farm gate prices up,” Dr.
Kabbale, told The New Vision, on Wednesday.

According to Abdu Malik Gumula, a practicing Agronomist in Nawampiti-Mairo
village in Bukamba Sub County, Kaliro district, the farm gate price per
basin is sh10,000 while  the sack of 100kgs now costs sh50,000. 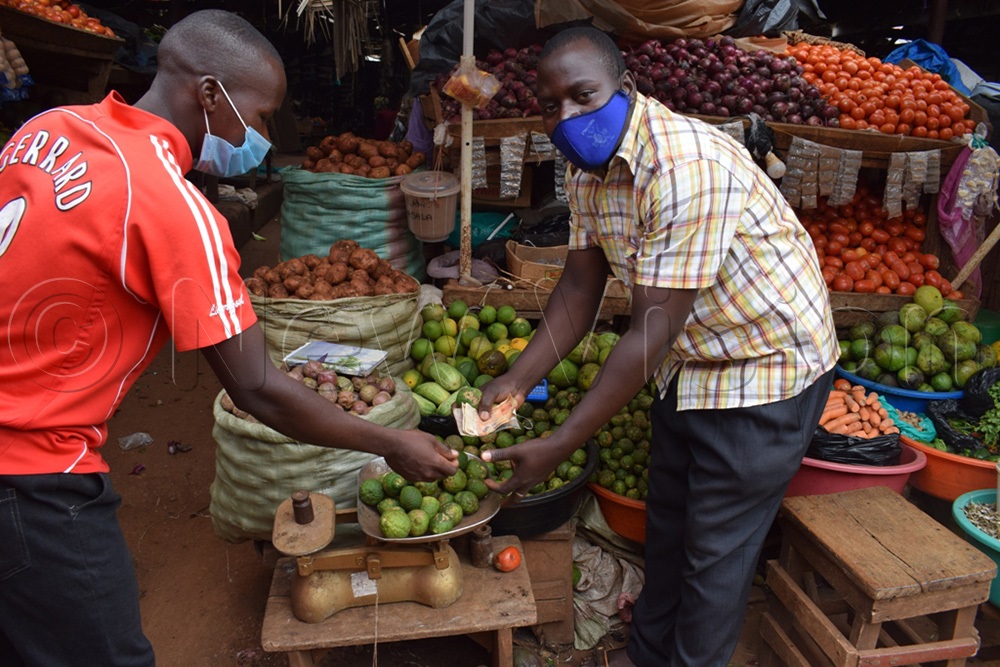 Moses Mukasa, a lemon dealer from Kampala told The New Vision that the
jostling traders forced up demand, leading to acute scarcity across the
supplier districts.

In Kamuli Central market, the grocers have shot lemon prices up, selling
the fruits in kilos like passion fruits or any other edible edibles.

In Kampala City, according to Mukasa, a 100 kg sack costs between sh300,
000- and sh350,000- in Nakasero, Kalerwe , St Balikuddembe among other
markets, making the enterprise lucrative.

The demand for lemon fruit therapy has also added market for ginger and
garlic.

In Kamuli Central Market and Jinja Main Market, the pandemic has not only
cropped market for lemons, but even ginger (entangawuzi) and garlic.

According to James Lubaale, a Grocer in Jinja Central Market, a kilo of
ginger has hiked to sh8, 000 as opposed to the past when it cost sh.3,
000/-.

Petu Namuwaya, 75, the resident of Nabbuku village in Kagulu Sub County,
Buyende district who sold three sacks at sh50,000- each, was all smiles on
Tuesday.

“I  was paid sh150,000, yet I used to get less than sh30,000,” she said,
adding after selling, more traders arrived offering  higher rates, however,
the trees had been emptied.

Living Bashoberwa, the model farmer with a 2-acre orchard, part of which is
lemons, said that the sales he made this year shall remain in history.

“The enterprise has been the lowest paying but now the most lucrative one.
I bagged over sh.1.5m,” he said.

Stephen Malagala, the Kagulu LC3 Chairperson in Buyende, awed at the fact
that the traders are harvesting very young lemons, including those as small
as a fist of a three months baby.

“I wonder why they’re jostling for the juvenile fruits.  In the past, the
fruits would ripen before harvesting,” Malagala, the singer turned
politician said.

The District Agricultural Officer for Buyende, Dr. Ibanda Mwase, urged the
farmers to embrace the crop, adding,” The practicing farmers are enjoying,
and by the time rest wake up, they will have gathered some good fortune”

According to Dr. Lawrence, a professional Food & Nutrition Expert in Kamuli
district, lemon juice is vital for human health, especially in the aspect
of boosting body immunity.

“Lemon juice has been proven to have nutrients including vitamin C which
promote body immunity. It is no wonder people jostling for it,” Dr.
Buteraba, also the Director of St. Lawrence House of Health on Lubaga Road
in Kamuli Municipality, said.

Dr. Aggrey Batesaaki, the Assistant Commissioner, Inspection and Compliance
at the Ministry of Health headquarters, Kampala also appreciated the use
of lemons, ginger, watermelon, garlic, onions etc, but hastened to warn
the public against over consumption.

‘Lemon has high acidity, which when consumed in concentrated form and large
quantities can harm the internal organs like the intestines, resulting into
ulcers,” Dr. Batesaaki, the former Kamuli District Health Officer, said.

“We advise our people not to take lemon juice in large quantities. Being of
high acidity, it may crop other health complications,” Dr. Batesaaki, the
former DHO for Kamuli, said.

More advice on lemon and use of other bitter fruits is rife on media
platforms.

The masses are advised to steam baths made from the leaves of lemons,
oranges and mangoes, adding to other smelly leaves, in order to fight Covid-19.