The late Archbishop Livingstone Mpalanyi Nkoyoyo has been recognised for establishing the Uganda Martyrs’ Museum in Namugongo, winning the 2021 Heritage Awards under the Tangible Cultural Heritage category posthumously.

The museum is the site where the first seed of Christianity in Uganda was sowed. It is the site where Christian convents (13 Anglicans and 12 Catholics) were martyred on June 3, 1886 on orders of then Buganda Kingdom King, Kabaka Mwanga.

The bones and ashes of these 25 martyrs were buried in the chapel that was built by Owekitiibwa Tefero Kisosonkole in 1935.  The tourist and pilgrimages are now able to see the road to martyrdom to reflect on their Christian believes in order for them to recommit strongly to their faith.

Despite being a religious leader, Nkoyoyo was instrumental in the restoration of the Buganda Kingdom, and eventually, the coronation of the King of Buganda. 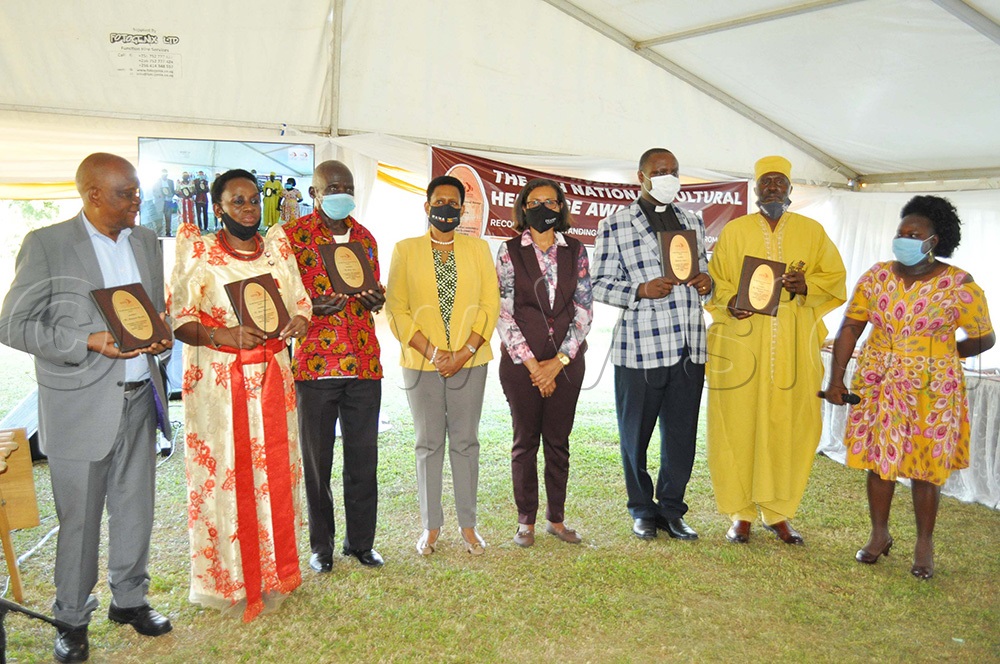 The theme for this years’ award was: “Cultural heritage in crisis: Opportunities for collaboration and promotion.

Others to be awarded in the tangible Cultural Heritage category were Nyakasura school administration.

Thanks to a renewed enthusiasm among staff and support from UK friends of Nyakasura a series of refurbishments were initiated and completed.

In addition, to be awarded was the Muntu clan in Arua for preserving the tree of honesty, which is located within Arua city.