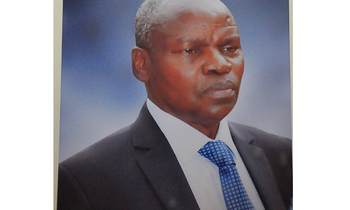 John Kittobe, my old and close colleague at Uganda Management Institute (UMI) who was shot dead on November 18, 2020 during riots, shall continue to live in the hearts of many who knew him.

A brilliant accountant who served his nation honourably including teaching many accountants and public servants lost his life needlessly.

I can't recall exactly when we first met. Together in the 2000s we served on the staff of UMI and shared an office on the same floor.

But he was in a different department and we rarely interacted.

What struck me was that he was much older, looked a bit stern and, usually came to work in a white short-sleeved shirt, always with a necktie fitted, typical of British trained accountants.

One day an event brought us closer. I represented academic staff on the council. A matter was presented and I had a different view.

I canvassed for support and this is how we started a long friendship. Council had proposed an ecumenical prayer to be read at the start of every business meeting.

I felt strongly that even in public institutions anyone should not be constrained in their prayers with a written script from the high.

After that event, which we lost, Kittobe and I started a lunch hour Christian fellowship, not without opposition, but which still goes on.

As head of Higher Degrees Department he saw to the graduation of hundreds of students with Masters degree.

He started the MBA degree program, a project we worked on together and gave us much fulfilment when it finally came to fruition and the first class started.

Other than academics we often met to talk about life. What drew me closer to Kittobe was that we shared as much concern about Uganda.

"Where is this country headed!" many times waiting for traffic to clear, overlooking the busy Jinja road, we discussed Uganda with lamentation.

About 2002 John decided to retire from UMI as I also decided to move to a different work station. We kept in touch infrequently.

In 2018 we bumped into each other on a plane out of Entebbe.

Kittobe and his wife, Lois, were en route to visit a son, Michael, who worked in the US. I moved seat, sat next to him and Lois.

We talked and laughed most of the way. As he had always done he told me all about his children.

He was so proud of their achievements. At Brussels, we took different flight routes, my last sight of him smiling back, a happily retired man relaxed and at peace with a cap on.

In the course of our friendship Kittobe used to share with me much of his interesting life story.

He was a brilliant boy who started at Mushanga Boys school in 1957. This was a Catholic school and one of the requirements was to confess Catholicism, although his family was of the Anglican faith.

To get education Kittobe agreed to be baptised in the Catholic Church taking the names of John Mary.

He emerged as one of the best five students during the national junior exams in the western region. This earned him a place at the elite St Mary's College, Kisubi.

But his time there was unhappy and short lived.

"I was coming from a humble background," he once told me, and there was this Brother who kept harrasing me for lack of shoes. I had one distinct wollen shirt which the well-off Baganda boys kept teasing me."

After one year he decided to move to the nearby but equally demanding Ntare School. There he skipped a class to join Makerere University in the B.Com class of 1972.

"My class had the likes of Robert Rutagi, once General Manager of National Medical Stores," he told me, "and the former Minister Hon Sydia Bumba!"

After graduating Kittobe would go on to have a remarkable career.

He served as Chief Accountant for Agricultural Enterprises and Director of Finance at Uganda Red Cross.

Kittobe loved education and in 1984 he went to UK where he graduated with an MBA from the University of Leeds, two years later.

He soon started teaching finance at the Faculty of Commerce, at Makerere University before finally moving to UMI where he retired.

One reason that enabled Kittobe take what many thought was early retirement was because he had invested well in real estate.

"In my first job I had a house in the suburb of Kololo," once he shared with me while visiting in his office.

"This is why I believe environment matters a lot. My eyes opened as I realised I too could start saving and build one of those mansions there."

He was a man of action and commenced to buy land in Naguru where he raised a mansion. He would go on to build on that a number of properties in town.

There are two most fitting description of Kittobe 's 71 years. He was a family man very devoted to his wife, six children and 11 grandchildren.

He was also a committed Christian who diligently served his church at St Luke, Ntinda.

Once during one of those upheavals in Uganda Kittobe survived a grenade attack.

After that miracolus escape he committed his life to Jesus Christ as a personal saviour.

On Wednesday, November 18, Kittobe started the day by having breakfast with his family, as he normally did.

He then drove to Mabirizi shopping plaza to purchase certain items.

Early in the day one of the political candidates in the Presidential election campaigns, Robert Kyagulanyi, had suddenly been arrested by security forces, sparking off riots.

Just as he went about his chores Kittobe was hit by a bullet from nowhere.

Later in the day, about 3 m, Lois, whom he married in 1976, received the most dreaded of calls. There was a stranger on Kittobe's line.

The caller without much wasting told her Kittobe 's body was in the Mulago mortuary.

In 1894 the British cobbled together a nation and which with as much imagination threw in a name for her to be called Uganda.

As was a project, half a century later, they handed it to the natives to self-govern, with all its grand set of odd characters and strange circumstances of birth.

Since then she has been at it, plucking the lives of many of her innoncet children, through incessant wars and riots.

The list of those assassinated and murdered in never ceasing political wars could stretch as far as the Nile.

Maybe one day she will settle down and peace will too shine here. But for now it is but a dream.

During our time together about this time of the afternoon, of a Friday, Kittobe, would put on his cap, and drive down to the place of his birth, where he had a farm.

This time it is the body of my friend as I write being driven down, in this running sad tale, of our nation, Uganda.