Kiplimo bags sh111m for winning the World Half Marathon 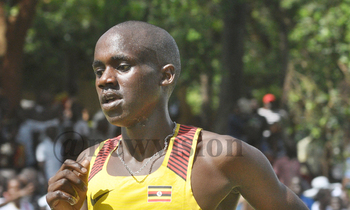 Although all eyes were on record-breaking Joshua Cheptegei, who was participating in his fourth race of 2020, it was Kiplimo who stole the show edging Kenya's record holder Kibiwott Kandie to first place, individual gold and $30,000 (sh111m) for the overall winner.

His win also meant Uganda picked a team bronze behind winners Kenya and runners up Ethiopia who not only finished second and third respectively in the individual races but also on the team standings.

Golden Spike 5,000m champion and Meet Record holder Jacob Kiplimo, won in style setting a new course record in the process although it was short of the world record by 11 microseconds.

Smarting from setting a new 10,000m World Record in Valencia, Cheptegei couldn't match his record-setting heroics on the road settling for fourth place in a time of 59:21 behind Ethiopia's Amerdwork Walelegn who clocked 59.08 to pick bronze. The record holder over the distance Kandie made 58.54.

In the women's race, Uganda's Juliet Chekwel clocked 14th with a new national record of 1:08:44 while Doreen Chemutai finished 17 with a personal best of 1:10:18