Cheptegei to pocket $50,000 if he smashes the Half Marathon record 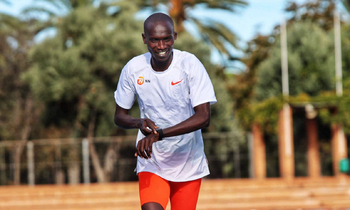 Should any Ugandan break the world record at the World Half Marathon Championship, he will pocket an extra $50,000 (sh184m) on Saturday.

That's what World Athletics has set aside for anyone who sets a new world mark in this year's World Half Marathon.

Uganda last featured on the podium in 2004 when Wilson Busienei, Martin Toroitich and Joseph Iga finished third in 3:13.48.

Teams may enter a maximum of seven athletes, but no more than five shall be allowed to start in each race.

Team results are decided by the aggregate of times recorded by the first three finishers of each team. The team with the fastest aggregate time will be judged the winner.

If a team fails to finish with a complete scoring team, the runners finishing shall be counted as individuals in the race result and be eligible for the individual prize money.

In case of a tie

In the event of a tie, it shall be resolved in favour of the team whose last scoring member finishes nearer to first place.

The competition was renamed to its current title in 2020 after the governing body rebranded itself moving away from the long-standing International Association of Athletics Federations (IAAF) moniker..