The three lessons 2020 has taught me 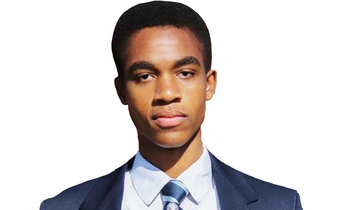 Where has all the time gone? As much as I love to pretend that this year has been a compilation of triumphs and big celebrations, I will be doing a massive disservice.

I pride myself on being a very optimistic person, but I think the problem with optimism, or the version of optimism that we have adopted this year rather, is that in our attempt to find a silver lining we have evolved a blatant rejection of things that are so obviously negative.

Statements like "there were 50,000 new positive cases yesterday" are being met with "at least we know we are testing lots of people". This environment that we are cultivating can be summed up by a relatively new oxymoron: toxic positivity.

As well-intentioned as these optimistic remarks are, they reinforce this idea that the best way, or the only way, to cope with a bad situation is to put a positive spin on it and not give the negative any thought and so instead of denying the fact that this year was anticlimactic in many regards and it left some indelible marks on the lives of many, let us call it what it is and only then can we really progress. This year was a train-smash.

In fact, many would tell you that the word "train-smash" is very euphemistic. Every year has a few defining moments, but the past nine months have contained so many paradigm-shifting, world-changing developments, that it is hard to believe.

COVID-19 aside, George Floyd, Ahmaud Arbery, Breona Taylor and 160 other African Americans were killed by those who are paid to serve and protect. A deadly explosion occurred in Beirut, Lebanon killing hundreds and causing extensive suffering. Australia burned to the ground. The list goes on.

However, as much as efforts of toxic positivity would be a great disservice to you, so would completely neglecting the lessons available to us all. Here are three lessons that 2020 has taught me about myself and how those three things interact with the rest of the world.

There are many hardships that people right on our doorstep, have to endure daily that many of us have not even considered, let alone experienced.

Whether that be necessities, like constant access to water in the midst of a drought, or the more glamorous things like having a range of tutors and world-class professionals at your disposal. All of these privileges accumulate to put us in an optimal position to achieve unimaginable heights of success. But the keyword in that sentence is "position".

Think of it a bit like a Formula One race. You can have the most impressive car of the 20 on the track — a powerful engine, robust and durable tyres, the lightest frame, the most efficient pit crew — all of these things enabling you to drive the fastest timed lap on the Saturday, meaning you'll start in pole position on race day, yet you could end up finishing third on the podium because you let your diet slip that week.

Many people are familiar with Murphy's Law: everything that can go wrong will go wrong. I am sure this has been attributed to 2020 several times. However, not many people are familiar with Manson's Law. Manson's Law states that the more something threatens your identity, the more you will avoid doing it. Notions like this put you in a dangerous position, in which you trick yourself into believing you have won the race, when really you have just revved the engine a couple of times.

If it is a race win, you are in search of, you have to do things that challenge your identity, that make you truly uncomfortable.

With great power comes great responsibility. The clichéd proverb that we have all either heard or used.

However, when you invert the sentence and swap the two nouns, I believe you are left with a lesson that is far more profound.

Disappointed with this, Johnny decides he will just have to take a three-month hiatus from exercising. However, James, who also frequently lift weights, decides to take it upon himself to buy some dumbbells and a pull-up bar to exercise at home.

Neither Johnny nor James were at fault for the gyms being closed, but James took on the responsibility of fixing the problem. If you want to break free from mediocrity and become truly fulfilled, it is time you stopped delegating fault and start taking on responsibility.

One morning, a couple of weeks ago, I was beginning to feel overwhelmed so I decided to go on a walk around campus.

I stagger to basketball courts. The intoxication of having just woken up forces me to think meticulously about every step. Right foot, left foot, right foot. I reach the middle of the court and pause.

I start to pay close attention to my breath. With every inhale, I feel more at ease, I am completely submerged in all of these acute sensations, I pause. It is so easy to get caught up in trying to achieve this and trying to get that, that you end up losing something very important: perspective.

When you pause and reflect on your surroundings, you gain perspective in all that you do.

This makes you realise how trivial some of your issues are, the stillness observed makes you realise that you have not been spending much time on yourself lately. When you pause, you tap into a newfound self-awareness that allows you to do more in the day-to-day than ever before.

Seek discomfort, take on responsibility, and pause. In an idealistic world, human life would be a series of inputs and outputs, like a formula. If you could figure out with inputs to change, you could make calculated decisions that would result in you living your desired life. But it is not like that. You could deploy all three of the lessons I spoke on today and still end up with a train-smash of a year. So why teach lessons at all? The position. Similarly, to my Formula One analogy, an outcome is never guaranteed, but you want to be in the most optimal position to achieve that outcome. Transformation and diversity and finding that perfect balance at large, is a perpetual process. There is no endpoint.

No point when we sit down, donning a look of contentment, and say that our work here is done, but rather, an equilibrium point that changes every so often and requires us to follow suit.

What I find so fascinating about literature, whether that be a bedtime story or a novel, is that when you revisit the words years later, they can mean something entirely different. Upon rereading the novel Everything, Everything by Nicola Yoon a couple of weeks ago, one very short page resonated with me far deeper than before.

It reads: "I read once that, on average, we replace the majority of our cells every seven years. Even more amazing: We change the upper layer of our skin every two weeks. If all the cells in our body did this, we would be immortal. But some of our cells, like the ones in our brains, don't renew. They age, and age us."

This is a Speech Day address by Jonathan Shamwana, an 18-year-old head of a school (head prefect) and final year student at St Andrew's College Grahamstown, South Africa