Air Namibia halves salaries as it prepares to resume flights 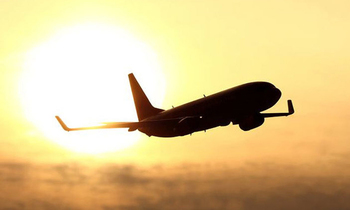 Namibia's cash-strapped national airline said Tuesday it will halve staff salaries as it prepares to resume flights after six months.

Even before the coronavirus pandemic, Air Namibia's finances were in tatters and it failed to post profits over the past five years.

Namibian President Hage Geingob had warned in June that the carrier faced liquidation as it lived off government bailouts.

"The airline is feverishly doing all it can to resume operations, considering that it has not done much flying since the (Covid-19) state of emergency was declared," Air Namibia spokesman Twakulilwa Kayofa told AFP.

In a letter addressed to staff dated September 25 and seen Tuesday by AFP, the flag carrier said employees who have not been working since the lockdown began in March, would have to take a salary cut.

It said the airline mananagement have "been actively working on plans to restart operations in anticipation of the eventual opening of regional and international borders for commercial activities".

"The re-start plans (are) however heavily impacted by the lack of financial resources" to pay creditors.

"The airline will reduce the employee's basic salary by 50 percent for affected non-operational staff for the months of September 2020 going forward," it said in the letter.

Air Namibia has 10 aircraft and close to 800 employees. The government has said the airline needed some seven billion rand ($414 million) to stay airborne.