Ugandans need service at the Ugandan Embassy in Denmark 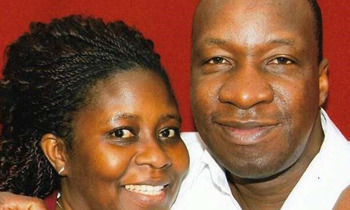 For long time, many Ugandans in Sweden had talked about the embassy in Copenhagen, but because I didn't have any problem, I never minded the pain they go through until I lost my wife Betty Eva Nnyanzi.

Betty died on April 12, 2020 and on April 28, we sent by post to the Embassy all the necessary documents needed to be certified for the repatriation of her remains to Uganda through our Burial Funeral Director.We didn't get any reply after a period of more than two weeks despite the fact that the director had enclosed with the post a prepaid return addressed envelop that had to be used to post back the original copies sent to help the process be worked upon. The director decided to remind the Embassy twice on May 15 and May 20 via both info and consular e-mail addresses for the Embassy without any response again.

We called the Embassy and only to be told that they didn't see anything either the post or the e-mails. On July 12, we sent via both e-mails all the scanned documents (Originals) that the Funeral Director had sent to the Embassy by post in order to re-start the case, but all in vain though by phone they had confirmed the receipt of the mail that time.On July 16, our Funeral Director wrote to them again and explained the whole scenario expecting some reaction, indeed the Embassy officials never bothered even to reply. It was at this moment that we decided to find another alternative to help the situation.

The Swedish Government said all dead bodies in the mortuary that had not been claimed after one month had to be cremated for the hospitals didn't have enough space because of Coronavirus Epidemic.We called the Embassy to help us with a letter to be taken to the hospital with a reason for the delay to keep Bettys body and on this note a man by the name of Kafeero told us they can't. However, he said if we wanted let us visit the Embassy website and download the circular which was written and linked on the same.

Thanks God that the team in Uganda talked with the Ministry of Health and the Director General of Health Services Dr. Henry Mwebesa wrote a letter to the Swedish Government to wait and informing them that when the airports are opened, we were to return Bettys remains to Uganda.

It was really disappointing that after three months, we called them to inform them that since the Uganda Government had allowed bodies to be repatriated let them help us with our documents and one heartless man lied to us that he was to process them, but as said earlier, there was no yes or no.

Mostly also thank all the people who gave us the needed support and money to repatriate my wife.
However, what is the work of the Uganda Embassy in Denmark?