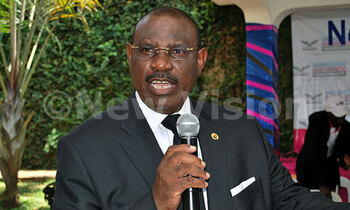 The family confirmed his death in a telephone call from New Vision.

"I know why you are calling. It is true. Hajji has died," a member of the family said before breaking into tears. His brother and Kawempe North MP, Latif Sebaggala, also confirmed the death.

Sebaggala was admitted to the International Hospital in Kampala, in Namuwongo two weeks ago. His son, Abdu Gamel Nasser Ssebaggala, then said his father was referred to the intensive care unit on arrival at the hospital after developing complications in the stomach.

"After having his supper on Tuesday (September 8) night, dad sat in the sitting room and was listening to the radio when he suddenly felt weak," Gamel said.

He added that shortly after, his dad started sweating, prompting the family to rush him to the hospital.

Upon examination, Gamel said the medics informed the family that Seya as Sebaggala was popularly known, was suffering from a condition diagnosed as intussusception.

Intussusception stops blood supply to the affected part of the intestine, resulting into a tear (perforation) in the bowel. This later leads to infection and damage to the bowel tissue.

The condition is said to be the most cause of intestinal obstruction in infants. Although the condition is rare in adults, according to medics, in most cases, it is caused by underlying medical complications such as a tumor.

Seya breathed his last this morning and preliminary plans indicate that he will be buried on Sunday in Kisaasi.