Lessons from the NRM primaries 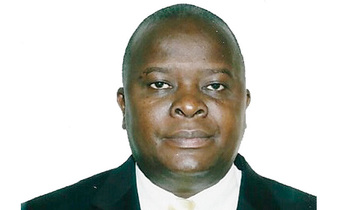 The NRM's national chairperson, Yoweri Museveni's, decision to democratise participation in this party's primaries, fundamentally strengthened and broadened its support base.

Democratic elections are won by those who are popular and able to enthuse eligible voters to, come rain or sunshine, massively vote in their favour. And the current primaries' high turnout and bubbling enthusiasm, vindicates Museveni's decision, challenges notwithstanding.

The NRM's capacity to reinvent itself, in challenging and changing circumstances, predates its coming to power in 1986.

When in 1981, it launched the liberation war against the brutal Obote II UPC regime in the Luwero Triangle, it initially opted to appoint, in a top-down manner, civilian rebel collaborators into its ranks to link it to the population. Inevitably this created political challengers for the liberation effort, which inherited these appointed collaborators alongside their political baggage. Some could have been anti-people individuals! Hence to eliminate such risk, Museveni, Eriya Kategaya and their comrades strategically democratised this process!

This masterstroke was the genesis of the revolutionary Resistance Councils or Obukiiko. Which was the first effort to democratise Ugandan society, from its grassroots, largely then peasantry base.

Both demographic categories constitute the majority of Uganda's society. This hindered local patriarchs from monopolising access to RC leadership positions.

The NRM's democratic reform in the Luwero Triangle, shifted the political balance of forces into its favour. And immensely contributed to the defeat of the neofascist and brutal UPC regime, for it generated the liberation's political support. That is despite the regime's harsh scorched-earth reprisal policies, akin to those the Nazis conducted during their infamous Operation Babarossa in World War II. These resulted in massive executions of civilians and the destruction of property and infrastructure.

The Luweero Triangle, from colonial times, had been a key economic hub.

Ironically, while the NRM democratised its liberated areas, Obote's Uganda, lacked any iota of democratic content! For it was characterised by imposed autocratic UPC chairmen, rabidly ruthless youth wingers and partisan chiefs! All held the country at ransom, unleashing a reign of terror among the population!

Although the NRM didn't introduce the Maoist Protracted People's War in Africa, they through the RCs, were the first to fundamentally democratise their liberated areas. This Maoist strategy had earlier been introduced by Ben Bella in Algeria, Amilcar Cabral in Guinea Bissau, Eduardo Mondalane and Samora Machel in Mozambique, the insuppressible Robert Mugabe in Rhodesia and Ernesto Che Guevara in the Congo.

The NRM's current reinvention will enable its defeating the political opposition galvanising around Robert Kyagulanyi's People Power/National Unity Platform formation. This reinvention is broadening and deepening the party's support base.

Hitherto the NRM primaries had been captured by a few local elites registered in the party's voters list. Many key candidates lost because they had focused their attention on these registered voters, causing a contradiction between themselves and the unregistered supporters.

Hence when Museveni democratised the voters list, they lost!

Given its heroic liberation credentials, the NRM requires to eliminate the emerging "do or die" attitude and related thuggery that exposed itself in some areas during these primaries. Furthermore, constituencies in the Greater Kampala area, are overpopulated and require to be equitably sub-divided as has been done elsewhere.

Examples being Kira and the amorphous Nansana municipalities. Incidentally, both were in the core Luwero Tringle during the war of liberation. Currently, each have populations of more than 600,000 people!

The National Electoral Commission and Parliament need to address this anomaly as a matter of urgency. That noted, Museveni's decision was visionary and is bound to lead to the NRM's victory.

The writer is the Deputy High Commissioner of Uganda's Mission in Pretoria, South Africa