Why you need to grow pawpaws 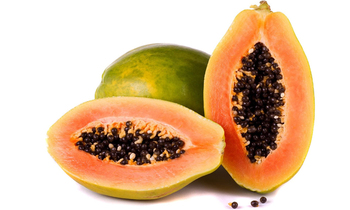 This is a common fruit in Uganda, however, few farmers are growing it commercially. In Uganda, it is commonly called pawpaw or papaali, however, it is also called papaya.

While most people in Uganda consume it directly as a fruit, the pawpaw can be used to make fruit salads, refreshing drinks, jam, jelly, marmalade, candies, and crystallised fruits. In some countries, green fruits are pickled or cooked as a vegetable. At the moment, the price of pawpaw in urban markets ranges between sh1,000 and sh7,000.

During the early days, you need to weed to keep off grass.

Generally, you would be spending at least sh200,000 on maintenance of the farm. After six months, yields will start.

Pawpaws can be grown in any area that has good rainfall. They thrive in warm areas with adequate rainfall and a temperature range of 21-33°C. Its altitude range is similar to that of bananas, from sea level to elevations at which frosts occur (often around 1,600m). However, they grow best in areas below 1,000 metres.

The quality and yields are low at higher altitudes. In places such as Kapchorwa and Kabale that sometimes get chilly, pawpaws will not perform well. This is because cold weather can kill the plant.

While the cool and overcast weather delays fruit ripening, hence depressing fruit quality. The fruit tastes much better when grown during a warm sunny season.

Papaya grows best in light, well-drained soils that are rich in organic matter, with soil pH of 6.0-6.5. It can tolerate any kind of soil provided it is well-drained and not too dry. The roots are sensitive to waterlogging. Short periods of flooding can kill the plants.

Pawpaws are propagated by seed. To reproduce the desired characteristics, it is best to get seeds through controlled pollination.

The use of sterilised soil minimises losses resulting from nematodes and damping-off fungi. Germination takes two to three weeks.

Another practice is to sow the seeds in sterilised nursery beds and to pick them out at the two-three leaf stage, then transfer three-four seedlings to each container. Seedlings are transplanted at two months, when they reach the three-four leaf stage or 20cm height, preferably at the onset of the rainy season.

During transplanting, take care not to disturb the roots. Older seedlings recover poorly after planting. Papaya needs adequate drainage and is often planted on mounds or ridges. The plantation can be productive for over 10 years, but the economic period is only the first three-four years. It is, therefore, advisable to renew the plantation every four years.