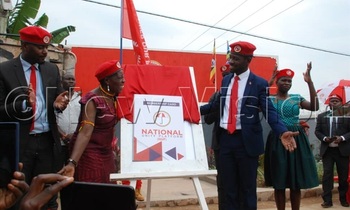 The white, navy blue and red NUP membership cards with the umbrella logo bearing a QR Code and membership pledge, costs sh1, 000 each.

Joel Ssenyonyi, the spokesperson of NUP and the People Power movement, said 1,200 people across different parts of Kampala had by then picked membership cards at the offices in Kamwokya.

"This is a big step on our side," Ssenyonyi said. He added that the distribution of the membership cards has been extended to the constituencies and parish levels in different parts of the country.

He further revealed that the returning of the nomination forms ended yesterday, and that over 6,200 aspirants had picked forms for the over 1.7 million elective positions under the People Power ticket in an exercise that opened about two weeks ago.