Kenya nabs fugitive wanted by US for wildlife, heroin trafficking 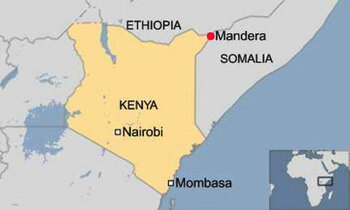 Kenyan police said Tuesday they had arrested a fugitive who is wanted by the United States for large-scale trafficking of rhino horn and ivory, as well as heroin smuggling and money laundering.

Abubakar Mansur Mohammed Surur, a Kenyan citizen, was arrested after arriving in the port city of Mombasa on a chartered aircraft from Yemen, according to a statement by the Directorate of Criminal Investigations.

The statement said he "had been flagged as a wanted person in the United States for ivory-related offences".

Surur was indicted in 2019 by the US Drug Enforcement Agency along with three others for alleged "large-scale trafficking of rhinoceros horns and elephant ivory and heroin distribution."

They are accused of "conspiracy to smuggle at least 190 kilogrammes of rhinoceros horns and at least 10 tonnes of elephant ivory valued at more than $7 million."

Surur was also charged with conspiracy to commit money laundering.

Two of his co-accused, a Liberian and a Guinean, were arrested in 2019, while the fourth remains on the run.

According to the indictment, the four men were members of "a transnational criminal enterprise based in Uganda and surrounding countries that was engaged in the large-scale trafficking and smuggling of rhinoceros horns and elephant ivory, both protected wildlife species."

They are accused of conspiring to smuggle ivory and rhino horn from a variety of African countries to buyers in the US and Southeast Asia between December 2012 and May 2019.

Poaching has caused the population of African elephants to decrease by 110,000 over the past decade to just 415,000 animals, according to the International Union for Conservation of Nature (IUCN).

The slaughter is fuelled by a seemingly insatiable demand for rhino horn in Asia, where people pay huge sums for a substance -- coveted as a traditional medicine -- that is composed mainly of keratin, the same substance as in human nails.