2021 Africa Cup of Nations postponed by a year 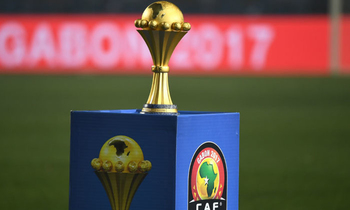 African countries have suffered to varying degrees from the pandemic with South Africa the hardest hit among those south of the Sahara, recording more than 144,000 cases, while Egypt has suffered the worst in North Africa with over 66,000 infections.

"The peak of the pandemic has not been reached yet," Ahmad added.

The Cup of Nations was set to be played in January and February 2021, reverting back to its traditional winter slot after experimenting with a summer tournament in Egypt last year.

The CAF Champions League will complete its matches in September while the Confederation Cup will wrap up towards the end of this year with a 'Final Four' expected to take place in Morocco.

These last two competitions were interrupted in March ahead of the semi-finals phase.

Another tournament that has also been pushed back is the African Nations Championship for domestic-based players. It will kick off in Cameroon in January 2021.

Other CAF special events including its star-studded awards ceremony, featuring the likes of Liverpool duo Mohamed Salah and Sadio Mane, have also been cancelled.

CAF members who attended the meeting did not discuss regional qualification matches for the 2022 World Cup in Qatar.

Ahmad said the current decisions are subject to change with the fluidity of the virus contagion.

Ahmad also announced the cancellation of the women's Cup of Nations which was scheduled to take place in November while revealing the launch of a new club competition for 2021.

"I am expressing my pride in seeing the birth of a women's Champions League on the African continent," the CAF president, who faced allegations of sexual misconduct last year, said.

The embattled president, who was also questioned last year by French authorities in Paris over corruption allegations, added that new board elections are tentatively scheduled for March 2021 in Mauritania.

His chequered tenure of the scandal-prone body saw the departure of Moroccan general secretary Mouad Hajji in March.

Last week, FIFA pledged $1.5 billion in grants and loans as a relief fund to help national and continental federations in stemming the economic downturn caused by the pandemic.

Other regional football competitions slated to be played this summer have also been delayed such as the European Championship and Copa America.

A number of top European leagues have returned to action over the past month and a half, with matches played in empty stadiums and under strict health protocols.